Explore the Goto Islands off the coast of Nagasaki

If you prefer beaches and stars to people and cars, then welcome to Goto: you’ve come to the right place. Scattered off Nagasaki’s coastline, the historic archipelago’s five islands proffer the kind of local charm that’ll transport you far from any kind of madding crowd.

First things first: to get the most out of an island that’s surprisingly hilly for its size, it’s recommended to rent a car. As for staying the night, my top pick is Utojuku Hostel for its comfortable beds and clean facilities, but more particularly, for its double life as a futon shop by day and buzzing bar by night. Say hi to the owner’s dog, Chikuwa.

If you’re a history fan, make Goto Castle your first port of call. Although the castle itself — the last one ever to be built in Japan — is long gone, its imposing walls and moat remain, hiding within them the local high school as well as a peaceful garden modeled on Kyoto’s legendary Golden Pavilion. Then head to the nearby Bukeyashiki-dori for a taste of the island’s character a century ago, featuring a distinctive type of security alarm: ‘dropping stones’ set atop each wall, designed to fall and alert the samurai occupants to intruders. 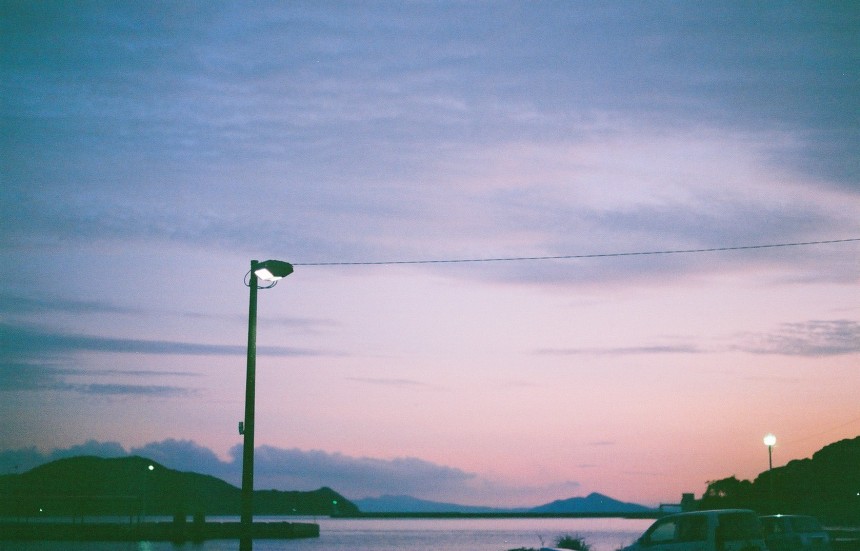 From the last of its kind, to the first: it’s no secret (well, not any more) that Goto provides a concentrated dose of Christian culture thanks to its past as shelter for the persecuted faithful, and the quaintly beautiful Imochiura Church on Fukue’s Western coast even houses the earliest Japanese Lourdes grotto. While you’re in the area, don’t miss the stark beauty of the Osezaki Lighthouse — once, before Okinawa rejoined the nation, Japan’s most westerly beacon — and the cliffs against which it guards.

Now that the history’s out of the way, it’s time to get down to business with some serious beach time. Takahama is top of most tourists’ lists, and its white sands and crystal waters are undeniably worth the visit. For a quieter but no less magnificent marine experience, however, try Kojushi. Sparsely occupied even in the height of summer, this bay not only offers great coastal views but also the chance to watch the production of one of Goto’s famous exports, sea salt — created by boiling seawater on copper pans atop ferocious coal fires. The hut next door sells ice cream on weekly flavor rotation.

For the more adventurous traveler, Goto boasts some of the best diving spots in Japan: Goto Diving Lagoon is staffed by a mix of native English and Japanese speakers, whose friendliness and professional competency will have you at ease in the water no matter your skill level. Be sure to reserve early if you’re going in the summer as it can be busy. 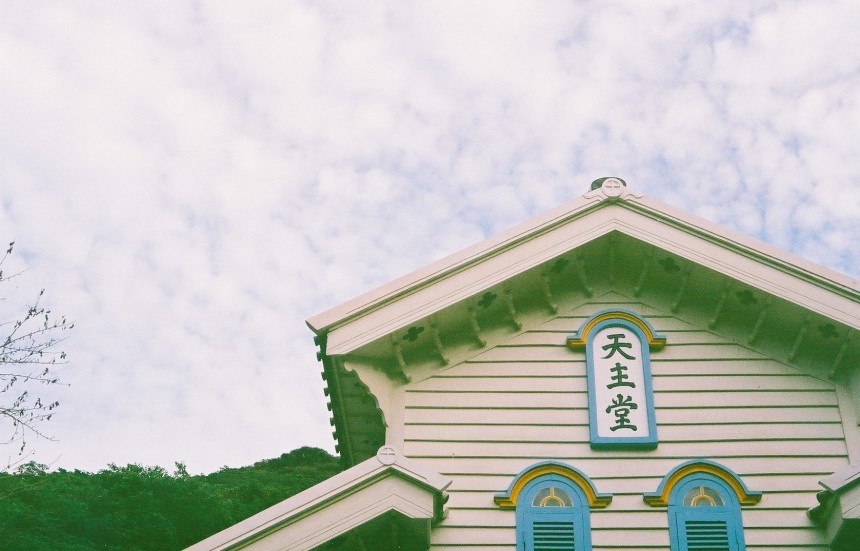 If talk of octopus has you hungry, you’re in luck: Goto is a slice of paradise for those who enjoy the lighter side of Japanese cuisine. And if you’re thinking it’s all sashimi and nigiri out here, think again: Goto draws foodies from across Japan for its succulent grass-fed beef and its udon, which has a highly-prized soft, yet firm texture thanks to the tsubaki oil applied to the noodles during their manufacture. (The oil does wonders for skin and hair, too; pick some up at the airport or ferry terminal).

Tucked away in the village of Tomie, the tiny Toshi Ramen is worth the drive: turn off the coastal road and through the torii gate on your right and you’ll have stumbled across noodles worthy of worship. Most restaurants will serve Goto beef set meals; Mochizuki, a cozy shop in the center of town, is one of the most affordable — reservations are recommended. If you’re after something Western, Mogu café near Fukue’s town hall — open for lunch and dinner — does the best taco rice this side of Okinawa. Perhaps the coziest spot on the island is the newly opened Moksha Ayurveda center, serving a consistently fantastic curry lunch from 12pm-2pm and running yoga classes upstairs. 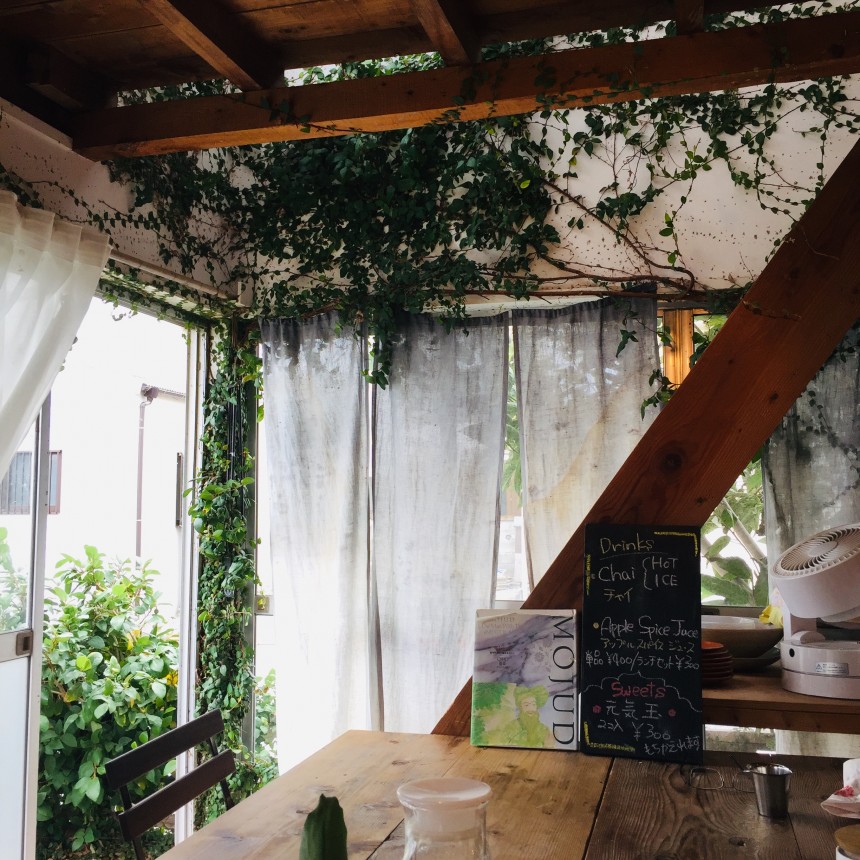 By now you’ll have noticed the giant green hill dominating Fukue’s landscape — it’s actually a (dormant) volcano whose lush slopes host an annual kite-flying festival. Hike to the top for unrivaled views of the East China seas, then head down the slopes to the Conkana resort, whose sprawling grounds accommodate a winery and an onsen with mineral-rich, rust-colored waters to cure you of all alcohol-related ills. Stick around until sunset to be rewarded with Goto’s greatest treasure — its night sky. A visit to the Onidake Observatory is the highlight of a night on the island and costs only ¥300, plus a call before 5pm to make a reservation. It’s not an exaggeration to say that the stars will take your breath away.

Needless to say, there’s more to Goto than Fukue. For world-renowned sunset spots and udon-making classes, visit Kamigoto: time your visit for late May to experience the wonders of the annual firefly-watching festival. On Naru Island, try your hand at woodworking at the Three Brothers workshop and visit the newly crowned UNESCO World Heritage Site Egami Church, the pilgrimage site of a faithful community of ‘hidden Christians.’ The islands also offer horse riding, fishing, glass-bottomed-boat cruises and much more: visit gotokanko.jp for more details.