Dressing by your own rules

Without a doubt, the biggest barrier to bringing more young men into the fashion fold is that they don’t like being dictated to by the tides of trends. After all, the business of something being “on-trend” or not is just that: a business—albeit a fun one, if you enjoy the buzz of the new. However, especially in Tokyo, a shop staff’s cry that a design is ninki (“popular”) is liable to induce the opposite effect from the intended; some men just want to make up their own minds. 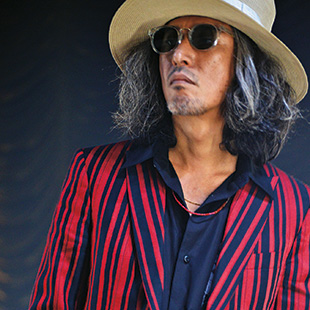 It’s a phenomenon probably born from the fact that men’s participation in fashion is still pretty optional, while women’s still tends to be expected. Still, the tills don’t lie, and with fashion spending up year-on-year by men worldwide, it looks like the future is one where men want to up their fashion game. They want to enjoy expressing themselves using the same trend-based system that always has something new to sell them. But that still leaves the sizable portion of men alienated by the trend narrative. They may still want to dress well, but they want to choose their own style, buy wisely, and know that, whatever they buy, they can wear it until the seams give way.

In Tokyo fashion, vintage shops have long been the haven of men—and women—who wanted to opt out entirely but still dress well. The destinations tend to be on the outskirts of trend-based fashion hubs: Naka-Meguro and Shimokitazawa sit just outside Shibuya, offering the promise of timeless cool, while Koenji, the Mecca of vintage in West Tokyo, orbits the city as a satellite of sorts. The irony of it all is that, as vintage fashion started sprawling into the mainstream in the late 2000s, trend-thinking started to seep into the vintage scene too, with shops rushing to push certain items, whether racks of mandarin collar shirts, or the current trend sweeping Tokyo: MA-1 nylon bombers.

How long the trend-based system can last, even as classic designs are constantly reinterpreted and reinvented with each passing season, is another matter entirely. The relentless desire for newness is constrained by the limitations of the human body. However, my personal advice to those alienated by the trend-based system is that, even if rounded shoulders are considered on-trend because the majority of designers are doing them, there will be someone out there doing padded or slim, or any kind of shoulder you can imagine. Add to that the fact that the hypercritical fashionista trope doesn’t exist to any real extent in Tokyo, and as long as you’re enjoying dressing well no-one’s liable to care.

Extending a firm middle finger to the notion of trend-based fashion is cult label Anglasad, from designer Mamoru Shimizu. Presenting their Spring/Summer 2016 collection pointedly outside the Tokyo Fashion Week schedule by a month, Shimizu eschewed the polished runways of the Hikarie Building, where the official shows are held, for the sticky floors and downtown charm of the Tokyo Kinema Club live house in Uguisudani, East Tokyo. Beyond the venue itself, the location is a stone’s throw from Ameyoko in Ueno, a bastion for the man who wants to buy a tailored suit or heart leather jacket in a non-fashion setting. This is reflected in the collection itself, which offers order-made suits and a series of timeless fashion classics that have stood the test of time.

Themed “Outmode,” as in outmoded or out-of-date, the collection marking the 10th anniversary of the Anglasad brand did not stop at kicking out timeless fashion staples. It also reached further into our conceptions of being “in fashion” by throwing in some ideas from traditional Japanese menswear, asking in the process just where these ideas disappeared to. In total, the collection was a collage of masculine ideas and ideals; new in total, but the parts somehow very familiar.

Adding some controversy to the proceedings, the collection also deployed deliberately nationalistic Japanese imagery, including riffs on the rising sun flag and traditional motifs beloved by yakuza and yankii alike. This also celebrated the power these ideas have over fashion, taking pride in motifs that can’t possibly be claimed by the trend-based fashion establishment.