An international sanctuary for sports fans

A simple pick-up game can be challenging for Japan newcomers who play basketball. Finding people and a place to play can be an arduous process for residents in a new environment.

Tokyo Gaijins hosts a broad variety of activities and get-togethers. According to Alex Cervantes, who is in charge of pick-up games, the whole organization sprouted from basketball over a decade ago. 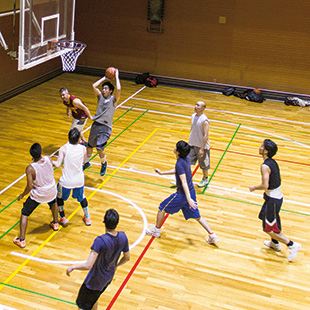 Founder of Tokyo Gaijins, Ricky Farinas—otherwise known as Ricky Gaijins—remembers that it was difficult to locate spaces to play basketball. Thanks to his love of the sport, he created Tokyo Gaijins, where foreigners could have the opportunity to shoot hoops with others.

Cervantes explains that one aspect that sets Tokyo Gaijins apart from other Tokyo-based groups is that it offers players more independence. Whereas some groups spend a significant amount of time warming up collectively, Tokyo Gaijins gives their players freedom to warm up on their own, allowing for more time to play.

In a way, Tokyo Gaijins acts as a refuge for foreigners with a love for basketball who have struggled to find an environment in which to play. Events manager Hanae Shiga says, “If you want it regularly, it’s difficult. Usually you can show up to any public basketball court—but it’s usually booked out, taken over by the locals, or it’s difficult to join.”

The language is another huge barrier for many non-Japanese players. Since half of the Tokyo Gaijins community is foreign, the games are primarily conducted in English, with a bit of Japanese for those who aren’t fluent. 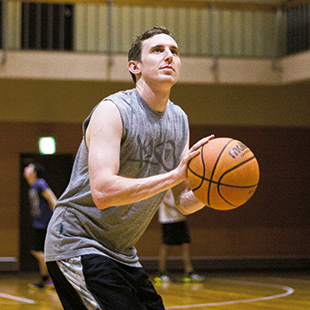 Charles Mwale, a Tokyo Gaijins player, mentioned that he had trouble finding places and people to play with. Mwale says the style played in Japan was different from what he was used to, adding that, due to the language barrier, he “wanted to meet people from different countries [because] it’s easier to communicate with people.”

As with Mwale, communication was also a contributing reason for Luke Yamamoto’s joining. Originally from the Philippines, Yamamoto joined so that he could communicate easily with fellow Filipinos and other foreigners during games.

Tokyo Gaijins is convenient for those who are residing in Japan temporarily. Cervantes says, “A lot of the feedback that I get is that a lot of people come here short-term—like one, two, or three years. It’s hard for them to make friends at work, and Tokyo Gaijins is a good place to make friends. Sports are always a great way to meet people.”

Tokyo Gaijins attracts a variety of foreigners who, in addition to basketball, enjoy the variety of activities on offer, such as rafting, hiking, surfing, snowboarding, go-karting, and many other adventurous get-togethers. It’s an ideal outlet for meeting new, outgoing people with similar hobbies.

“The attraction is that you can meet a lot of people who have the same interests and same background,” states Shiga. “For example, I have people who have been abroad and want to make foreigner friends, or foreign people who want to meet Japanese friends that speak English.”

Sessions are held at Minato’s Labor and Welfare Hall. A ¥1,500 fee is collected at the beginning of the session, but shooting hoops in between games is free of charge. Games are scheduled four to five times a month, and sessions last anywhere from two-and-a-half to three hours.