From omurice to tonkastu and everything in between

洋食 Yōshoku, literally Western food, is Western-style cuisine adapted to the Japanese palate. After a 1,200-year ban on eating meat, during the Meiji Restoration period Japanese ports were opened and travelers to Europe and America discovered Western cuisines. The Japanese people were encouraged by the emperor to eat meat in order to grow stronger, the way foreigners were seen at the time. As meat was not a part of traditional Japanese cuisine, they adopted meat dishes and preparations from overseas, founding the unique yoshoku cuisine.

In yoshoku, rice is served on a plate (not a bowl) and eaten with a fork and knife (not chopsticks) and is called raisu (not gohan). Ketchup is used to flavor rice for omuraisu or for coloring spaghetti. Bread crumbs are used instead of a flour-based batter to coat items before deep-frying.

Yōshoku-ya (Western-style restaurants) vary between casual and high-end. If the tables are white-clothed, including establishments like Toyoken, Shiseido Parlour and the second floor of Taimeiken, expect a larger bill.

カツ Katsu, short for katsuretsu (cutlets) refers to breaded and deep-fried meats such as pork, chicken and ground meat patties (menchi). Ginza Rengatei was the first restaurant where breaded and deep-fried pork was first served, buta niku no katsuretsu, now more commonly known as tonkatsu. Rengatei was also the shop to pair katsu with shredded cabbage. 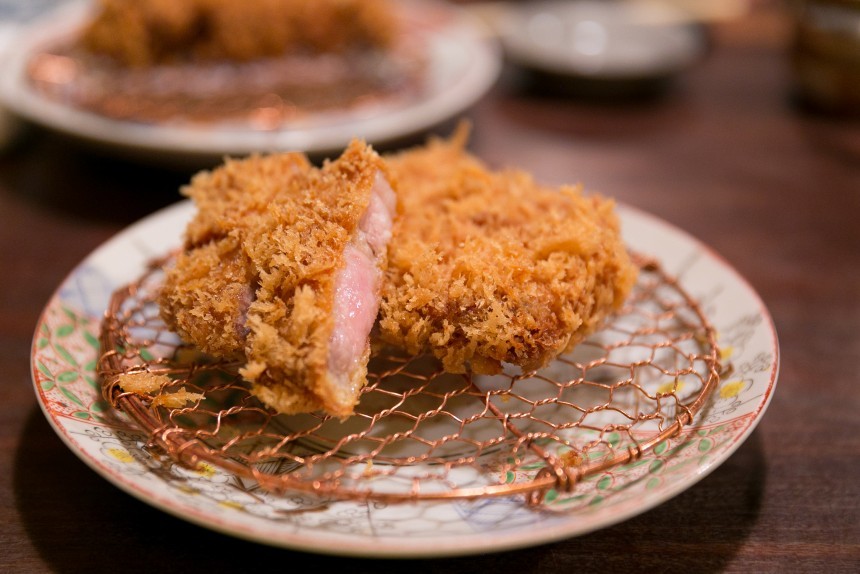 ハンバーグー Hamba-gu– – not a hamburger on a bun, but a meatloaf-like burger often dressed with a demi-glace sauce and served with cooked vegetables like carrots, potatoes and green beans or broccoli.

カレーライス Kare- raisu – curry rice. While curry is an Indian dish, the Japanese version is based on what the British navy was serving in the 1870s. For a very special version, check out Akasaka Toyoken’s black curry. It is made with Matsuzaka wagyū. The dark color starts with three-weeks of simmering the wagyū fat with flour and spices. In the end it takes a month for this dish to come together. 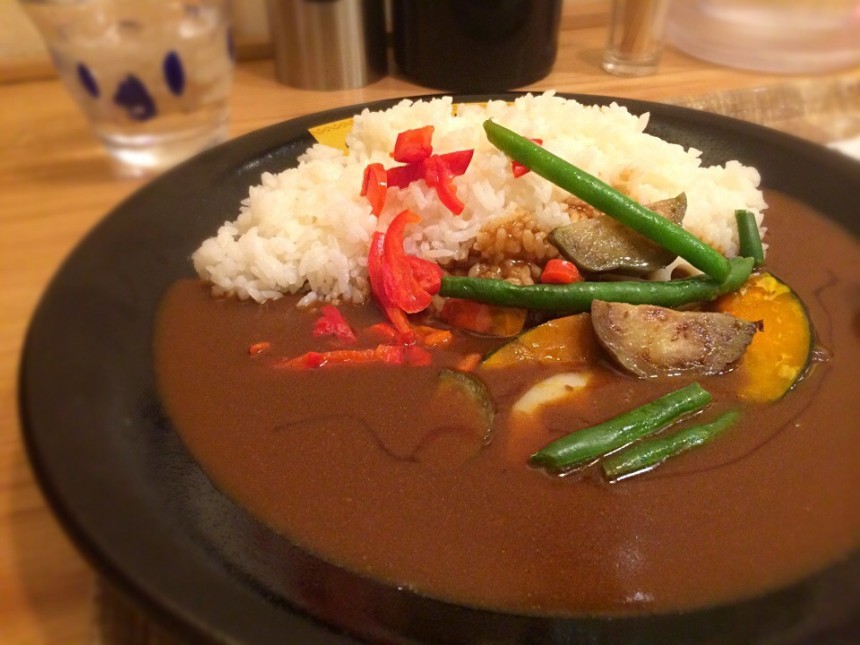 コロッケー Korokke – croquettes are based on the French dish. Japanese croquettes are made from mashed potatoes, often mixed with some ground meat and vegetables then formed into a patty. They are coated with flour, egg batter and bread crumbs, then deep-fried.

かにクリームコロッケー Kani kuri-mu korokke – crab meat in a creamy white sauce that is breaded and deep-fried.

ビーフシチュー Bi-fu shichu – beef stew with hearty, tender chunks of meat. Comes with an offering of vegetables, but the meat and rich demi-glace sauce are the heart of this dish.

グラタン Guratan – gratin refers to cream-based dishes that are usually topped with some cheese and grilled until golden. Common fillings include pasta, chicken and seafood.

Rengatei 煉瓦亭
Chuo-ku, Ginza 3-5-16
http://www.ginza.jp/en/shop/894
Opened in 1895, tonkatsu can be traced back to this historic restaurant in the heart of Ginza. 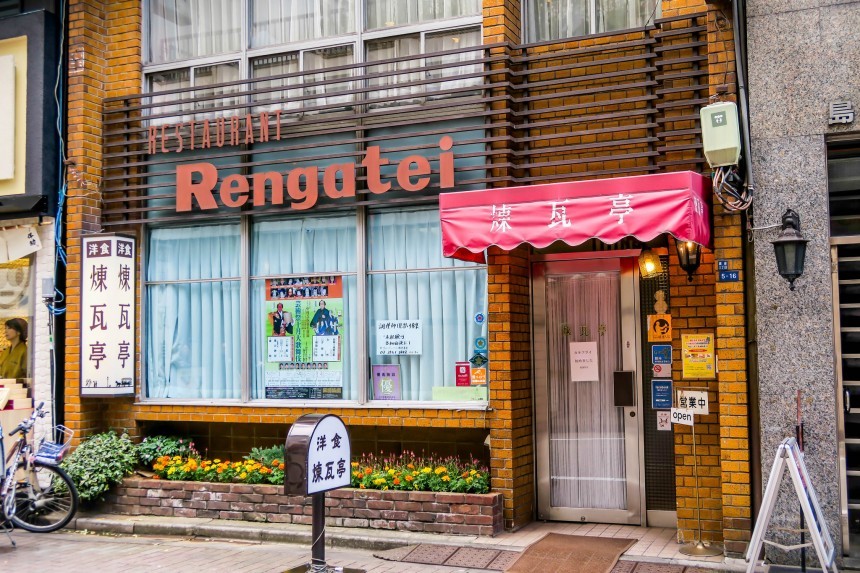 Taimeiken たいめいけん
Chuo-ku, Nihonbashi 1-12-10
https://www.taimeiken.co.jp
Hiroshi Modegi is a third-generation chef at the popular Nihonbashi eatery. Insider tip – the main shop often has a long line in front. Instead, walk down the street to Nihonbashi Mitsukoshi to the eat-in counter in the depachika of the annex. There is also an eat-in counter at Shinjuku Takashimaya’s depachika.

Toyoken 東洋軒
Minato-ku, Moto-Akasaka 1-2-7, Akasaka K Star Tower 1F
http://www.tokyo-toyoken.com/open.html
Chef Yoshihiro Narisawa of the namesake Narisawa is a consulting chef at Toyoken. He has revamped the recipes to elevate them to a top-level French restaurant. The black curry dish here has a rich history. The aji furai was the best I have had in my life, not fishy, but clean and light. Toyoken’s first shop opened in Mita in 1889.

Shiseido Parlour 資生堂パーラー
Chuo-ku, Ginza 8-8-3
http://parlour.shiseido.co.jp/ginza/
On Chuo Dōri, Shiseido Parlour started in 1902 as a soda fountain serving house-made ice cream and was the first to sell soda water. In 1928 it became a high-end yoshoku restaurant and was popular with famous writers like Yukio Mishima and Yasunari Kawabata as well as kabuki actors. Come here to celebrate a special occasion.