Being a herbivore among meat-loving family and friends can make choosing a restaurant all about compromise—but not at T’s Restaurant, a vegan eatery located in the classy neighborhood of Jiyugaoka, an area especially popular with women who come to shop at its many trendy stores. 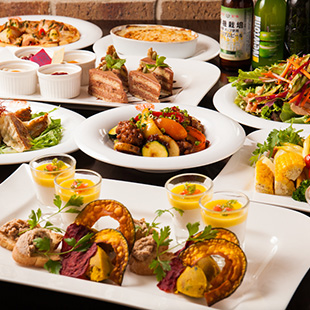 Here, veggies and non-veggies alike can put their differences aside to enjoy what anyone, anywhere can always appreciate—great food.

Found on the basement floor of the shopping complex Luz Jiyugaoka, the restaurant has a bright and woody interior with an open kitchen and a tempting display of desserts greeting customers upon their entrance. The lunch menu (from ¥1,350 on weekdays) includes a salad and a choice of coffee or tea, with a selection of main dishes, including the spicy, coconut-flavored Massaman curry and doria with paella-style rice covered in a soy béchamel sauce.

The cauliflower mousse offered as a side dish is so rich and creamy that it’s hard to believe it’s dairy-free—as a matter of fact, you probably wouldn’t be able to guess if you weren’t pre-warned, but that goes for just about anything on the menu. 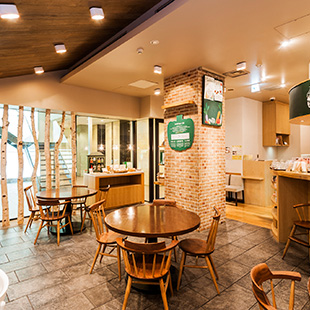 One of the great things about T’s Restaurant is that taste is never sacrificed for the food being vegan, and the same dishes that veggies usually have to avoid elsewhere can be enjoyed without leaving you feeling dissatisfied—even for those who aren’t accustomed to vegan eating.

There are also plenty of dessert options, such as the T’s parfait and caramel crème brûlée, and on your way to the cashier, you can even pick up some of the food products used in the restaurant kitchen, such as the béchamel sauce, vegetable stock and curry, to enjoy on your own.

So next time you’re trying to decide on a restaurant that will satisfy those of every dietary persuasion, try T’s Restaurant and you won’t be disappointed.

The 10 Best Vegan and Vegetarian Spots in Tokyo

The small town with an ancient oasis