Unwrapping the Reality of Recycling in Japan

How Japan’s relationship with recycling turned from “mottainai” to “shouganai”

In his 2018 presentation on Japan’s Circulation Policy for Plastics, director of policy planning in the Japanese Ministry of the Environment, Yusuke Inoue, dedicated a whole slide to “mottainai culture” in Japan. Meaning “Don’t waste,” it’s a great concept and has been around for centuries, but are people actually practicing it in their daily lives when it comes to recycling and reducing waste? And are governments really applying this culture to their waste disposal and recycling processes on both local and national levels?

While Japan has made inching progress in moving from rank 51 to 45 on the CCPI (Climate Change Performance Index), it still ranks in the bottom of the G7 countries in its efforts to become sustainable and environmentally friendly. It’s already 2021 but the country is still using the 3Rs (Reduce, Reuse, Recycle) as one of their main campaign models for recycling, an idea that was first adopted way back in 2004.

Still, despite these rather embarrassing statistics, it’s easy to fall into the trap of thinking that Japan is making a change towards better recycling. The country plasters “SDGs” everywhere — from train advertisements to major TV celebrities doing feature segments on the importance of making environmental practices a priority. During the recent Olympics, Japan even highlighted that they are working toward being carbon neutral, but three of its major sponsors for the Games, SMBC, Mizuho, and Tokio Marine, were also major backers of coal developers. 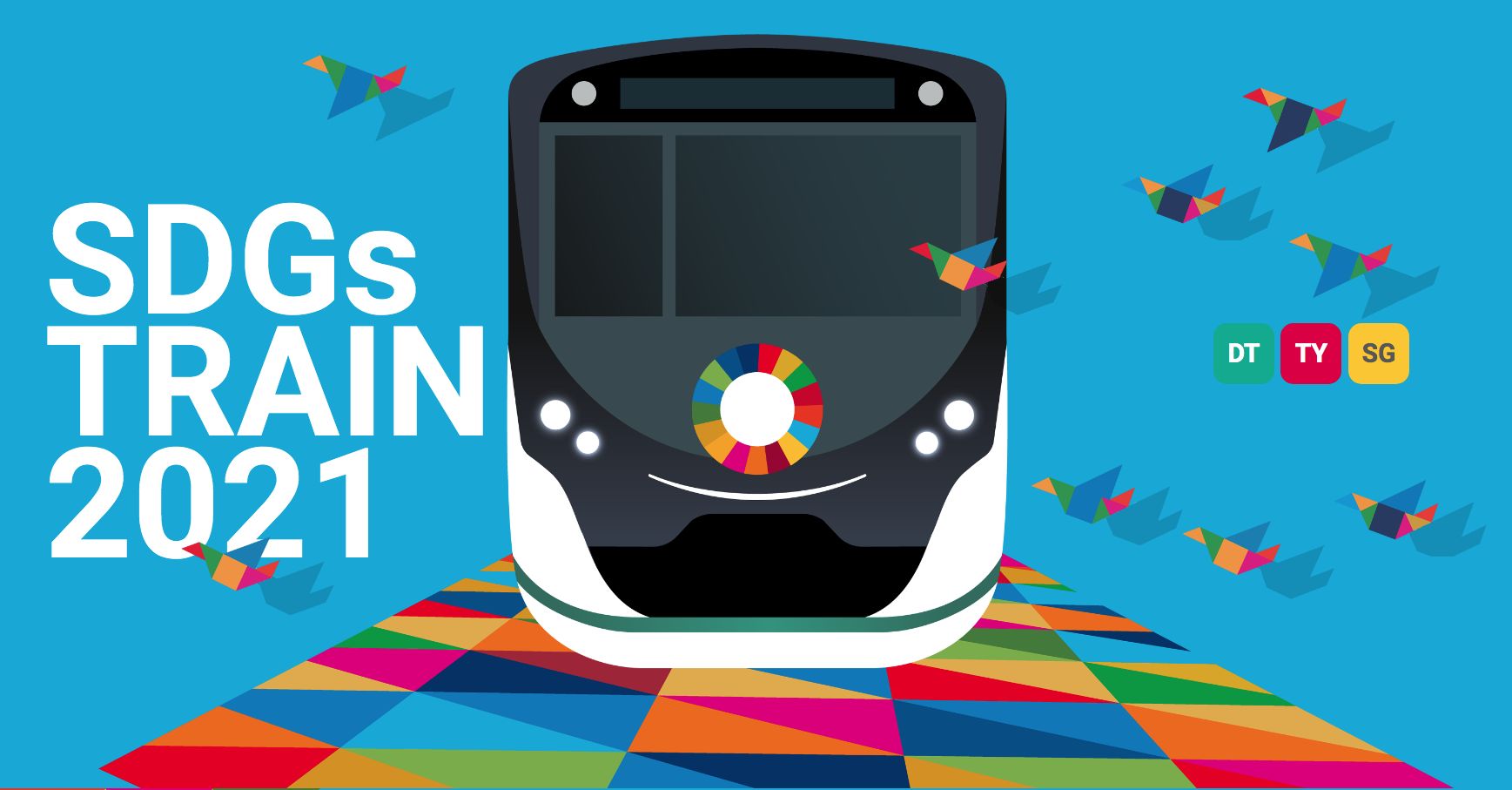 In 2020, Japan finally caught up to the trend of stores charging a fee for plastic bags, but in many supermarkets, customers can still use thinner plastic bags free of charge. Go into your local store and you’ll still see hoards of customers bagging their groceries into multiple small plastic bags.

While it’s not global breaking news that Japan isn’t great with recycling, what’s causing this pseudo-environmentalist culture? Though some efforts to improve are being made on the surface, once we push past all the branding, advertisements and campaigns, what is the reality of what is recycled here? And what does Japan and its citizens need to change about their mindset for the future if they are to achieve their carbon neutral goals?

Unwrapping the Reality of Recycling in Japan

“Officials say around 84% of plastic is recycled in Japan, but thermal recycling makes up 56% of this, and burning waste can’t be good for the environment,” says Noriko Shindo, co-founder of Ekolokal. Ekolokal is an app that maps out sustainable restaurants and shops in Japan. Shindo founded Ekolokal along with Helene Queguiner after the two decided that the “shouganai culture” about waste needed to change in Japan.

The organization also hosts events like beach clean-ups and shop-alongs to create a community and a space where people can get advice on how to live a zero-waste lifestyle in Japan.

If Shindo’s point isn’t enough to make you question Japan’s discrepancy between its methods of recycling and its public campaigns, Mona Neuhauss, of No Plastic Japan, has an experience that makes you want to at least check your local convenience store’s recycling situation.

“The outside is nice, but the inside is different,” she says about stores’ PET bottle recycling stations. Most recycling spots in convenience stores and public spaces in Japan feature labels guiding people on how to separate the cap from the bottle, burnable from unburnable waste etc. But, Mona explains, it turns out that everything ultimately falls into the same trashbag. 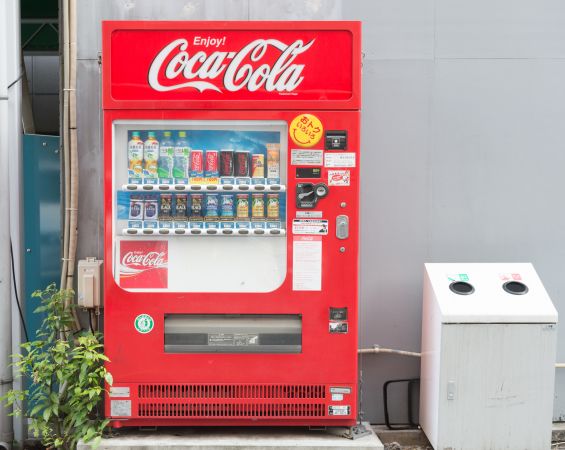 Originally from the UK, Mona Neuhauss took what she already knew about sustainability to Japan. While reusable straws were already trendy in the UK, three years ago, Neuhauss got odd looks from restaurant workers in Tokyo when she told them that she didn’t need a plastic straw. Her organization features an online shop where you can purchase reusable straws, and a website where people can read blog posts about sustainability.

Neuhauss came to understand, through the many events she attended, that the general public in Japan believes that the country is strong at recycling because of all the “eco-campaigns” conducted by companies, but people don’t seem to question any further than what they can see.

“A lot of companies say they’re focusing on SDG initiatives, but a lot of it is just green washing,” says long-time Japan resident Glen Wood. Prior to co-founding logistics company Smart Visions Logistics (SVL), Glen had been working for financial companies like MUFJ and Goldman Sachs. His current company now focuses on introducing sustainable practices that also reduce costs within a corporation’s business model.

Wood points to Coca-Cola, a company in Japan that brands themselves as being “eco.” The phrase “ecoる, Coca-Cola” is written on the side of many vending machines, which can mislead people’s impression of the company. If you actually look at statistics, Coca-Cola is still the worst offender for plastic pollution, and no amount of machines with “ecoる” tagged before the brand name can change that.

The country’s recycling problem doesn’t just stop at plastic. We can also turn to another major industry: Fashion. While digging for information, Diya John from Swap Stories Tokyo found that close to 90% of clothing ends up being incinerated and that from the early 2000s to 2014, global consumer purchase went up by 60%. Although clothing stores like H&M are known to have clothing recycling programs, it is not fully confirmed that the clothing gets fully reused. 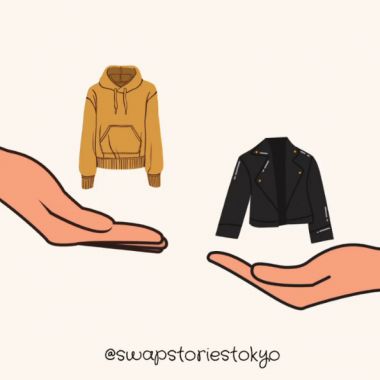 As a result, John began Swap Stories Tokyo, an initiative that connects a community of people who, instead of tossing out unwanted clothing, can exchange clothing with one another. John initially did her swaps over just Instagram and Facebook, but has expanded events held both online and offline.

With all of this being the reality of recycling, how can Japan move to a better sustainable future?

Actionable Results from the Corporate World and the Community

While talking to all four sustainability activists, one point was made clear. Big corporations need to take responsibility in reducing waste.

Shindo explains that there are great initiatives from the community, like the zero-waste center in Kamikatsu, which sorts waste into 45 categories, and circular bento rental programs where people can rent a bento box from MUJI stores in Kamakura and Ginza and return it to the stores, but she wonders how scaleable these projects are. Therefore, she believes that accessibility is also an important factor in achieving more sustainability, and hopes that Japanese companies can take a larger responsibility in recycling.

“A lot of companies think that they have to pay higher costs if they implement sustainable practices,” Wood says. “But actually, it’s more expensive to ‘get rid of waste’ than it is to reuse materials.”

Wood shares the story of a particular case of a fast-food chain restaurant the SVL team worked with. “Stubbornness seemed to be an issue here,” he says. “The company was unwilling to recycle the cardboard that they had in the ‘trash room’ because the room was labeled ‘trash.’ Tons of cardboard is shipped to China every year which ends up getting resold to us as paper, so I wanted to help the company reuse its cardboard. The kicker was that all we had to do was change the name of the room to ‘recycling room’ for them to let us use the cardboard.” 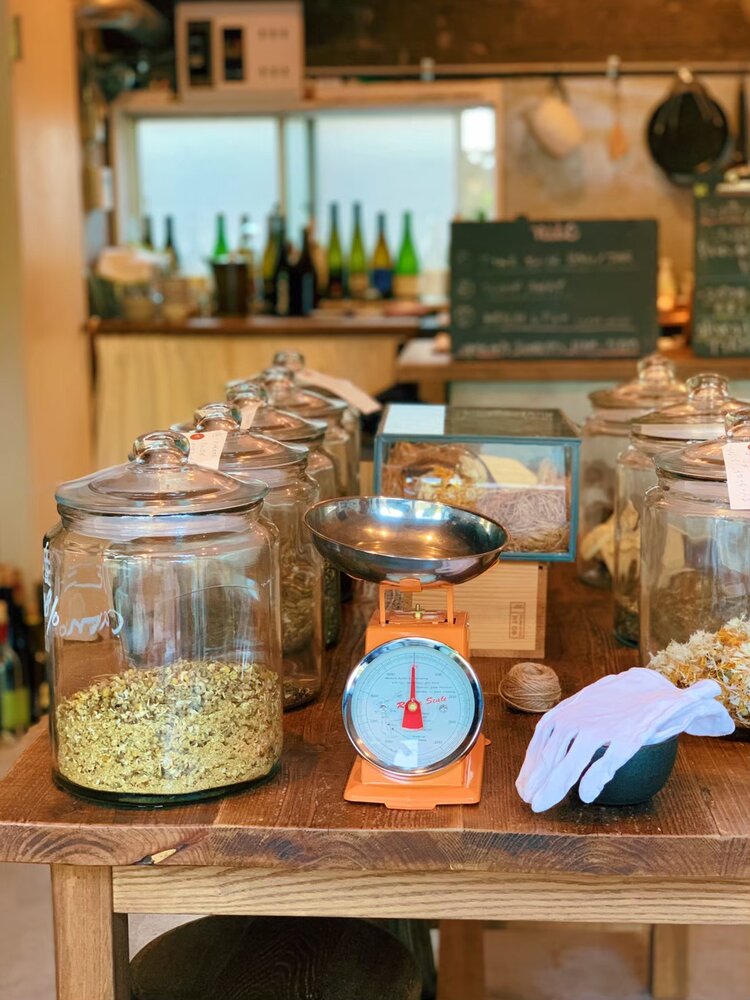 Nue by Totoya is one of the most dedicated zerowaste stores that sells organic dried foods such as nuts, dried fruits, pasta, as well as olive oil, honey and wines.

Neuhauss took matters into her own hands as well when trying to influence scaleable sustainability in corporate culture. She started off by managing the zero-waste store, nue by totoya in Kokubunji, Tokyo. Customers are invited to bring their own reusable containers and bags for their groceries, thus eliminating the need for traditional single-use plastic packaging.

Its success soon led to the recent opening of the largest zero waste store in Japan, totoya kyoto. To attract more customers to the store, it not only focuses on sustainability but also exploits impressive tech that makes shopping not only eco but more efficient than normal grocery stores, such as a chip-technology that pre-registers the weight of containers and digitizes all products. The challenge now, and one that Neuhauss is hoping to see overcome, is to encourage more stores to follow suit, using the current store as a model for sustainable success.

On top of corporate responsibility, Neuhauss also believes in the power consumers have to create change. She points out that many Japanese shops take customer reviews into consideration, so she encourages people to write reviews urging shops to change their plastic usage problems.

John’s initiative also works well when it comes to the consumer level. Passing clothing amongst friends and family was normal for her in India, but this culture doesn’t exist in Japan. With Japan’s limited diversity in terms of clothing sizes, she hopes that the variety of sizes and designs in clothing at the swaps will push more people to participate in them, and hopes to in turn spread the message about sustainable fashion.

Where to go from here

While it’s clear that corporate responsibility will play a big role when it comes to the future of Japan’s recycling reality, Wood makes a crucial point: rather than seeing things like plastic as “waste,” we should reframe our minds to see everything as a “resource.” This thought process, however, should be compounded with the responsibility the Japanese government must shoulder as well. If the government wants to make a change, it should move towards reducing plastic production and banning plastics, instead of only thinking about how to recycle it once it has already been produced.

“I’m happy that I can make a positive impact on the environment, but I hope that, eventually, people won’t need an app like Ekolokal and that everyone can be more waste-conscious,” says Shindo when asked about Ekolokal’s own future.

Shifting blame back and forth between consumers and corporations when it comes to Japan’s sustainability goals is not ultimately helpful. What the country needs instead, is to move away from the “shouganai culture” that its citizens have adopted, and to encourage everyone to tackle the reality of recycling together. 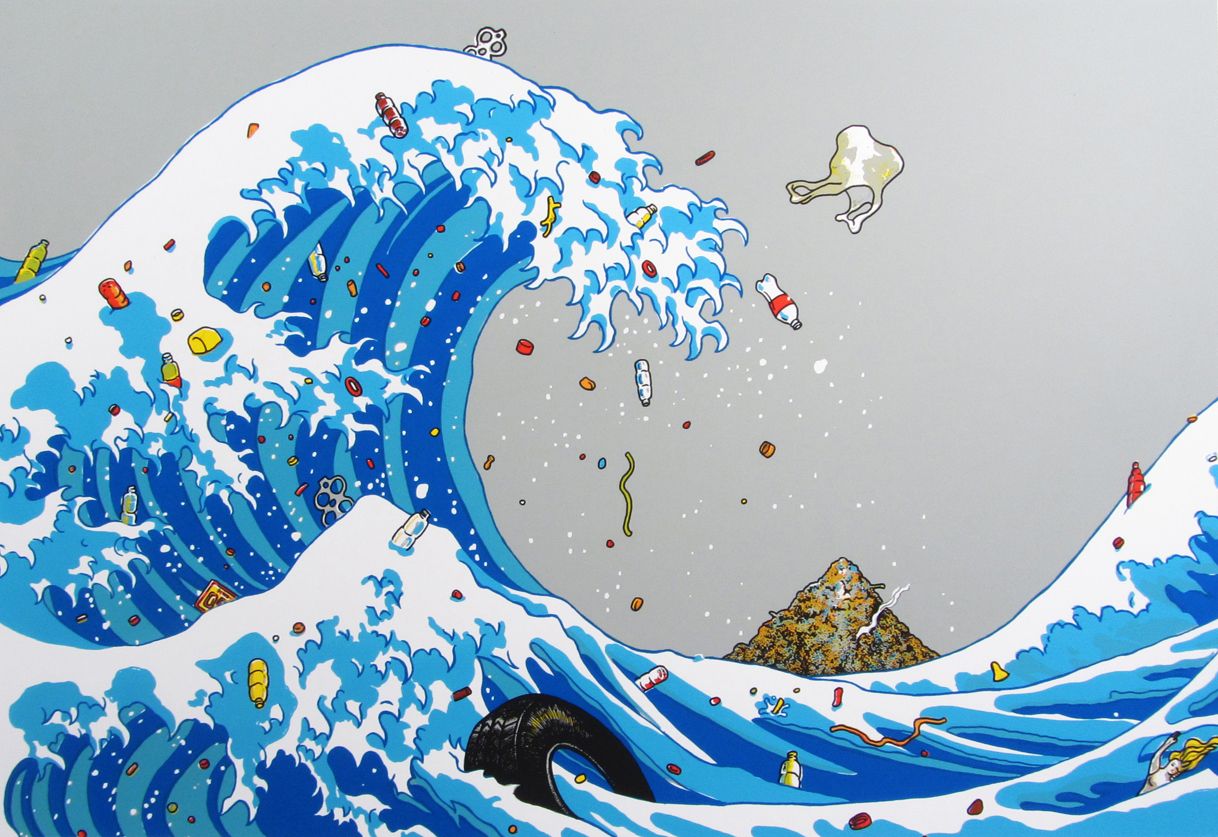 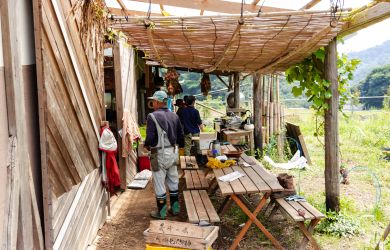 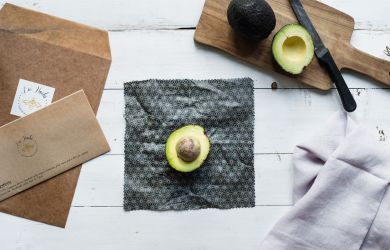 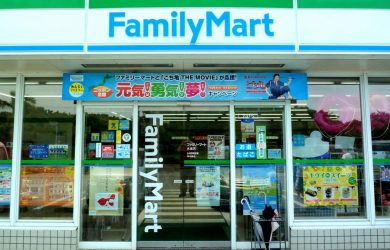 The Price of Plastic