Power and metaphor in ‘The Memory Police’

“How does it feel to remember everything? To have everything that the rest of us have lost saved up in your heart?”

Yoko Ogawa’s dystopian tale of a woman living on an island where the clinical and ruthless Memory Police make objects ‘disappear’ was inspired by the diary of Anne Frank. Beautifully translated by Stephen Snyder, “The Memory Police” is a deeply disturbing read, full of intimate interactions and piercing insight centered on a novelist under an authoritarian surveillance state as increasingly essential objects vanish one by one.

Written in 1994 but translated into English and published in the U.S. just last year, “The Memory Police” soared to the top of countless “Best of 2019” books lists. It isn’t the first time Ogawa’s novels have found critical success. “The Housekeeper and the Professor,” published in 2003 in Japan and translated into English in 2009, enjoyed similar renown. “The Diving Pool,” a collection of novellas, includes her Akutagawa Prize-winning story “Pregnancy Diary.” She also has a substantial catalogue of novels and short stories that, while you can find them at your local Kinokuniya, remain untranslated and unknown outside of Japan. Her bio is simple and to the point: “Ogawa has won every major Japanese literary award.”

The hype is deserved. Ogawa’s captivating work explores countless pressing issues with innovative literary approaches, ranging from memory and authoritarianism, to the human body and patriarchal control. The profound themes, creative literary techniques and intricate network of allusions across diverse cultures in “The Memory Police” and Ogawa’s broader catalogue speak to a truly unique literary accomplishment.

“What will happen if words disappear?” One of Ogawa’s narrator’s nightmares comes to fruition when novels are made to disappear from the island. But R, who remembers novels and ribbons and bells and emeralds and stamps — which the narrator can barely recognize even with them right in front of her — pushes the narrator to keep writing.

But how can a novelist forget how to write a novel? How is it possible to forget even a ribbon? After all, in our own lives, forgotten objects resurface easily when we see them again; meeting people from our distant past can help us recall intensely specific and intimate memories.

Not under the authoritarian regime of the Memory Police. “Novels have disappeared,” the narrator says. “Even if we keep the manuscripts and the books, they’re nothing more than empty boxes. . . . they signify nothing . . . The word ‘novel’ itself is getting harder to pronounce.” Once the Memory Police methodically eradicate all disappeared objects from the island, the people living there are left unable to recall or comprehend the disappeared objects even if they find them. Watching this reality unfurl in the book is nauseating to a reader, both fantastical and unfathomable. I would remember that, a reader thinks.

But this utter erasure of the human ability to remember is far from metaphorical. In fact, it has happened in history before. The German-Jewish philosopher Hannah Arendt famously argued that the Nazis perpetrated the Holocaust through the exact same kind of authoritarian control. 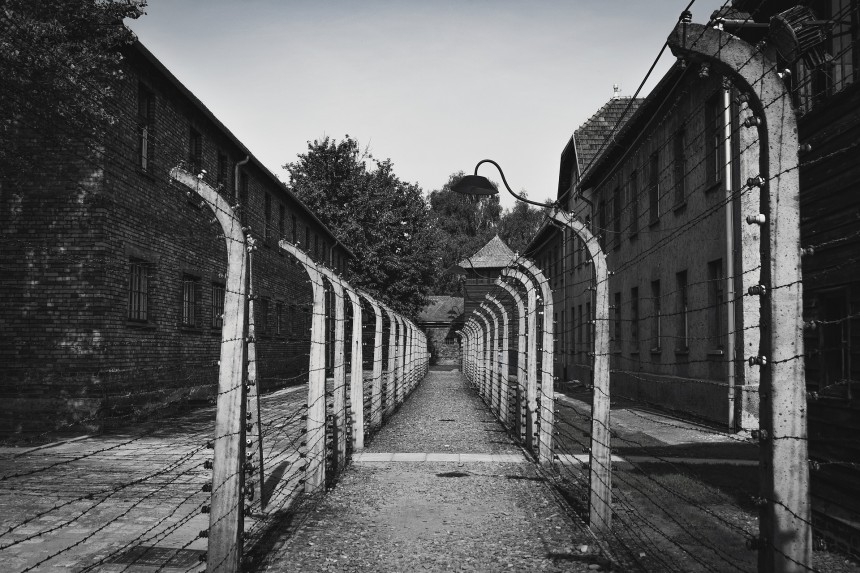 Inspired by the diary of Anne Frank, “The Memory Police” speaks to the dangers of authoritarian regimes.

In her landmark essay “Total Domination,” Arendt demonstrates that when an authoritarian regime completely regulates the rules of society, that regime has the power to alter human nature. In the case of the Holocaust, the Nazis eliminated spontaneity as a form of human behavior through concentration camps, transforming “the human personality into a mere thing.”

Since the diary of Anne Frank was a major inspiration for the book, the connection becomes all the more pertinent and alarming. The Nazis were able to eliminate human empathy and spontaneity, and Ogawa shows us a regime certainly with the power to destroy human memory as we know it.

The possibilities of the human body

Ogawa also writes about the human body as a metaphor, capable of expansion, modification, destruction, and regeneration. This mind-bending concept plays out throughout her many novels and stories and builds on a literary tradition stretching as far afield as Africa (especially the Cameroonian philosopher Achille Mbembe).

This theme plays a large role in Ogawa’s early success “The Pregnancy Diary,” where Ogawa explores the effects of pregnancy on the female body. Her untranslated short story “Selling Tears” centers on a troupe of musicians who make instruments out of their own bodies; another untranslated story, “E.B.’s Impossible Dream,” is about a boy born and raised in an elevator, who only grows to the perfect miniature size for his job as an elevator boy even as an adult.

“The Memory Police” again shows us how the human body can be transformed and controlled. The protagonist’s left leg — and eventually her entire body — is made to disappear, no different from the roses and novels previously vanished from the island.

But this utter erasure of the human ability to remember is far from metaphorical. In fact, it has happened in history before.

“R massaged my disappeared leg,” Ogawa writes. “He worked at it for a long time, as though he thought his efforts might bring it back. . . . [But] no warmth, no sensation at all came to my leg from his touch.” Even though the narrator’s leg clearly still exists, in a way, it doesn’t exist at all. A reader can’t tell if Ogawa is telling us that these bodily transformations and disfigurations are metaphorical or real — and that’s exactly the point.

On top of it all, Ogawa also has plenty to say about femininity, patriarchy, and control. In “The Memory Police” as well as in stories like “The Housekeeper and the Professor” and the untranslated “The Professor’s Caretaker” (yes, the two are different), Ogawa tells stories about gender power dynamics and women struggling to break free from the control of men.

Ogawa’s novels demand rereading before you catch it all. She masterfully executes her signature literary form — a form of surrealism where metaphor becomes reality. Women losing their voices manifests as women literally being unable to speak. An elevator boy trapped by his job means that he is actually trapped in the elevator.

In an era where the definition of literary and artistic innovation is far from settled — after all, the year’s most beloved piece of art was a banana duct-taped to a wall — Ogawa displays the virtuosic feat of advancing five or six daunting philosophical dilemmas at once, strung like harp strings across beautiful and terrifying stories. It’s a titanic literary accomplishment worth recognizing.