“A Whole New World” it’s not

In case you haven’t noticed, Disney, which prides itself on its creativity, has of late been churning out live-action retreads of its animated classics, with mixed results. We’ve had Tim Burton’s Alice in Wonderland (which managed to make Johnny Depp dull), Kenneth Branagh’s magical Cinderella (with a magical Lily James), Jon Favreau’s most excellent The Jungle Book, Bill Condon’s unwatchable Beauty and the Beast, Marc Forster’s Christopher Robin (not really a remake) and Burton’s Dumbo (snore). 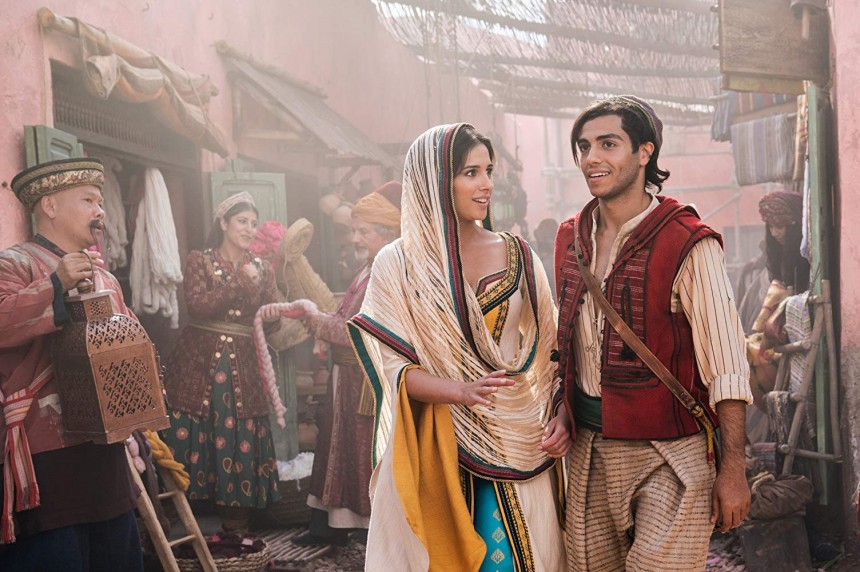 Now Guy Ritchie tackles 1992’s Aladdin. Briefly put, it does not bode well when this reviewer finds the pop culture-heavy singing and dancing to be the high points of a movie. The elaborate production numbers, while choreographically more Bollywood than Arabian, are spellbinding (it’s always fun to watch Disney spend money). 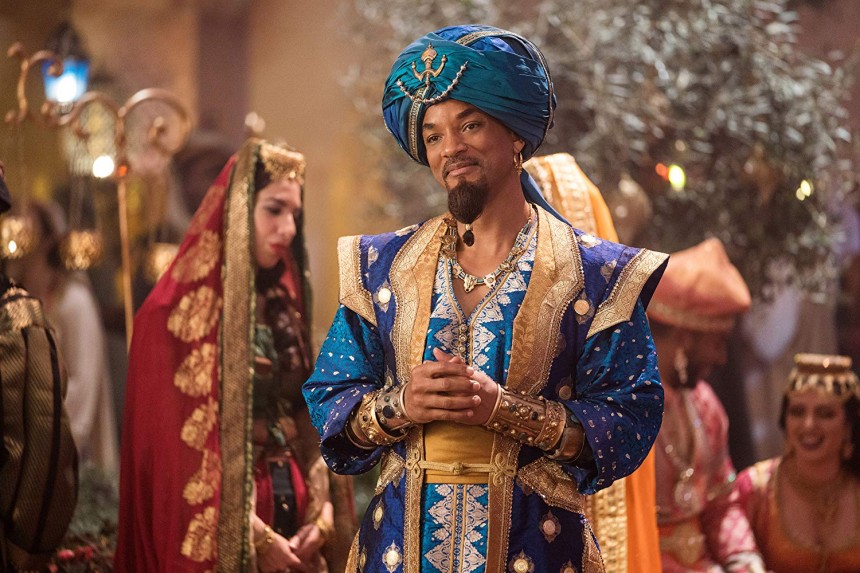 And you’ve got to hand it to Will Smith, who puts his all into the difficult role of the Genie, made all the more daunting by Robin Williams’s memorable voice work back when celebrity stunt-casting was a new thing. The movie absolutely sings whenever Smith’s strutting his multifaceted, street-wise stuff. But while Naomi Scott is luscious as Jasmine, the movie tanks whenever the cute-but-charmless Mena Massoud appears. This is a problem because, well, his is the title role. I didn’t hate it. It’s never unpleasant. Kids will love it. But it never shakes the “perfunctory” label.

Due warning: next up are remakes of The Lion King, The Hunchback of Notre Dame, Lady and the Tramp, Pinocchio, The Little Mermaid, Mulan, and even Lilo and Stitch. Sigh. (128 min)