Art/Cult and Commerce: Japanese Cinema Since 2000

As a new decade begins, the Japanese film industry finds itself in a curious predicament. As The Japan Times noted in a recent article, while domestic box office numbers are on the rise, Japanese cinema’s international ambitions continue to decline. Despite some outliers, like Hirokazu Koreeda’s Cannes-winning Shoplifters, or anime such as Makoto Shinkai’s Your Name (which is slated for an American live action remake), contemporary Japanese film remains largely out of reach for English-speaking audiences, and few foreign film distributors have demonstrated interest in filling the gap.

However, Japanese film enthusiasts have an ally in Mark Schilling, chief film critic for The Japan Times. His new book, “Art, Cult and Commerce: Japanese Cinema Since 2000,” is a culmination of his impressive thirty-year career, picking up where his previous collection, “Contemporary Japanese Film” (1999) left off. Comprised of short essays, interviews and reviews previously published in The Japan Times, “Art” provides an exciting window into the post-2000 Japanese film landscape, shedding much-needed light on both commercial and arthouse films and directors that remain obscure abroad. 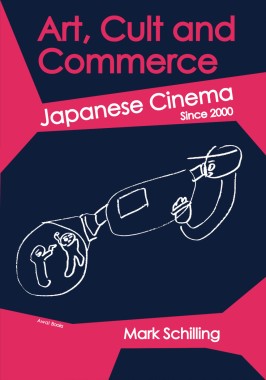 “Art, Cult and Commerce: Japanese Cinema Since 2000” is available on Amazon.

The sections in tandem create a dynamic portrait of Schilling as an essayist, interviewer and valued commentator of the medium. In the book’s introduction, Schilling is candid about his decision to focus on Japanese film rather than Hollywood fare — it’s more rewarding to be the first in line as a reviewer than the thousandth voice. That decision has given Schilling enviable access to an often inaccessible industry. Schilling’s knowledge of Japanese cinema is formidable, and the book’s strongest section is arguably the interviews, where his depth of reference even catches his subjects by surprise from time to time. Highlights include film director Nobuhiko Obayashi (of House fame, seemingly as incapable of giving a boring interview as he is making a boring film), Kohei Oguri (refreshingly, openly vexed about the reception of his latest film Foujita), actress Kyoko Kagawa (who worked with Ozu, Mizoguchi and other giants of Japanese cinema’s “Golden Age” of the 1950s and 60s), Teruyo Nogami, the longtime, unsung assistant of the legendary Akira Kurosawa and a series of indispensable interviews with Hirokazu Koreeda.

Schilling’s knowledge of Japanese cinema is formidable, and the book’s strongest section is arguably the interviews, where his depth of reference even catches his subjects by surprise from time to time.

The essays, while short, offer anecdotes about Schilling’s life in and around film, such as working as a script consultant for Edward Zwick (and navigating normal conversation with a surprisingly short, retainer-wearing Tom Cruise) and his friendship with the late, great film scholar Donald Richie. The most compelling essay points the camera back at himself, however, as he explores his consumption of onscreen violence after a brutal encounter in Italy.

The last section in “Art” features Schilling’s reviews from 2000 and onwards. They are collected chronologically, offering readers a survey of the shifting trends of the industry and demands of the audience. The chronology also demonstrates Schilling’s own evolution as a critic. For example, Schilling ends his review of Takashi Miike’s ultra-violent cult classic, Audition, (2000) with a plea for Miike, known for his wild and fluctuating style, to be acknowledged as “one of the leading [directors] of his generation.” It’s safe to say time will honor this request, but not necessarily for the better: Miike’s appearances on Schilling’s annual “Best Ten” lists dwindle as the years go by and Miike’s work becomes less interesting. The increasing diversity displayed within those annual lists also reveals one of Schilling’s most admirable qualities as critic: he affords every film his full attention, seemingly regardless of the genre, medium or target demo. Schilling is a generous critic, and his enthusiasm, particularly for new voices in the Japanese film fray, is infectious. His reviews of Hayao Miyazaki’s Spirited Away and Masaaki Yuasa’s Mind Game, two anime classics from two very different directors, read equally reverent — Schilling is energized by a new artistic peak of one master and the emergence of perhaps another. Schilling has also worked to champion under-the-radar directors, such as Naoko Ogigami (Kamome Diner), Yang Yong Hi (Our Homeland) and Jun Ichikawa, a favorite of Schilling whose films, barring maybe his adaptation of Haruki Murakami’s Tony Takitani, have received little critical attention and distribution in English.

‘Art’ provides an exciting window into the post-2000 Japanese film landscape, shedding much-needed light on both commercial and arthouse films and directors that remain obscure abroad.

One could argue Schilling might be too generous — he’s keen on awarding four and five stars. And he sometimes undermines a genuine interest in women’s narratives by veering into the unnecessary (in his review of Love Strikes!, he wonders if Masami Nagasawa’s Japan Academy Award nomination was based on talent or ability to make steam “pour out of millions of male ears”). However, the reviews largely achieve what any good review should. Concise and persuasive, they leave the reader curious to check out the film for themselves. English audiences, however, may struggle to quench that curiosity. The material speaks to Schilling’s privileged and enviable position as a reviewer with access to films much of the English-speaking world still cannot see. So if Schilling is first in the line, the English readers may still find themselves sitting in the back, and those not well-acquainted with Japanese cinema will have to do some additional Googling to keep up with the discourse. 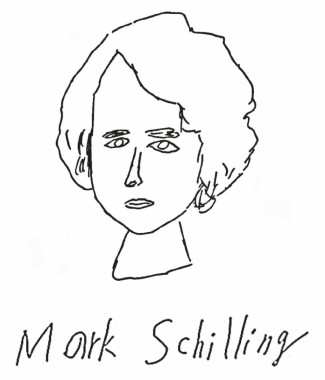 In that sense, “Art” runs into some of the same problems as Schilling’s earlier book. The title, like “Contemporary Japanese Cinema,” is perhaps too broad, promising a comprehensive primer of Japanese cinema in the post-millennium, but art, industry and commerce are emergent themes, explored in the abstract but not unpacked in detail. The onus cannot be placed entirely on Schilling, however, who is first and foremost a film critic, not a scholar, and the audience access barrier is something any film critic with an eye on the indie and festival circuit must contend with.

That said, Schilling’s essays on Donald Richie and his influence makes one wonder if it’s time for a contemporary Japanese cinema English uber-text. Richie’s bibliography, starting with “The Japanese Film: Art and Industry” (1959) is a vital work in building a twentieth century Japanese cinema canon, drawing attention to Kurosawa, Ozu, Mikio Naruse among other filmmakers who may have otherwise eluded the West. Their reputations continue to be boosted abroad by film theorists, arthouse screenings and easy availability via The Criterion Collection. But Japanese cinema, as Schilling’s books demonstrate, did not end with the death of Kurosawa, and there are many filmmakers waiting for the same kind of recognition and distribution. As 2020 begins and Japan sets its sights on embracing the global, hopefully the country’s closed cinema circuit may start to open up. It would be a pleasure to join Schilling in the first row, and see these films on the big screen, let alone small. 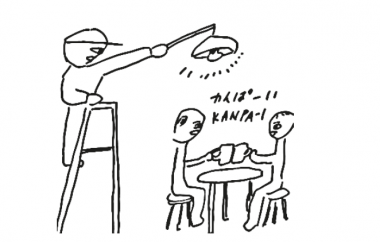 “Art, Cult and Commerce: Japanese Cinema Since 2000” is available on Amazon.

Alexa is a New York native currently based in Tokyo. Her areas of interest include books, film and TV, and other subjects that could be filed under “Culture.” When she isn’t writing, translating, researching, or studying Japanese, she likes listening to podcasts and sleeping. Alexa is learning to love natto.