Off-camera, it takes only a few exchanges to forget that Agnes, better known as Aki, is also the Aki, a YouTube personality who has amassed 3 million subscribers (2.9, she humbly corrects). And counting.

In 2014, she started the channel “Akidearest,” which was backed by a year-long promise to her parents that she could make YouTube a full-time job. The Filipino-American was born in California but soon relocated to Virginia. Her family eventually settled down in Las Vegas, and she set out for Japan in 2019. No matter where she was, her love for Japanese culture remained, proliferated by anime until it eventually coincided with her entrance into YouTube. 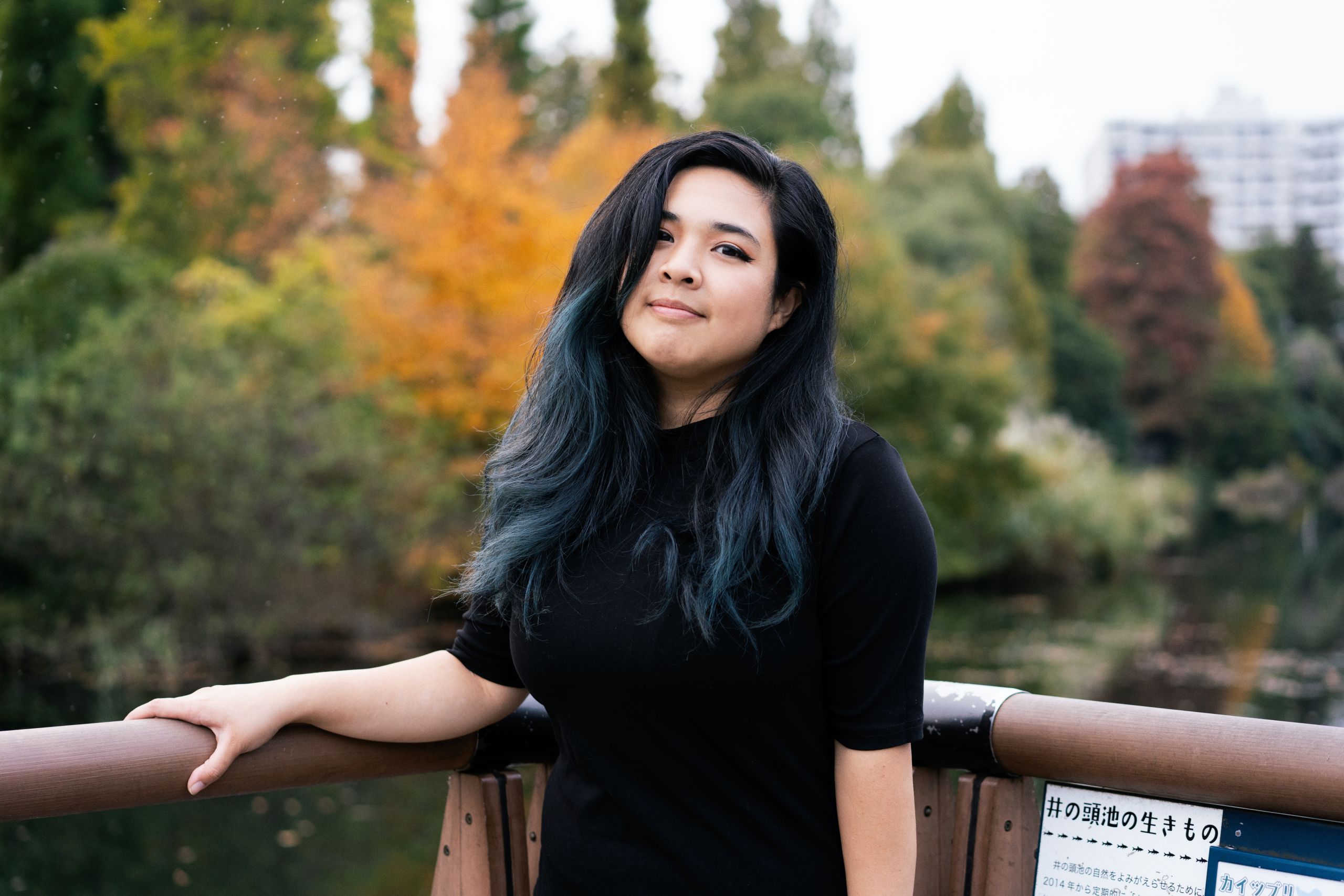 It’s early afternoon on a quiet Monday in a local cafe in Kichijoji. Dressed plainly in all black, the individual sitting in front of me is a far cry from what I initially had in mind. Diego exhibits the rare combination of palpable humility and contentment, nothing like the star in animeconvention- worthy cosplay (or, at the very least in a graphic tee) I had pictured.

“I’m shy as hell,” she readily admits. “It’s stressful to try and hide the fact that I’m an introvert. I have very little confidence outside the camera. A lot of YouTubers are like me, to be honest. If you think about it, they started in their room with a camera playing video games.”

As with almost everything we think we know about Akidearest, whose life is pushed to the front line of online entertainment, the reality is altogether different.

“When you’re a YouTube personality, everyone wants to know your personal life. There was a time where it was really overwhelming,” she says. “Sometimes the internet likes to look at things a little too deep — and a little too close, too.”

Aki started making videos when YouTube was in its infancy in the early 2000s. Her first few attempts featured anime music covers, recorded in her Las Vegas bedroom, which she kept private on her own account. It was only after she posted publicly about VOCALOID and the anime character Hatsune Miku that her channel took off. Within a month, she had reached 150,000 subscribers. 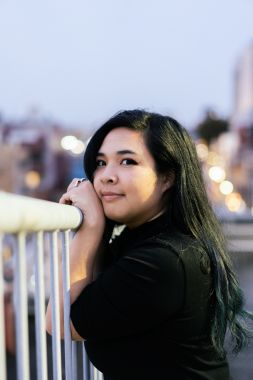 Yet beyond her lighthearted, anime-centric videos, there is a darker side to her job that fans tend to overlook. As anime and the video platform have O come to define her, there is a certain mental fatigue that also cannot be alienated from her life. She recalls her past obsession with social media: “There were times when I couldn’t go somewhere without having to post it on Instagram or Twitter.”

In a world where your career is dictated by ever-fickle public opinions, how do you draw the line between real connection and the digital? For Aki, it’s by embracing both; to dismantle the idea that to accept one is to reject the other.

“A lot of YouTubers say that numbers don’t matter to them, and I think that’s humbling to hear. At the same time, I think it’s important to care about numbers — just in a different light. I view it as something to motivate me, to push me to create better content. What I think is the problem is when views matter so much that it changes you as a person. I don’t want to be someone who picks their friendship group based on the number of subscribers they have.”

The content creator might have built her career around viral videos on anime and Asian culture (her most recent one features a recreation of Netflix’s hit series Squid Game), but she has found a way to break away from the stoic confines of the internet.

“I choose my days,” she says. “For me, I always make time for myself and my friends. Social media shouldn’t dictate your happiness and you should never take things for granted. When you realize that, you’ll be surprised how well your mental health will improve.”

LIVING UNDER A MAGNIFYING GLASS

It was an unassuming day in the U.S. for Aki and her long-term partner, another popular YouTuber known as “The Anime Man”, when a fan spotted them at a mall from four or five floors above. Almost immediately, the couple found their relationship under intense scrutiny; the observer had zoomed in on their camera, snapped a photo of the couple and spread it across the internet.

“I found out about that on Twitter,” she says. “Back then, we were keeping our relationship a secret. When it leaked, people were trying to break it down. As weird as it is, they are your fans. In a way, they love you so much that they want to get to know you.” 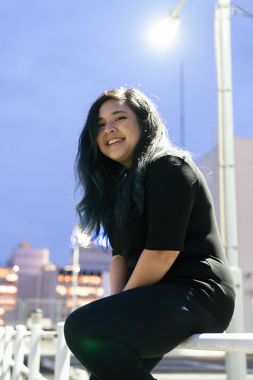 It’s not the first time Aki’s personal life has involuntarily come under the spotlight, nor will it be the last. The life of an influencer is synonymous with having your life out in the open.

“We’re not Hollywood stars. For those people, there’s a veil of mystery about them that makes it seem as if they’re not a person. Social media is different. Our fans want someone who is personable,” she explains. “They want to get to know me more and be part of my life. And it sounds unfair, but sometimes it does come with the job.”

With the borders between personal and public blurred, frenzied negativity on social media can be a slippery slope for artists trapped in hate comments. “It never stops hurting. As long as you’re in this job, the comments are just going to keep coming in.”

What about criticism? “My dad used to tell me that you know bad intent when you see it, and you can tell if this person just wants to hurt you,” she says. “These things — it’s something that everyone has to battle and come to terms with.”

Even during turbulent moments, Aki has enough faith to view things in a positive light. Instead of making them a heavy anchor to the past, she sees them as a bridge to grow. “Internet culture, in a way, has helped me be mindful about the things I say. It’s dangerous when we get too comfortable here and forget the responsibility we hold to our fans,” she says. “Sometimes people don’t give second chances.”

This is not to say that these things signify a loss in Aki’s creative buzz. At the center of it all stands her genuine passion for making videos. “I’ve always wanted to share my experiences with my fans, and I still do now. I know it sounds cliche, but once you find what makes you happy, life becomes a little bit easier to handle. Everything else will follow after.”

Ultimately, she believes in a balance between making creative sacrifices, straying away from the media and building opportunities. “When you’re someone who turns your hobby into a job, it’s important to have the mind of a businessman and the heart of an artist. If all you care about is the art without listening to anyone, you’re not going to grow. If you are about the numbers, you’ll lose that genuineness.”

WHAT THE FUTURE HOLDS

We’ve now strolled into Inokashira Park and are sitting on a bench. As we wait for the city’s afternoon chime to stop, silence nestles between us. I get the distinct feeling that Aki is still bubbling with opinions. We acknowledge that there’s a general uncertainty surrounding the long-term prospect of YouTube careers. 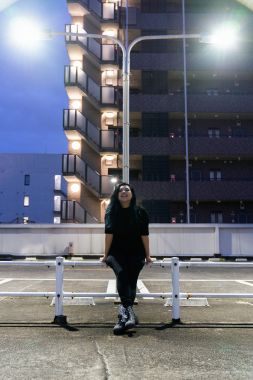 “YouTube has given me a lot of opportunities to challenge myself. I’ve had the chance to face my fears,” she explains. “At the end of the day, it is a very good stepping stone to introduce you to so many opportunities. While I don’t know what the future holds for me, I’m taking things one day at a time — whatever that means.”

Perhaps it’s Aki’s pacific attitude towards the whole ordeal that signifies her true perseverance, or perhaps it’s her humble disposition, but my curiosity only grows. I can’t help but sneak in one last question: Would she want her kids to be on the internet, too?

“Like, an imaginary kid?” she half-laughs, but she’s choosing her words well. She settles on this: “I would tell them to wait. The internet’s a pretty cruel place. I want them to experience the things they love without the need of having someone to see it all the time.” And don’t we all?