Zeroing in With Cero

Live shows can be a puzzle for bands. They head into the studio and create an album, only to have to re-imagine the new set of songs for the stage shortly after. Tokyo trio Cero didn’t worry too much when they started the nationwide tour for their newest album Poly Life Multi Soul.

“When we made the songs, we always kept the idea of live performance in mind,” the group’s vocalist Shohei Takagi tells Metropolis from a room in Tokyo FM, where they will fittingly play an intimate live show later that day. “So there wasn’t really a struggle to translate it to the stage. It was there from the beginning.”

But Poly Life Multi Soul — featuring Takagi, keyboardist Yu Arauchi and guitarist Tsubasa Hashimoto — isn’t the result of a band making concessions ahead of a busy summer festival schedule. Cero formed in 2004, and in the years since have explored nocturnal indie-pop, intricate jazz-pop and, on the 2015 album Obscure Ride that served as their breakthrough into the mainstream, laid-back funk. This outing, they’ve constructed topsy-turvy songs loaded up with polyrhythms and other musical techniques originating from around the globe. 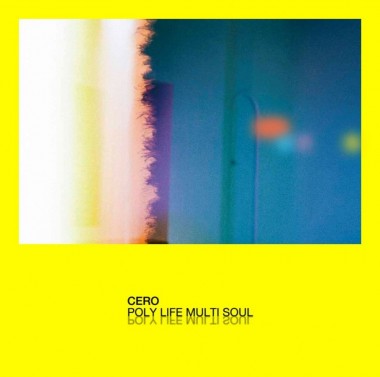 “Horns, keyboards, back-up vocals … we suddenly had way more layers to work with. More sounds to play around with,” Takagi says. “That was a big shift from Obscure Ride. We used a wider range of sounds, and rhythms, to create with.”

While it didn’t change the band’s song creation process, these elements allowed them to experiment. Arauchi brought the song “Buzzle Bee Ride” to the group, a squiggly number that he envisioned as mimicking a theme park “dark ride” (think Space Mountain, his personal fave). The beat, derived from jazz music, turned out to be a challenge to sing Japanese words over. “I was struggling, I get why nobody does this in Japan,” Arauchi says with a laugh, though he eventually found the right way to meld it all together.

“Since we thought polyrhythms would be central to the album, we thought we put too much focus on that in the beginning,” Takagi says. “It felt like it could become a little too much, overwhelming. We didn’t want to get too big headed.” This line of thought resulted in more mellow moments on Poly Life, notably the reeled-in shuffle “Flower Of Dusk.”

This focus on balance — to find complexity but not to baffle — ended up being vital to the album. “The key from the get-go was to make something that people could dance to,” Takagi says. All three members mention an interest in dance music during our talk, but not in the conventional four-on-the-floor style. Rather, they offer a more U.N.-friendly definition of the term, citing an interest in Afrobeats, Cuban music and South American sounds. Early feedback shows it’s working.

“I thought this album might end up complicated to do live, and that everything we did on it might end up being too complicated for people who came out. But it turns out, so far, everyone is so hyped and dancing for it,” Takagi says.

That will carry into the summer, with a handful of appearances at festivals in the coming months highlighted by a penultimate slot on Fuji Rock’s White Stage. That gathering in Niigata is one of Cero’s favorites, partially because it allows them to bring their live experience to punters. “Festivals in general, it’s usually way shorter than our own shows. So we can’t make a story out of the set. We just play songs, especially ones everyone can be like, ‘woooo,’” Takagi says laughing. “But with Fuji Rock, we can do something closer to a solo show, do a presentation.”

Given the intricacies of Poly Life, the extra time in that set is bound to give the band space to deliver. And give fans a little extra time to dance along to the polyrhythmic beat.