About 500 kilometers north of Tokyo lies Iwate Prefecture’s capital city, Morioka, which once flourished as a castle town called Nambu-Han in the Edo period. Though it’s a big commitment to visit the city from Tokyo, costing around ¥30,000 for the shinkansen (there’s also a night bus), the city still stands as an appealing destination thanks to its perfect ratio of urbanism to green countryside, and the reminiscent landscape of the Edo period.

Unlike Tokyo, Morioka retains much more of Japan’s traditional customs and lifestyles. While the city has welcomed popular foreign artists such as TOTO, Mr BIG and KISS, major shopping malls like PARCO and LUMINE have yet to take over the city’s landscape.

On the other hand, there are a handful of independent boutiques for fashion-conscious residents, and Choice is Yours is one of them. The store assembles an array of carefully selected fashion brands including Tokyo’s handcrafted leather brand Hender Scheme, Brooklyn-based LQQK STUDIO and South Korea’s The Internatiiional, to name a few. As the shop marks its 10th anniversary this year, Metropolis spoke to husband and wife co-owners Tomoki and Mutsumi Koyama about the company’s story and their goal of bringing self-liberation and self-expression to Morioka’s inaka (countryside) communities through fashion.

The beginning of Choice is Yours

The story of Choice is Yours began when Tomoki visited Morioka to see his friends. He fell in love with the city and it wasn’t long until he decided to move there. He met his wife Mutsumi while he was finding a place to live and together they opened Choice is Yours, formerly Appartement, in 2010.

Tokyo-born Tomoki and Iwate-native Mutsumi initially found it tough to manage a small business in the city without the know-how of running a fashion shop or having connections with many people in the community. “There was no social media a decade ago; we visited every possible place from ramen shops to hotels to put out flyers,” Tomoki recalls.

The following year saw the Tohoku earthquake and tsunami and the experience of this disaster brought significant changes to the shop. “It really was a tragedy when it happened but people started using Twitter to look for information and news, which enabled us to approach people living in the city. We followed them on Twitter to expose our brand. This was a more effective method than word of mouth,” Tomoki continues.

If the world ends tomorrow, I would spend the very last day in whatever way I wanted with no regret, instead of thinking about how to survive. If more people come to feel this way, I’m sure Morioka will be a more vibrant and exciting place.

After the first five years, the shop relocated to another part of the city and encountered a situation that forced them to rename themselves.  “We were asked to change our name by a big Tokyo-based company who owns a brand that has a similar name to ours,” Tomoki explains. “We decided to do so instead of spending a lot of money to fight against it. But we still wanted to show some resistance at least. Choice is Yours is the title of a song by my favorite 90s hip hop unit Black Sheep. I put a meaning to it, which is that a big company made a choice to force us, such a small shop, to change our name.

Subsequently, our shop sells art books as well as clothes, which is a bit confusing for the customers to define what we are when they explain our shop to others, especially when there are certain types of shops in the countryside such as book stores or supermarkets. Choice is Yours means it is the customer who defines what our shop really is, as well as us.” 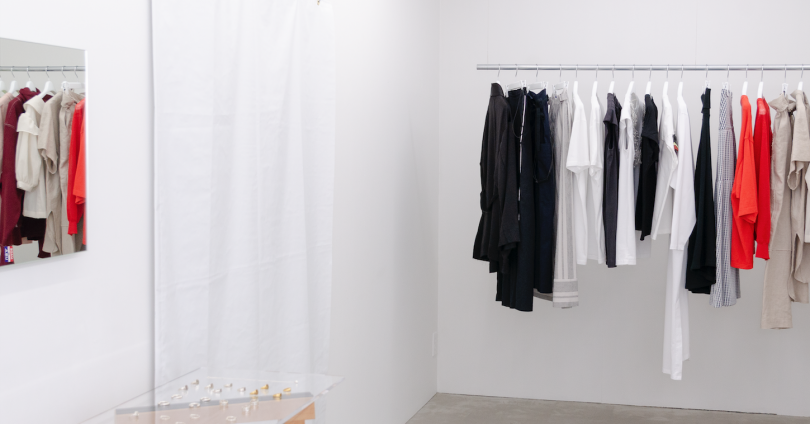 Differences between Tokyo and Morioka

Metropolis: The brands at your shop are quite luxurious. Do you have any difficulties presenting these items to people in Morioka where high brands are not so familiar like in Tokyo?

Tomoki Koyama: Yes, Iwate’s minimum wage is still very low and I think if we were in Tokyo our target customers would be single people in their late 20s to early 30s, but that’s not the case here. Early marriage is still a thing in Morioka, so people in their 20s or 30s already have their families and spend their money on housing, cars and kids. Younger people here, such as university students, are usually living with their parents so they have more money to spend on themselves, instead of paying their own rent.

M: What are the themes for your shop?

TK: We don’t produce clothes but we are designing a place for products we really love. When we opened, ZOZOTOWN was getting popular. Our aim is to provide more value and service than online shopping. We have a conversation with our customers; we can recommend items for them or introduce other brands they might like. It feels like a shop’s selection of brands is getting predictable nowadays, but we collect brands people wouldn’t see together at other shops. Our collections might come across as surprising or incompatible but that is a very reasonable thing to happen as we are not websites that try to predict and tailor to what you might want. All our brands are harmonized with each other as a whole.

Defining fashion in the Japanese countryside

M: Being in the countryside, it’s still difficult to know what brands are locally available, and even if you know about them it’s often not easy to access shops that sell them. How do you define “fashionable?” Does knowledge of brands make someone fashionable?

TK: It really doesn’t matter. It’s not the fashion that’s important, but it’s who wears it that matters most. We still feel a conservative energy in this city. People still care about other people’s eyes. There isn’t much diversity in fashion, unlike in Tokyo. If someone here becomes interested in fashion and starts to wear whatever they want, they hope the community will still accept them regardless of how unusually they’re dressed.

That’s how things can change and fashion has power for it, because we believe fashion is an established cultural standard that everyone is familiar with. Wearing what they want or nice clothes can liberate people and change their behavior, which might help someone go to places they don’t usually go or have the confidence to tell their crush how they feel about them. That’s what is more important than staying fashionable. I came to think a lot about how I want to live amidst the coronavirus pandemic. If the world ends tomorrow, I would spend the very last day in whatever way I wanted with no regret, instead of thinking about how to survive. If more people come to feel this way, I’m sure Morioka will be a more vibrant and exciting place.

M: Where do you see Choice is Yours in the future?

TK: There are a lot of cases of people from Iwate having great successes in Tokyo, but there aren’t many the other way around. We would like to prove that people can have success even in this city. One of our staff used to live in Tokyo but came back to Iwate to work for us, which is amazing and challenging at the same time.

Whether proof of success is to build our own huge building or getting an expensive nice car, if we can make it clear to those pessimists who think there is no hope in Morioka and show them our business is expanding and working well, it can be inspiring for the younger generation.

When I was a teenager, a guy at a skateboard shop I used to go to showed me a lot of things, which led me to open this shop. It is my turn to be that guy for the next generation. We don’t want to just stay as an independent shop, we will pursue the possibilities of this city through fashion.

M: Where is your favorite place in Morioka?

TK: Definitely Nagasawa Coffee. We respect them as a shop, a business model and they are well-known worldwide. Of course they serve very good coffee too!

Celebrating Choice is Yours’ 10th anniversary

For it’s 10th anniversary, Choice is Yours will be releasing a special collaboration T-shirt with Seoul’s street-fashion brand The Internatiiional.