Scottish comedian Daniel Sloss continues to be a huge sensation in the UK, Europe and the U.S. His fame is only rocketing further thanks to his two Netflix specials DARK and Jigsaw, which are showing in 190 countries in 26 languages.  Now reaching audiences on a  global scale, there couldn’t be a better time for Sloss to come to Tokyo with the third show of this trilogy, titled Daniel Sloss: X. Metropolis caught up with Sloss before his Japan debut.

Metropolis: After the huge success of DARK and Jigsaw, which are now Netflix specials, you revealed your new show for this year, Daniel Sloss: X. Could you tell us more about it?

Daniel Sloss: It’s my tenth solo show, hence why it is called X. Not “kiss.” Though I do like the idea of people thinking it was called “Kiss.” It’s my best show yet.

M: Where did the inspiration for the new set from?

DS: My own experiences over the past two years and my opinions on a wide range of subjects. Things that piss me off, things that make me laugh. Things that I know will piss other people off.

M:  A lot of your comedy expresses your personal opinions and real experiences, but in an interview with The Laugh Button you also mentioned your stage persona. How do you balance these two elements in your shows?

DS: My stage persona is very arrogant and cocky. I’m quite a confident person normally, but in my real life I don’t play up to it too much. Being arrogant is off-putting to a lot of people, so I like to play up to it. It makes me seem more like an asshole which lets me get away with saying a lot of things. It’s also very fun.

M: You’ve built a reputation for broaching dark, difficult or uncomfortable topics in your comedy, and for being a voice that’s unafraid to say what everyone’s thinking but daren’t expose. How did you realize this was what the path you wanted your comedy to focus on rather than a lighter approach to humor?

DS: When I was doing material that I wasn’t passionate about I wasn’t performing it well. I’d get bored of my own jokes before the audience did. I wanted to try to do the comedy I loved watching — Jim Jefferies, Bo Burnham, Bill Burr, Tig Notaro. I didn’t want to do comedy that I didn’t find funny. 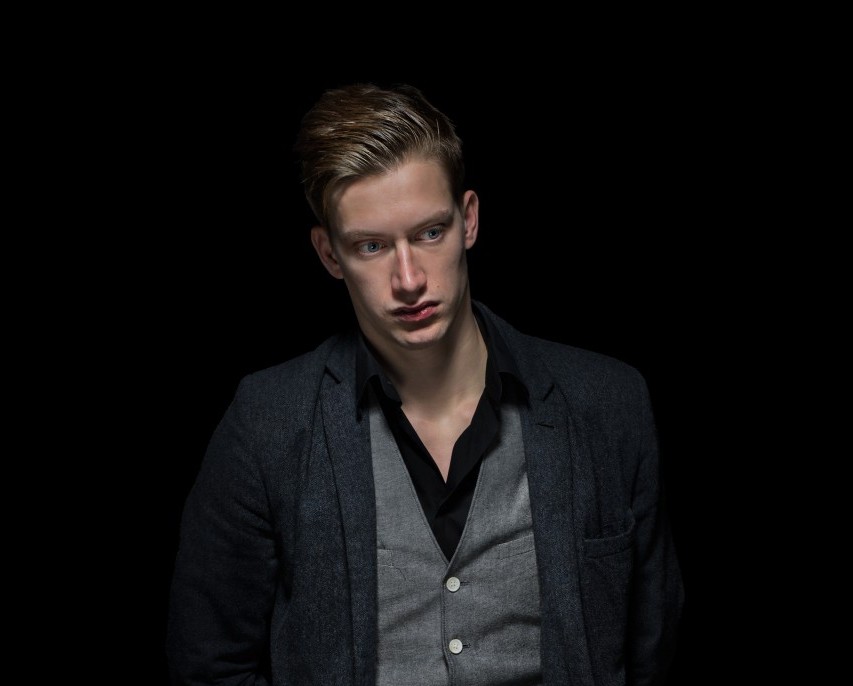 M: Your shows attract millions of fans, arguably affecting thousands (your famous breakup joke being just one example). What do you think are your roles and responsibilities as a comedian and public figure beyond simply entertainment?

DS: Not much. I only really owe my fans my comedy. Everything else I chose to share with them is a bonus, because I like most of them. I’m my own person and if people like me, cool, if they don’t — also cool. As far as responsibility goes, I don’t want to talk for other comedians but I personally believe you owe it to your audience to be as good as you can be as a comic and a person. You may not have chosen people to look up to you, but they do, so tough shit — step up and be good at it. That being said, I’m a deeply flawed human being said and I fuck up constantly. I don’t own my fans perfection, I only owe them my best.

M: You often say your opinions are “works in progress” and that you try to improve yourself when someone points out something you said that could be offensive. How do you do this?

DS: I follow a whole bunch of people on Twitter. I follow people I disagree with, people I strongly disagree with, people I hate and quite a few that I’d rather see dead. A long with all my favorite people too. And a few random people too. I just want to listen to as many points of view as possible so I know what everyone is actually thinking. I don’t buy into the media outrage all the time, I like to see it for myself and make my own judgements on how people react to things. It’s less dramatic that way.

M: Have you read, watched or listened to anything recently that opened your eyes to a new perspective on something?

DS: Going to different parts of America opened my eyes to a lot of different and new opinions, but I didn’t really respect all of them. Some of the people out there are just plain fucking stupid. It’s quite terrifying. We have dumb people in the UK, but never that concentrated together. I can understand why people choose to believe in a God in those places, but I ultimately still don’t respect the decision. That being said, the dumb idiots were the nicest people as well. They weren’t evil or malicious. Just dumb and kind.

M: You’ve already made a name for yourself in the UK, Europe and the U.S. What about Asia? Is this your first time touring here? How are you feeling about it?

DS: I’ve played Singapore, Bali, Kuala Lumpur and Jakarta before. But never Tokyo or Hong Kong. I’m very excited, because I love gigging in new places to local people because my ego is desperate to confirm that I’m as funny as I think I am everywhere in the world. But I also have no idea what to expect. Honestly no idea. It could be an absolute car crash or it could be the greatest gig of my life. Who knows. Come and find out.