Have the airport lounge experience at Mitsukoshi

There is no doubt that the euphemistically termed “inbound phenomenon” has changed the face of Japanese retail. An unprecedented number of international visitors now make Japan their shopping destination of choice, rather than focusing on the cultural consumption that used to be the primary draw for travelers. Where once a vaguely bilingual counter in a souvenir hub would have been sufficient, the current crop of shoppers are as likely to buy international brands as domestic. This forces the market to re-localize international brands for the Japanese market into a bevy of foreign languages, work out the tastes and buying habits of customers from different countries on the fly, and do battle with their domestic competitors. 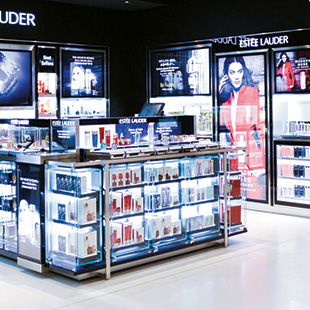 It has been a shot in the arm for the economy, but a surprise for the overall retail landscape. Up until now, there have been many attempts to bridge Japan’s cultural capital with a global audience, with the Japanese market dictating how it is to be packaged and delivered.

However, the recent wave of inbound shoppers turning up with wallet in hand has put the Japanese market on the passive back foot, forcing the market to react to their needs. On the micro level, it has birthed a flurry of short-term solutions to capitalize on the inbound tide: hastily-erected foreign customer service counters, machine-translated bilingual guides, or the staff getting to use the English forced on them in school.

To the backdrop of ringing tills, a couple of quirky phenomena have popped up in parallel. These include the unpredictability of which will be the “it” items for the nouveau riche. Who saw Issey Miyake’s Bao Bao bags outstripping Vuitton? Or shops dedicated to regrettably-departed Goro Takahashi’s cult silver brand Goro’s popping up all over Harajuku, a luxury the inbound simply don’t have.

The fact that people are actually shopping has been a boon for the Tokyo market—especially in Harajuku, where shopkeepers long bemoaned that tourists were on a fashion safari, not looking to buy. Concerns are rightly raised over how long this can last, and how to persuade a consumer to buy into Japan beyond what’s on the shelves. The signs are all over the city that the market is shifting from passive to active, embracing change and ensuring it works for them, finally ushering in the age of duty-free shopping everywhere and 24/7 ATMs that accept international cards.

But more importantly, it’s the opportunity to welcome visitors to Japan that’s the most important paradigm shift. In the same way so many were intoxicated by Japanese pop culture before they found the country beyond, the market has finally begun to package the product with the context it grew out of. It is no mean feat to make home appliances a path to soft power; it’s a necessary one to make sure that Japan remains a brand beyond the sum of its parts.

The Next Generation of Duty Free

Taking the lead on making sure that international customers get the authentic Japanese shopping experience is, appropriately enough, Japan’s first department store, Mitsukoshi. The shopping center has ensured that international customers are welcomed to a cultural resort in addition to a commercial one, providing English-language guidance in-store and online, to both shoppers and those looking to learn. Their latest venture is their most ambitious yet, transforming the entirety of Ginza Mitsukoshi’s eighth floor into a duty-free paradise specifically targeted at the rapidly rising inbound clientele. 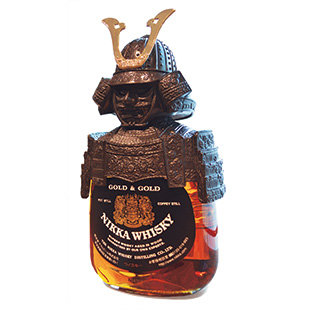 Until now, this has been the kind of duty-free shopping usually confined to airports, a setting that is rarely conducive to a relaxing shopping experience. The Japan Duty Free Ginza floor amends this, offering the kind of laid-back setting and attentive service you would expect in a Ginza department store. But most importantly, the cultural framing puts the space through a Japanese lens, ensuring omotenashi from the staff. Even the interior design takes its calls from traditional nature-inspired spatial architecture.

Needless to say, the usual duty-free purchases are well represented, including the luxury end of spirits, big-ticket timepieces, luxury cosmetics, and high-fashion purchases. There is the added bonus that customers are in no rush to make their decision before the items are delivered on their behalf to Haneda or Narita Airports in time for their departure.

However, the most progressive addition is the pairing of high brands from around the world with a “Japan Masterpiece” lineup that explores crafts and artisanal kogei. Technology thrives in the “800 Hands Japanese Beauty” section, uniting the latest digital cameras, innovative Good Design award-winners, and hints of popular culture—all against a background of the established arts that ought not to be neglected.

Inviting customers to take their time and explore the area is the interactive zone designed by Takram Design Engineering. A number of boarding cards, when placed on the low pillars, form interactive displays that become a ticket to explanations of the arts on offer, fashion films, and guides to the city. Elsewhere, there’s a reception where various languages are catered for, as well as money exchange and WiFi, making this the definitive duty-free destination in the heart of the city, away from the airport. An enviable experience liable to court the inbound shopper, but it’s worth mentioning that Japan residents need not be jealous, given that these services are also open to everyone leaving the country via Haneda or Narita Airports.