Are You an Echo?: The Lost Poetry of Misuzu Kaneko

Introducing this powerful female voice to the English-speaking world

Anglophone readers may ask why a Japanese poet born in a remote fishing village in 1903 should be a high priority on their book list. But Misuzu Kaneko’s work transcends all manner of temporal, spatial and cultural boundaries. Her message of understanding and unconditional kindness may have an essential bearing upon today’s fractured world. 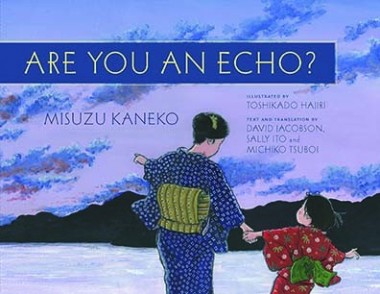 Are You An Echo

Are You an Echo? is introduced by Setsuo Yazaki, the man who unearthed her poetry decades after it was written and inaugurates this charming children’s book. The collaborative force of David Jacobson (narrative), Sally Ito, Michiko Tsuboi (translation), and Toshikado Hajiri (illustration) bring together this unique genre mash-up, which includes many of Misuzu’s poems in English for the first time.

Biography, poetry and illustration are all interwoven into a bedtime story-style narrative. Opening with Yazaki coming across Misuzu’s work in a library, we are then launched into his search to discover more about Misuzu’s unhappy life story. At first it feels odd reading a children’s book that starts with the unusual topic of a literature academic’s research. But the peeling back of successful layers of narrative with infant-like curiosity is perfectly complimented by the children’s book format. The decision to tell Misuzu’s story within this form also corresponds well to her poetry itself, which is written as part of a literary tradition, Do-yo (children’s stories and poetry), which is aimed at cultivating the free-spirited creativity and inherent purity of Do-shin (a child’s innocent heart).

What is also surprising is Jacobson’s choice to include the darker parts of the poet’s life in a book designed for kids. Misuzu contracted gonorrhea from her abusive, womanising husband, went through a shaming divorce, and committed suicide all before she turned twenty-seven. Instead of completely omitting these details or dumbing them down for the sake of child consumption, Jacobson employs softer turns of phrase to handle tougher topics. 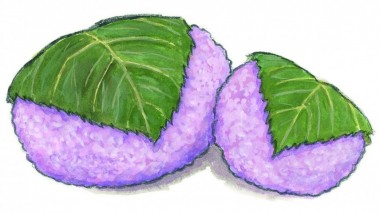 The end to this sad tale is not completely nihilistic either, with final emphasis landing on the positive legacies that Misuzu left behind. Her grandmother and daughter develop a tradition of sharing sakuramochi on the anniversary of her death. The titular poem was also broadcast on TV after the 2011 Tohoku Earthquake, inspiring thousands of people to volunteer, “as swift as an echo.”

All in all, it is an elegant and elucidating approach, with Misuzu’s poetry being framed by the painful personal context within which it was written. By the time we reach the selection of translated poems at the end, we have a deeper understanding of how extraordinary Misuzu’s outlook was, especially considering everything she was subjected to during her short life.

Of course, translation in itself is a problematic endeavour. Complex nuances or allusions within an unfamiliar literary tradition are easily missed or lost altogether. But Sally Ito and Michiko Tsuboi keep the English as simple and undiluted as possible, emulating Misuzu’s unaffected, stripped-back style. Immediate associations with canonical English writers can even be found, her work resonating with Blakean perceptions, and the emotional complexity of Christina Rossetti, whom Misuzu herself translated into Japanese. 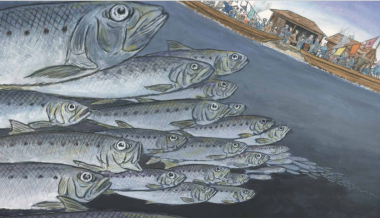 Regardless of the language on the page, Misuzu’s poetry automatically has a universal quality in her ability to imaginatively empathise with all things. She opens up a panoramic point of view, whether she is considering the lonely snow in the middle of the pack, or wishing to like “everything and everyone” in the world. Big Catch, the first poem Yazaki encountered, considers the fish who survive and “hold funerals for the tens of thousands dead,” whilst people celebrate on the beach. By translating her poems, especially those where untrodden perspectives are brought to the fore, Ito and Tsuboi merely further this idea of experiencing the world from new angles.

A closer study of the poems may sound too heavy-duty for a child before bed, not to mention themes of suicide and family trauma. But Are You an Echo? remains to be a tasteful, vibrant compilation of poems, embellished with Hajiri’s beautiful illustrations that will appeal to academics and kids alike. The colorful images of children exploring or a mother reading to her daughter perfectly emulates the book’s overall project. Horizons are widened, discoveries are made and Misuzu’s compassionate worldview is passed onto a new generation (and a new anglophone readership).