Throughout the Edo Period, Japan was largely closed off from the rest of the world, relying solely on its limited domestic resources. As a result of this, reuse and recycling were a natural part of life with almost all daily items experiencing multiple life cycles. At the forefront of this 250-year period of sustainability were professions that centered around repairing and repurposing everyday goods and materials, giving new life to items that would today end up in landfills. In his book, “Just Enough,” Azby Brown introduces a number of the professions that led to this period of sustainability and we’ve listed some of our favorites below.

Tinkers were local craftsmen who repaired damaged pots and kettles. Often found carrying portable forges and bellows on their backs, they used scrap metal to repair holes and cracks that would otherwise render these essential household items useless. Scrap metal dealers would purchase unrepairable items from tinkers and exchange candies and toys with local kids for nails and other usable metal scraps they found while playing.

While most umbrellas in modern-day Tokyo are quickly lost or broken and disposed of, the raw materials that made Edo Period umbrellas often saw multiple lives with umbrella repairmen carving out a fairly lucrative niche for themselves. These repairmen would buy used umbrellas, assign a price based on the condition of the bamboo frame then disassemble, repair and resell them to new buyers. Discarded materials, such as the waterproof oiled paper would pass onto local butchers for wrapping fish and miso. With umbrellas and paper lanterns sharing essentially the same materials, umbrella repairmen would also cross over into the realm of lantern repair and often sub-contract this work out to low-level samurai. 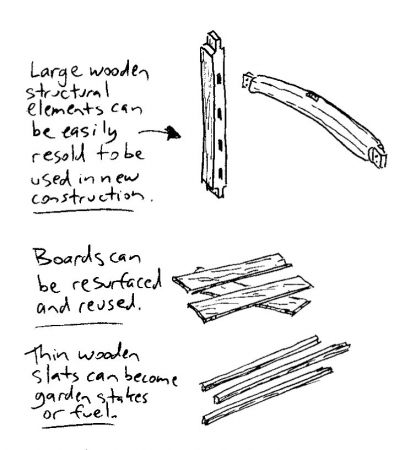 If you thought Shimokitazawa was overrun with used clothing dealers these days, Brown says there were as many as 4,000 of them in Edo. With new clothes being unaffordable for the average family, when it came time to update the wardrobe, old garments would be washed and taken to a dealer to be exchanged for refurbished items at a small fee. These dealers would take apart kimono, dye them and reassemble them for resale, a task made easier due to the way kimono are designed. As clothes would begin to wear out, they found new life as aprons, diapers, pouches, cloths and eventually kindling before becoming ash which would also be repurposed.

If you knew your way around a bamboo barrel hoop in the Edo Period you could make a steady living for yourself repairing the various types of shoyu, sake, miso or vinegar barrels found in the average home. The more experienced itinerant barrel hoop makers could also find work as barrel recyclers, a specialized craft that saved reusable barrels and casks from early disposal. After collection, recyclers would inspect, grade, refurbish and resell them onto brewers and liquor shops who would choose from new, new-looking, slightly used or worn barrels depending on their intended use.

Most daily items in the Edo Period were made from burnable plant-based materials such as wood, bamboo, straw and cotton. Rather than have worn-out rope, sandals, hats, raincoats or baskets end up in landfill, these items could be burnt to provide heat and turned to ash, which is where the ashman comes in. Rather than discarding of ash, households and businesses such as public baths would collect their ash and sell it to local ashmen. With ash from straw and cotton cloth containing large amounts of potassium, it was in high demand as an additive for fertilizer or for use in ceramics, dyes or sake production which created a lucrative business for motivated ashmen. 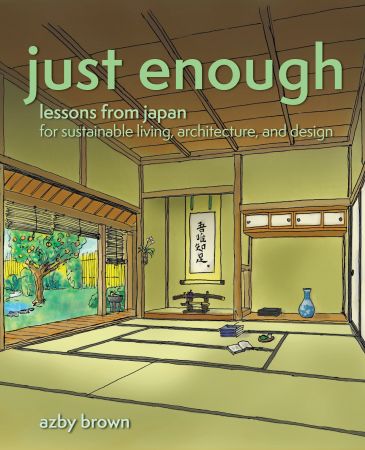