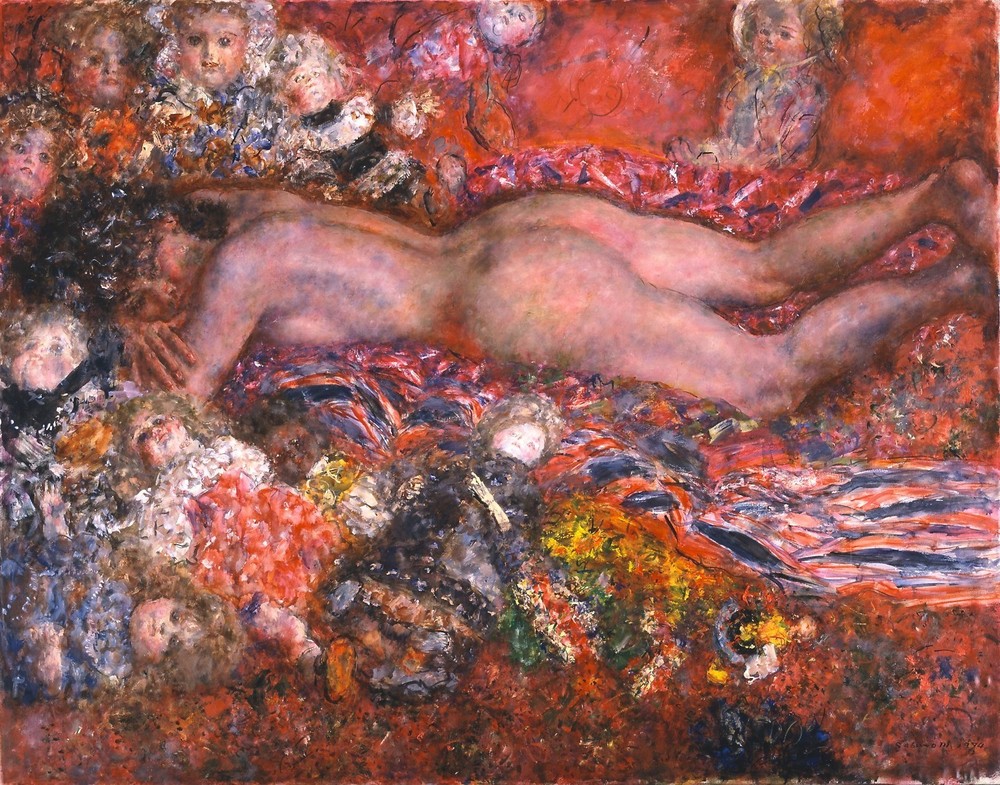 This is the second of a two-part exhibition held throughout the year focusing on the career of the Western-style painter Miyamoto Saburo (1905-1974). Miyamoto was highly adept at figuration and realistic depictions. How did his views and attitudes of postwar art and Japan emerge in his work? This exhibition traces Miyamoto’s transition into a mature artist after struggling with his artistic expressions.

The Miyamoto Saburo Memorial Museum was built by Setagaya Ward and opened as an annex of the Setagaya Art Museum in April 2004. Miyamoto was based in the area for many years.

As one of the preeminent figures in European-style painting of the Showa era, Miyamoto used his innate ability to sketch as a foundation for a variety of painting styles. In his later years, he created a splendid world of painting based on subjects like flowers and nudes. Miyamoto was involved in a wide range of activities throughout his career. He became famous for his magazine covers and illustrations, produced numerous war-record paintings during the war, and devoted himself to training younger artists after the war. In 1935, he built a studio-cum-residence in Okusawa, Setagaya, and continued to live on the property until his death.