Marking the tenth anniversary of the Great East Japan Earthquake, the third edition of the festival is held over two separate periods in consideration of the ongoing COVID-19 pandemic. Under the theme of “Altruism and Fluidity,” Reborn-Art Festival is organized in two terms in, respectively, summer 2021 and summer 2022.

At a time when the globe is once again assailed by new uncertainties caused by a disastrous war, we aspire to present a vision of a new world never seen before through sharing a wide range of artistic expression.

*What is Reborn-Art Festival?
Mainly held in Ishinomaki City, Miyagi Prefecture, Reborn-Art Festival is a comprehensive festival of art, music, and food. Based on the concept of “Reborn-Art” as a means of living, it started in 2017 in the area devastated by the Great East Japan Earthquake. 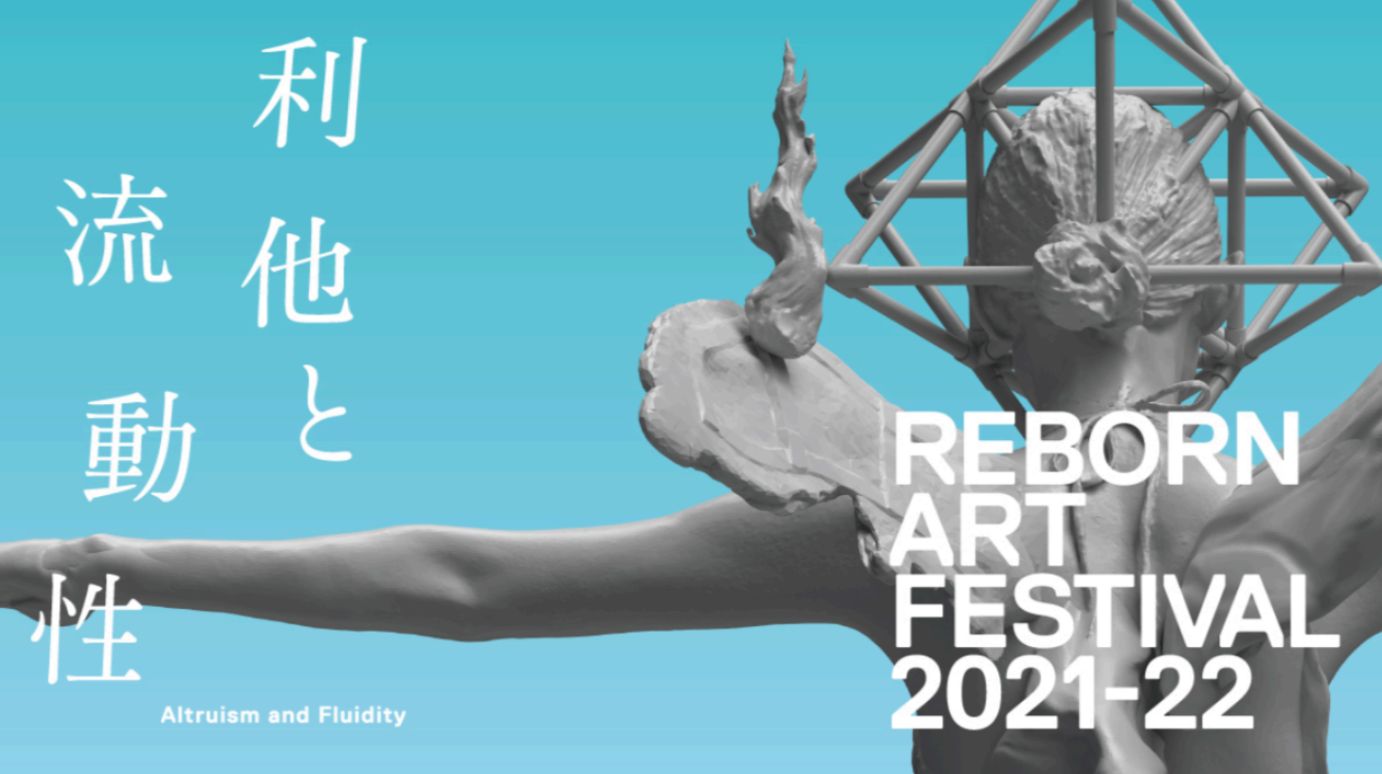