Getting Tickets for Sumo

The 2017 Autumn Basho (September 10–24) is underway in Tokyo, but for many the chance to take in one of Japan’s signature athletic events feels impossible. After allegations of gambling, rigged matches and some nasty hazing, sumo is once again coming into its own and tournaments quickly sell out. With the recent crowning of Kisenosato as the first Japanese yokuzuna (sumo’s highest rank) since 1998, along with wrestler Hakuho Sho’s record-breaking streak, tournaments sell out faster than ever. Those hankering to see the dohyo (sumo fighting ring) for themselves in Ryogoku can still manage to find a seat, but it will take a bit of perseverance and determination. Here’s how to do it and make the most of a day in Ryogoku.

HQ for all things sumo, the Japanese sumo association web page is a good place to find the tournament schedule, learn about the rikishi (wrestlers) and learn the rules. (First one to touch the ground or step outside the ring loses.)

Tickets are sold out for the Autumn Basho, but it is still possible to get general seating day-of tickets. These tickets run about ¥2,200 and are for the absolute top-row seats that ring the stadium on the second floor. (Even though they are quite high up, the view is still absolutely perfect for the matches and ceremonies.) Sales begin at 7:45am, but enthusiasts start lining up earlier than that. We recommend arriving no later than 7am to take your place in line for one of the roughly 250 seats available. Cash only and one ticket per person.

Tip: Once in line and after receiving a numbered card, send an envoy off to a nearby convenience store for hot coffee.

Once the ticket is in hand, reward yourself with a tasty breakfast at Matsuya. Grab a second convenience store coffee and head over to order a traditional Japanese repast of grilled fish, miso and rice or a meaty rice bowl or eggs for less than ¥500. Make your choice at the ticket machine just inside the door (note: the English language button in the upper right of the screen) and give the ticket to the friendly staff before settling in at a seat of your choice.

Tip: Try the tonjiru, a heartier version of the regular miso soup that includes tender pieces of pork and vegetables. 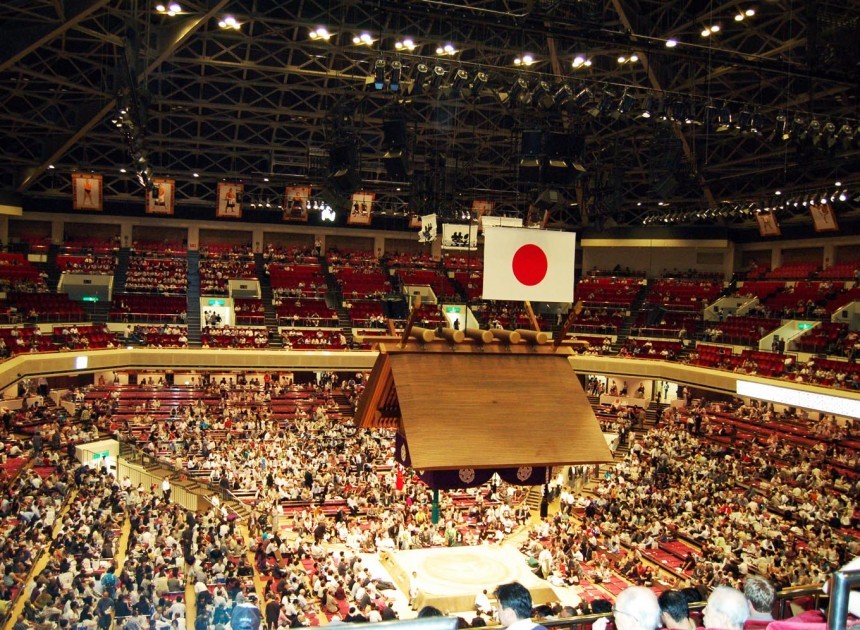 Matches begin promptly at 8:35am and run until 6pm. While it is a fascinating sport, that’s a long day of spectating for all but the most ardent of fans. Lower division wrestlers and young referees compete in the early part of the day. Ticket holders are allowed to leave the arena only once, so we recommend taking in the opening ceremony before heading out again to see the sights. You can informally ‘reserve’ your spot by leaving something on the seat of your choice. Plan to be back around 2:30pm to take in the entrance of the Juuryou (second highest-) and Makuuchi (highest-) division wrestlers starting to compete.

Tip: Ideal seats are those that face the gyouji (sumo referee) with a wrestler on either side.

Things to Do in Ryogoku

Just next door to the sumo stadium and one of the best museums in the city, the Edo Tokyo Museum brings the city’s former version of itself to life. The permanent exhibition on the second floor offers a glimpse into all facets of everyday life in the city from the Edo Period through the end of World War II. Guided tours are available by reservation and audio guides can be had on a first come, first serve basis.

Tip: The museum is home to one of the best gift shops in the city with an excellent selection of postcards, crafts, and seasonal tenugui (rectangular cotton towels).

This newly remodeled series of shops is located in the same building as the station. Inside, visitors will find the Sumida Ward Tourism Association desk, gift shop, a replica of the dohyo where exhibition bouts take place, and a series of restaurants offering everything from sushi to noodles to traditional Japanese tea and sweets. Maps and plenty of information on things to do are available in multiple languages.

Tip: Pick up a free Wi-Fi router for the day from the tourist association for easy communication, research, and mapping.

Once part of the grounds of the estate of Honjo Munesuke, first lord of the Kasama domain, Yasuda Garden is an excellent example of a traditional Japanese garden. Wander the paths inside to enjoy views of Tokyo Skytree, watch colorful koi swim around pond waters once fed by the nearby Sumida River and maybe even catch sight of wandering newlyweds.

9am–4:30pm, January to May; September to December 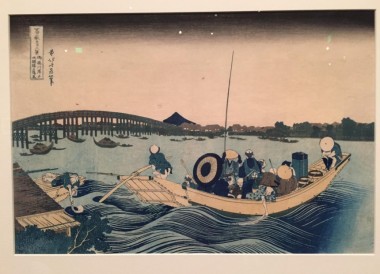 Set a few steps away from the stadium is a museum dedicated to Katsushika Hokusai, one of the most famous and beloved ukiyo-e (woodblock) painters of the Edo Period. Opened in 2016, visitors will find displays of his most famous works as well as learn the story of his life lived entirely in this part of the city.

A little further beyond Yasuda Garden and the Sumida Hokusai Museum is Yokoamicho Park. Dominated by a three-story pagoda, the park is home to a memorial hall for victims of the Great Kanto Earthquake in 1923 and victims of the air raids during World War II. Displays outline the series of events resulting from the quake, including a tsunami and fire that swept the city, as well as household items found at the time.

One of the major rivers in Tokyo, the Sumidagawa (Sumida River) appears in everything from pivotal historical moments in Japanese history as well as a variety of stories and legends. A wide walkway lined with historical paintings and information is perfect for a stroll or jog between bouts. 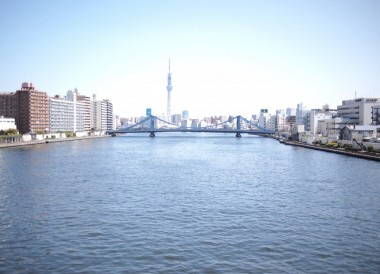 For a completely different view of the city, step out onto the river itself from Ryogoku Pier with an hour-long cruise on the Sumidagawa. Just across the street from the sumo stadium, travelers can head out to Asakusa and Odaiba before making the return trip to Ryogoku. Views of the skyline and the famous Rainbow Bridge are magnificent. Check the schedule for seasonal as well as evening trips, too.

One of the area’s loveliest public bathing facilities, Ryogoku’s Edo-Yu is a great place to (literally) soak up the local atmosphere. Sink into a steaming tub while gazing at a reproduction of one of Hokusai’s works painted on the tiled walls. Three saunas, a cold bath and assorted other baths and steam rooms offer a bit of traditional relaxation.

Places to Eat in Ryogoku

A trip to sumo and Ryogoku would not be complete without trying a bowl of chanko nabe, the hearty stew sumo wrestlers eat to keep up their weight. Packed with plenty of vegetables, meat, fish and tofu, it’s a tasty and filling treat. Founded by a former sumo stable master and located on the first floor of a sumo stable, it doesn’t get much more local and traditional than this.

This little hideaway is the perfect place to grab a snack or meal between sumo matches or sightseeing. Tucked in one corner of Kyu-Yasuda Garden, Ryogoku Terrace makes a mean pizza and has a simple but delightful little drink bar of assorted juices, coffee, tea and milk. Lunch sets are straightforward and tasty and made all the more delicious by sampling them out on their shady terrace overlooking the garden.

Beer aficionados and those looking for something with more of a Western feel need only turn down a small side street in Ryogoku to find one of the oldest craft beer establishments in the city. Seventy taps of mostly Japanese-brewed craft beer make it an ideal stop after the days’ end (or any time, really) while everyone else rushes for the train.

Tip: Happy Hour runs from 5pm to 8pm and for every drink ordered you get a plate of food free.