A district of tranquility in the giant shadow of Ikebukuro

Small winding streets and low-rise houses. Zoshigaya is only a short walk away from the malls, highways and flashing lights of Ikebukuro, but feels like a silent suburb in comparison. This homely heartland has maintained its Showa-era (1926 – 1989) atmosphere, with winding lanes lined with family homes and small shops selling everyday conveniences. A soft silence permeates the air around this shitamachi area that is heavy with history. 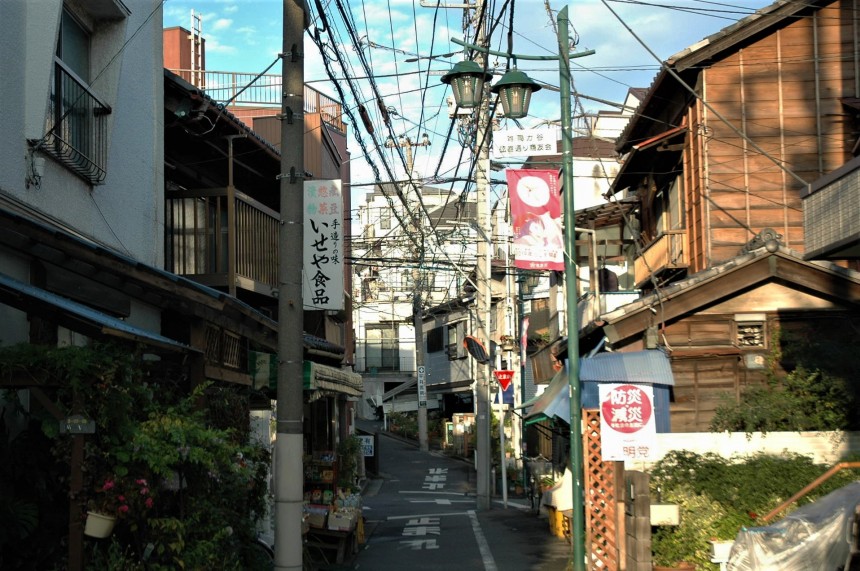 The small winding streets and low-rise houses of Zoshigaya

At the center of the neighborhood, the Kishimojin Temple has an impressive heritage all of its own. Founded in 1664, the old wooden temple can be entered and explored (rare among historic temples). It’s dedicated to the Mother Goddess Kishimojin, who doesn’t sound as nice as she first sounds — she was originally a demon who ate children, before repenting to Buddha and becoming a force of goodness. Nowadays, this goddess helps with birth and child-rearing.

The grounds of the temple are also shared by the charming Kamikawaguchiya, a sweet shop founded in 1781 and currently in its 13th generation of family ownership. Close to the main entrance of the temple, a weaving tunnel of vermilion torii gates, lead toward a shrine dedicated to Inari (one of the main Shinto gods) and encircle a towering 33-meter-tall, 700-year-old ginkgo tree. The tree — especially beautiful during fall when it glows golden — is purportedly the second largest tree in Tokyo, only pipped to the post by the ginkgo tree at Zenpukuji Temple in Azabu.

Another insight into the history of the area is Kishimojin omotesando, a zelkova tree-lined paved road that leads to the temple gates. Like an image from a Tokyo of the past, the soft sereneness of the street is straight out of a Showa-era textbook. It is here that the Zoshigaya Information Center is located inside a wooden shop dating from 1933: the place to go for maps and tourist information about Zoshigaya. Other buildings from the 1930s still remain along this stretch, with some cafes and other businesses setting up inside the heritage area. 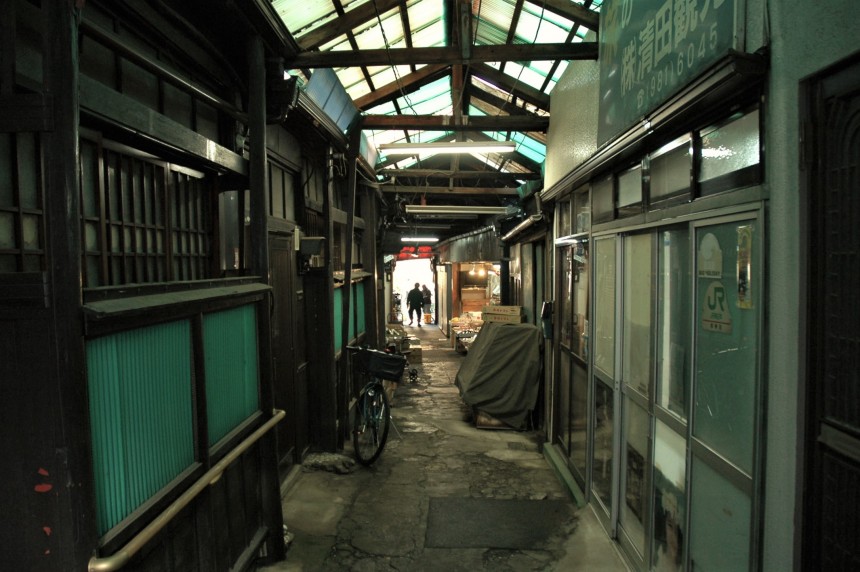 It’s just off of the Kishimojin omotesando that a tangible taste of the past can be found alive still. Zoshigaya was where the creator of Astro Boy, Osamu Tezuka (1928 – 1989), lived and worked. His old address, Namiki House, is still a creative space to this day; the lodgings feature 11 rooms across two floors, with Tezuka himself renting a back room on the second floor from 1954. Astro Boy posters now hang along the plain-walled stone corridors — a nod to the building’s famous past inhabitant. Far from a dusty museum, the landlord has kept the spirit of the era alive; the apartment block, built in 1953, is still a private residential building, but it is possible to view it by contacting the owner (via Zoshigaya Information Center).

The present day residents of Zoshigaya seem to live not much differently from those of Tezuka’s time. Spread across the stumbling steep sides of the valley, the old zaka (slopes) hold a surprising amount of everyday life that has remained in this district for decades. Zatsuni Store, for example, is a seemingly dark and dingy looking alley that looks as if it has been reconstructed museum for visitors to experience historic 1950s life, but this old-world mall is real and, somehow, still surviving in modern-day Tokyo.

Just walking along its sections of snaking streets can conjure up past snapshots of Showa-era Zoshigaya. Spliced by a street overhung with wooden buildings and potted plants, Iseya Shokuryohinten appears. 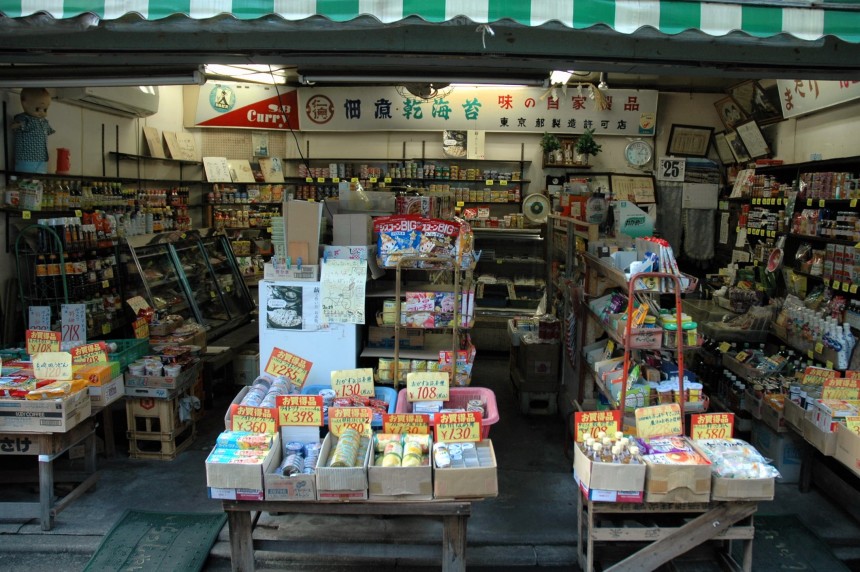 A precursor to the days when convenience stores took over Tokyo, the shop sells an innumerable amount of household goods, from sweets and groceries, to bento (packed lunches) and children’s toys. Its low-priced meals are a favorite of visitors to the temple who crave a nostalgic lunch spot. On the opposite corner, the Akamaru Bakery impressively boasts over 100 years of history and remains a go-to for locals to this day, luring hungry customers in with the irresistible aroma of freshly baked treats, such as their much-loved curry bread. 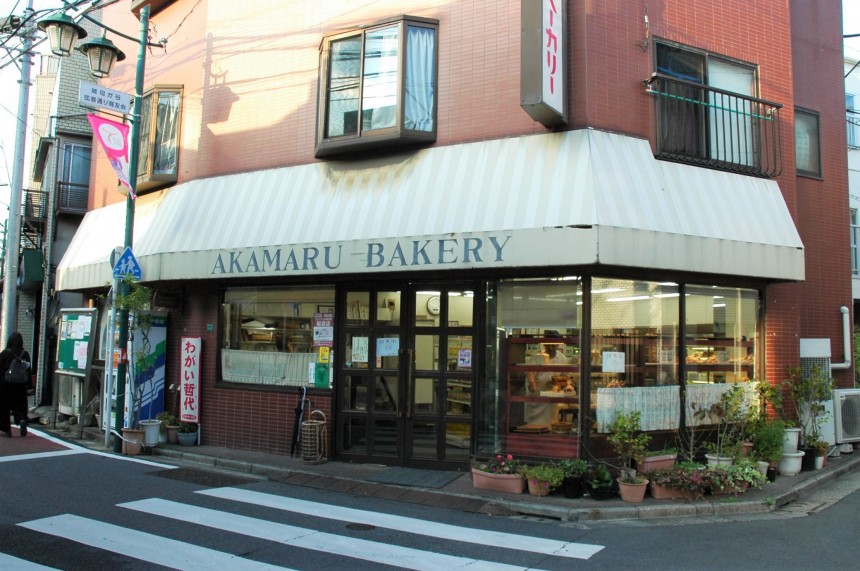 A few minutes’ walk from the corner where Akamura Bakery sits is another historic relic, but this time from a different era entirely. Constructed in the modest Carpenter Gothic style, a popular design of suburban American homes at the time, the McCaleb Old Missionary House was built in 1907 for American missionary John Moody McCaleb (1861 – 1953). One of the only remaining missionary houses that still stand in Tokyo from the Meiji era (1868 – 1912), the house is now a Missionary Heritage Museum and is free to enter (though it’s closed on Mondays and certain Sundays). 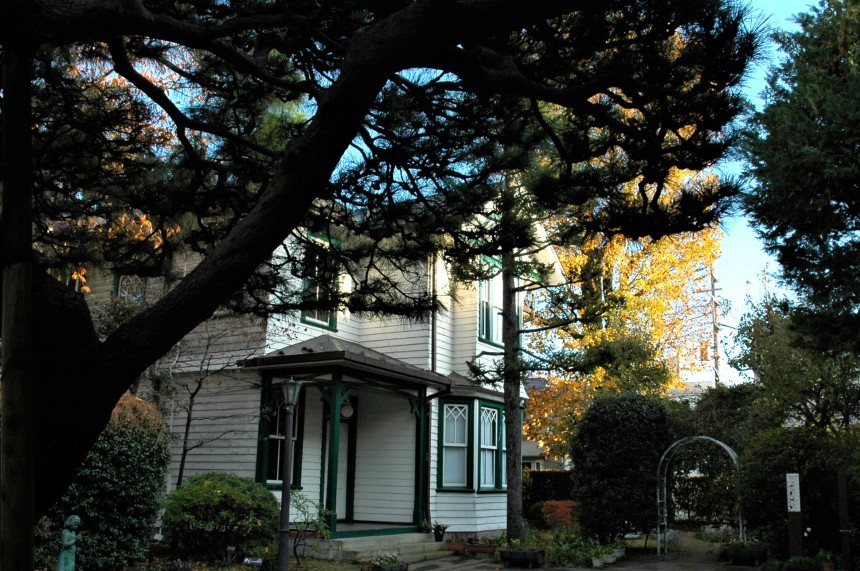 Being the historic area it is, it’s no surprise that the sprawling Zoshigaya Reien (Cemetery) has some suitably fascinating stories to tell. Zoshigaya Cemetery was established in 1874 by the local government as a public graveyard under the Meiji period policy that, along with banning cremation, prohibited burial in the center of Tokyo. The vast graveyard is gridded with numerous namestones that sit on the backdrop of Ikebukuro skyscrapers. Cats laze on graves, stretched-out long to soak up the sunshine, and trees whose leaves are dyed an array of auburns by the autumn sun create a pleasant final resting place for Tokyoites of the past. There are some famous names among those laid to rest here: novelist Natsume Soseki, influential translator Nakahama Manjiro and writer Lafcadio Hearn, to name just a few. 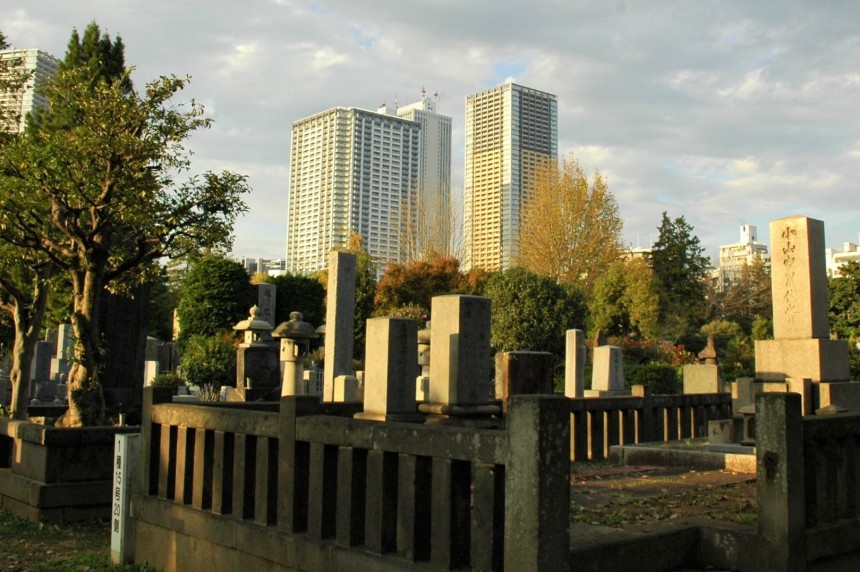 Further along from the graveyard, Chitose Bridge is today passed under by the rumble of traffic as drivers go about their routine journeys in the city. Built in 1932, the bridge is one of Tokyo’s most preeminent; the steel structure, painted dark green, has been featured in many Japanese dramas as an iconic location and is still very much in use today. But there are signs that change is coming: a new ring road currently in construction is likely to alter the aesthetics of the surrounding area; and development along the historic Toden Arakawa tram line, which connects the neighborhood to other centers in the urban sprawl, is sculpting a new look for Zoshigaya’s main thoroughfare that could affect the historic character

It’s easy to imagine Tezuka living and working in Zoshigaya. The neighborhood has a charisma that remains today, conjuring up a strange nostalgia of the past even for those who didn’t know that time to begin with. It’s easy to hope that this district and its history will be maintained as it is, without too much creeping development and demands of modern-day life taking over. Nothing, however, is certain. 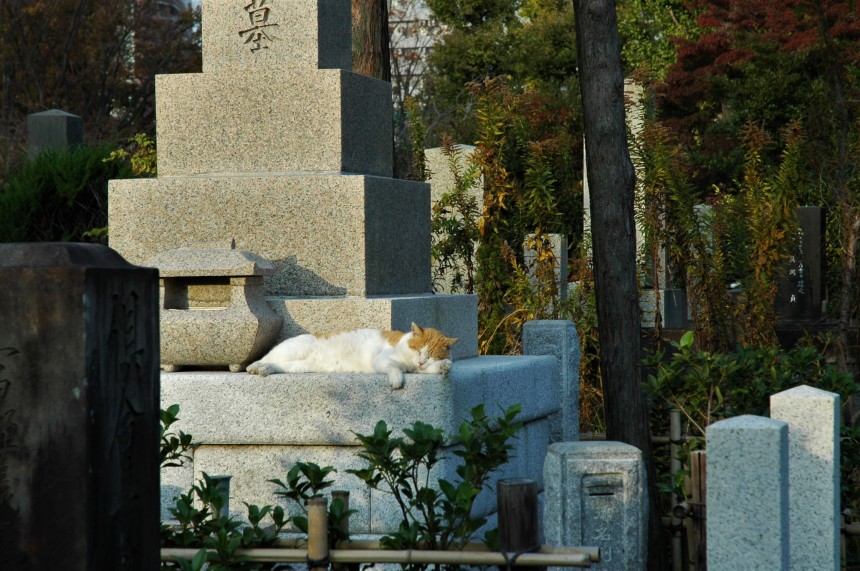 There’s something comforting about the underlying beauty of Zoshigaya, how life has remained the same for years in the streets of this Tokyo heartland, how the old trees who have watched the lives of prior residents, and how crazy it is to think that a short stroll away, instead of trees, skyscrapers scrutinize the scurry of people in Ikebukuro.