In This Corner (and Other Corners) of the World

An extension of the critically-acclaimed wartime anime

Director Sunao Katabuchi’s feature length animated film, based on the award-winning manga “In This Corner of the World,” is an anomaly in many ways. It was first released as a feature film in November 2016 (under the exact title of the manga), but due to budgetary constraints, Katabuchi had to make it about 30 minutes shorter than he wanted. However, the work was a smash hit in the box office, and an award-winning critical success as well, affording the auteur the funds to incorporate the overlooked footage. The extended version had its premiere at the 2019 Tokyo International Film Festival in October and will hit theaters in time for Christmas.

Billed as a wartime drama, the beginning is so idyllic that one wonders if this is a piece of propaganda for Japanese imperialist apologists. But the truth is far from it. We start in 1933 with an 8-year-old Suzu, a charming little girl who loves to draw in a seaside neighborhood in the city of Hiroshima. The animation is picturesque and drawn in pastels that harken back to the Golden Era of Japanese anime. Suzu lives a blissful life with her parents who are nori (seaweed) cultivators. Though they are poor, she attends school and marvels at all the captivating modernization in Hiroshima city, which has been lovingly reconstructed in detailed depictions of the pre-bombing metropolis.

The film jumps 10 years later to an 18-year-old Suzu (Rena Nonen). She has been tracked down by Shusaku Hojo (Yoshimasa Hosoya), a stout but quiet young man who met her once when they were young. Hojo is determined to marry her and Suzu relents, joining his family in the ship-building city of Kure about 15 miles away from Hiroshima. It’s now 1943 and the reality of the war starts to encroach on people’s lives. There is food rationing, men are being conscripted into the army and the country is preparing for air raids.

The Hojo household, however, has a wonderful view of Kure harbor, and Suzu draws the grand battleships the Yamato and the Musashi. This detail is one of the many historically accurate depictions of places, objects and landscapes in the film. A harbinger of what’s to come intrudes when the military police accuse Suzu of espionage, a laughable charge that is meant to show how clueless and arrogant that force is. The added footage develops Suzu’s friendship with Rin (Nanase Iwai). The scenes slyly allude to the fact Rin is a sex worker, and may have had a relationship with Hojo, though Suzu is oblivious to this for a time. 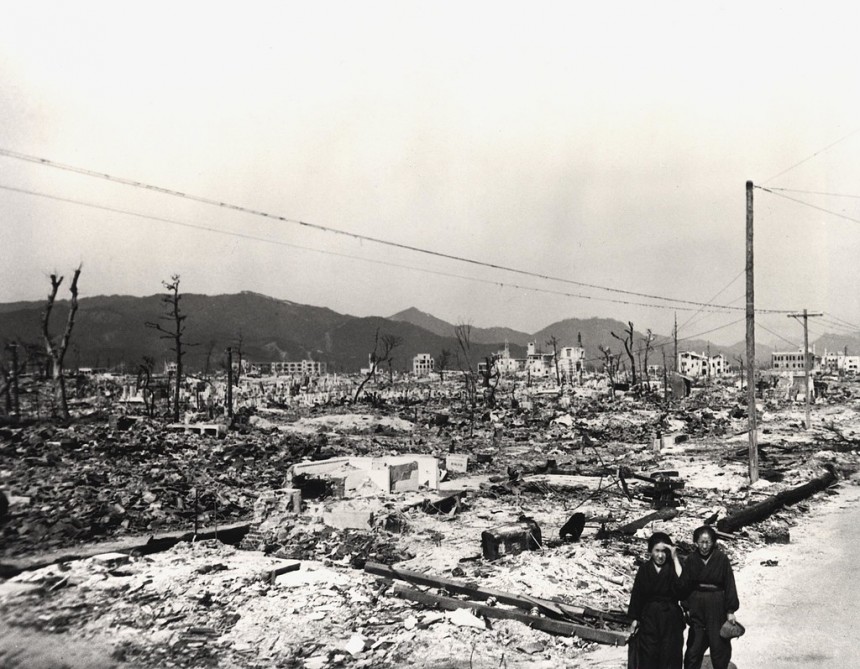 The crux of the film takes place in 1944 and 1945, when bombings in the area intensify. The mass destruction of Japan is illustrated, and Suzu’s toddler niece is blown out of her hand by a bomb, which tears away part of Suzu’s arm. The suffering of that period is portrayed as a living hell, topped off by Suzu losing her parents (and possibly her sister) to the Hiroshima atomic bombing.

The post-war period brings some respite to Suzu. She and Hojo adopt an orphan girl and restart their lives in a now peaceful Japan. Through detailed accounts of the characters’ suffering and anguish, the film’s anti-war statement pierces through without a doubt. Katabuchi’s effort is a tour-de-force, contrasting idyllic animation with the misery of the war. The hype is justified. This is must-see Japanese anime.