Metropolis caught up with The Wedding Present’s David Gedge before the band’s Tokyo dates on April 11th and 12th at Shibuya’s Tsutaya O-Nest. The Wedding Present formed in the late 80s and have, since then, become one of the most respected and influential British indie bands of the last few decades. Alongside fellow British pioneers The Smiths and The Fall, The Wedding Present’s back catalog includes some classic indie songs such as “Dalliance,” “My Favourite Dress,” “Kennedy” and “Give My Love to Kevin”—songs of heartbreak and breakups which defined the sound of a generation. Metropolis editor-in-chief, Paul McInnes, interviewed frontman Gedge, by email, while the band were on tour in the U.S. Gedge talks touring, manga, the death of The Fall’s Mark E. Smith and the demise of indie bible NME.

Paul McInnes (PM): You’re playing your George Best album in Tokyo. And you recently re-recorded it. How different are they and why did you decide to do this?

David Gedge (DG): We’re not actually playing George Best in Tokyo. We played the album live, in full, for the final time ever last year. In Tokyo we’re playing two sets…a different set each night, in fact…with material drawn from throughout our back catalogue. So we will be playing some George Best songs…just not all of them!

The story of the re-recording of George Best is a bit of an odd one. In 2008, we were in Chicago recording our El Rey album with Steve Albini. As is quite common with Steve, the recording session was going quickly and smoothly and so we realised we had half a day spare in the studio, which I didn’t want to waste. While I was thinking about stuff we could do to fill the time it struck me that, since we’d been playing George Best live to celebrate its 20th anniversary the previous year, we knew that set of songs particularly well. And the line-up at the time was playing them really well, too. So I told Steve to leave all the gear mic’d up and press record on the tape machine and we just played the whole thing live in the studio, as it were. And then I promptly forgot about it for eight years! Fast forward to 2016 and, after somebody had reminded me that we were now approaching George Best’s 30th anniversary, I decided that this would be the perfect excuse to mix and release the Albini version. And so that became the George Best 30 LP, which has now been released in Japan by Vinyl Junkie Records. It has a different feel to the original… some people prefer the new version, I think that’s possibly because the sound of the first version is very of the era in which it was recorded…and some people prefer the original. You pays your money and makes your choice!

DG: With the exception of the first two albums, George Best and Bizarro, I think every record we’ve ever made has taken a new direction for The Wedding Present. That’s the way we’ve always worked and I’m actually very proud of that! I know a lot of bands who do it but I have no inclination to make a record and, then make it again and again! So, all the time, we’re pushing forwards and trying new ideas and directions. I know this not the most commercial way of doing it, but it’s the way with which I’m happiest.

When we came to start work on Going, Going…I wanted to make a completely different type of Wedding Present record. So I began writing a set of lyrics that told a story while, at the same time, referred loosely to a road trip across the USA from Maine to California. The music we were coming up with at that point felt quite cinematic at times and so we made films for each track from footage shot on the trip. It’s quite a quirky album…well, double album actually… because there ended up being twenty tracks. While it definitely takes the band into new territory there are some little references to the back catalogue of both The Wedding Present and my other band, Cinerama. 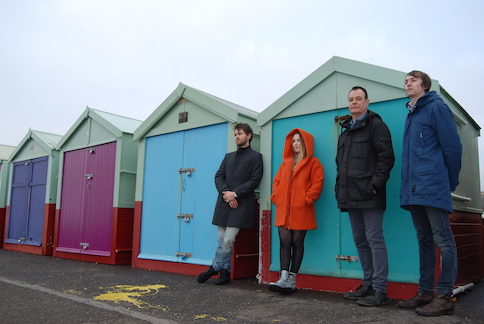 PM: You seem to come to Japan quite frequently. What do you like about Japan?

DG: We love Japan! Don’t get me wrong, we enjoy touring across Europe and North America, but I think it’s because the culture is so “different” for us that every trip we make to Japan feels like another adventure. I remember the first time we visited in 1993…it felt like we’d arrived in the future!

PM: Japanese fans tend to be quite obsessive about bands. Have any fans ever asked for anything odd? Or for you to play some specific songs or rarities?

DG: I think a lot of European and North American bands are quite surprised by the reaction they receive in Japan. Even bands that aren’t particularly famous get treated like pop stars when they arrive in Tokyo. Fans bring them presents and want to take photos and make videos, they wait for you outside the venues and hotels in order to obtain autographs…so it makes you feel like Adele or something.

PM: I heard that there will be a new documentary about The Wedding Present. Are you directly involved in this? What is the documentary focusing on?

DG: I am involved, yes. It’s called Something Left Behind and it basically tells the story of how The Wedding Present formed and recorded George Best. The filmmaker has interviewed all four original band members and the record’s producer and lots of other people with whom we’ve worked over the years. I think he set out to try and explain why the album still retains its appeal thirty years later but, in doing so, he unearthed some of the drama and controversy that goes into the making an album. I’m really looking forward to seeing the finished film…

PM: I know that there are Wedding Present comics. Are you a manga fan? How did the comics come about?

DG: The comics are essentially my biography in comic book form. It’s called Tales From The Wedding Present because they’re a collection of stories from my life in the band and before. I’m a big fan of the comic book format and so I love doing them. And I do enjoy manga, yes!

PM: Mark E. Smith recently passed away. Were you close to him or The Fall? Any thoughts on the legacy of The Fall?

DG: I have seen The Fall play live more than any other band… although that’s partly because I’ve been a fan of The Fall for longer than any other band, right from when I first heard Live At The Witch Trials as a teenager. So they’ve punctuated my life for many years and have definitely been a huge influence on me. I only met Mark a couple of times but I shall always remember a lengthy chat I had with him in a pub in London once. I genuinely feel fortunate to have been able to spend some time with one of my heroes like that.

PM: You tour a lot every year. Does it ever get tiring? Or do you enjoy travelling and playing in new places?

DG: It can get tiring at times, obviously, but travelling around the world is definitely one of the perks of doing what I do and I would miss it if we didn’t tour. I’ve been to a ridiculous amount of places that I’m sure I would never have visited if it hadn’t’ been for the band. When someone invites you to come and play in places like Japan it’s really difficult to say no! 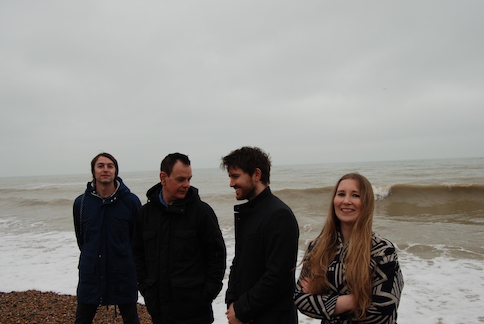 PM: Do you meet younger Wedding Present fans? Is there are a new generation of fans coming to gigs?

DG: There is, yes. Funnily enough, the original Wedding Present fans now have children who are old enough to come to the shows. So people are always coming up to me to tell me that they’ve brought a son or daughter to their first ever gig and it’s very flattering.

PM: Will you ever play George Best again live? What do you think about bands playing full albums? Seems to be quite a trend recently.

DG: I do enjoy the process of playing full albums live. With a band like The Wedding Present I think it works especially well because we are such a live band anyway. It’s an interesting challenge to explore the mood of a collection of songs that were written over a certain period and the way they all fit together. Having said that, no, we won’t be playing George Best live again. There are plenty of other albums to do!

PM: Do you have any plans for a new album in the coming year?

DG: We recently released an EP called Home Internationals which was instrumental music inspired by Going, Going…so it was a little postscript, I suppose. But since then we’ve been so busy with touring and the documentary film that I haven’t had time to do that much song writing. Last year also saw the release of a book about The Wedding Present called Sometimes These Words Just Don’t Have To Be Said and that took up a lot of my time, too.

PM: You never play encores. Any reason for this?

DG: Yes, I think they’re a silly hackneyed rock ritual. When the band first started it was obvious that some concerts went down better than others but then we reached a level where, to be honest, we could do encores every night. So you get these bands who draw a line at the bottom of their set list and then add extra songs… and then draw another line and add even more songs. So it’s all very premeditated and, I think, a bit cynical. Certainly not very Wedding Present’, anyway!

PM: The print edition of NME has finally come to an end. Any thoughts on the influence and legacy of NME?

DG: It’s sad to see it go but, if I’m honest, I’ve only flicked through about three issues in the last ten or fifteen years. Certainly, those days in the late 1970s and early 1980s when I used to buy it religiously every week and pore through it seem like a very long time ago. It was often accused of being pretentious and intellectual—and sometimes kind of childish—and there was definitely some truth in all of that, but it did feature some particularly brilliant and inspiring writing.