Culture moves fast in Shibuya and Harajuku. Japanese youth culture and the neighborhoods so close to its heart are ever looping together, informing and influencing the evolution of the other. It’s a symbiotic relationship between culture and urban trends—be it street fashion, the music industry or nightlife.

At the center of it all, out of a Shibuya studio stacked with a mashup of retro-tech and sticker-plastered surfaces, is Tokyo Vitamin. What started out as a group of friends has since grown into an international collective of creators sparking collaborations between DJs, musicians and rappers, as well as videographers, photographers, illustrators, street brands, and labels like Verdy and Hysteric Glamour.

Japan’s hip-hop scene has seen a huge boom in recent years, with rapper Awich—one of the biggest female icons in the scene—signing with Universal Music in 2021, and KID FRESINO appearing on TV Asahi’s major program MUSIC STATION, to give just a couple examples of genres hitting Japan’s mainstream media hard. Tokyo Vitamin is working at the grassroots level, building a community and supporting creatives from local scenes. 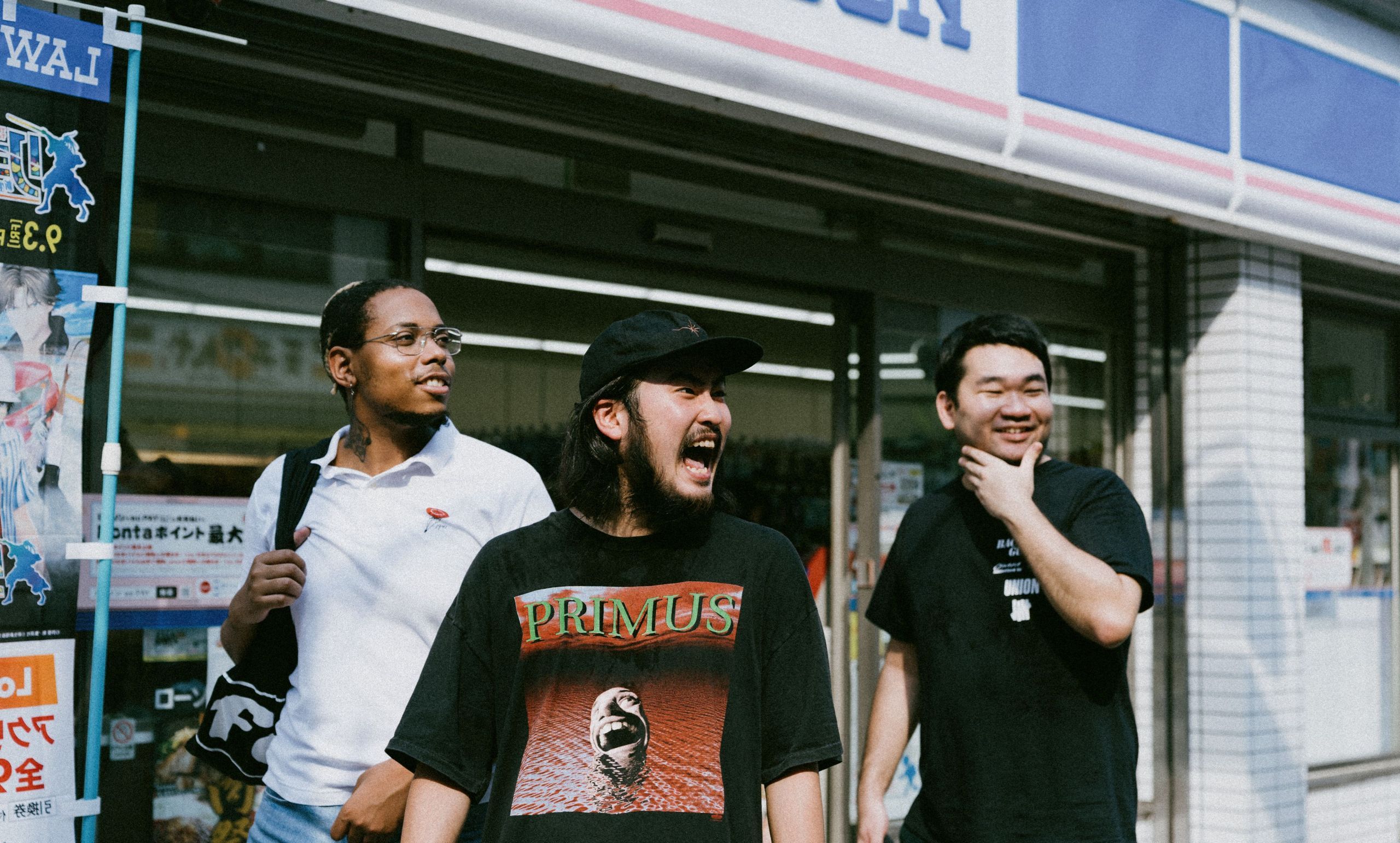 Metropolis speaks to co-founder and DJ Vick Okada about the collective’s importance, where anyone with a love of Japanese music can have a place to get involved with likeminded people, as well as the group’s shifting place among the trends of Tokyo youth culture and Japan’s hip-hop scene in 2022.

Metropolis: Who is Tokyo Vitamin?

Okada: I always wanted to do something creative and form some kind of collective, or just something for like-minded people. We’re an intersection of cultures and scenes, with myself, kenchan and musician Duke of Harajuku as the main members. Outside of that, we’ve got a lot of diverse members from international backgrounds, all working in different creative fields. We move on a project basis, like music production, merchandise design, pop-up stores—we like a huge mix of things.

M: Though your members and creative outlets are so diverse, how does your community avoid becoming an echo chamber or an exclusive-feeling “clique”?

O: I think it’s just a matter of time. We started out hosting a lot of parties before Covid. That was a big way to expand our community. There’s such an amazing diversity of pockets of cultures here, and it’s necessary to be part of different groups and different varieties. Whatever your field, you need different types of creatives for everything, to work on music videos or albums or events together.

But we work as individuals too. There’s no need to feel that way [like we’re exclusive]. What matters more than the label “Tokyo Vitamin” is that you care about Japanese music and want people to know about it. Just local people doing things locally means a lot too.

M: Since parties and events are no longer possible, how has Tokyo Vitamin evolved?

O: We were more of a creative collective, but now we’re like a label and we released two compilation albums so far: Vitamin Yellow and Vitamin Blue. It’s hard to get creative jobs, and we’re each in different fields: illustrators, editors, videographers, photographers, musicians, writers, DJs—Tokyo Vitamin is a way for us to create our own resume. It gives us this base to do this, to follow our craft. For our next project, we want to work on different artist releases for the label.

In a sense, Japanese rappers are still so minor and underground, but the number of artists, the quality of production and entertainment have changed.

M: Tokyo Vitamin seems like more than just a label because it has so many moving pieces. You collaborate with a lot of artists who are already signed to other labels, like Miyachi and kZm, and fashion labels too. Do you see Tokyo Vitamin as becoming a music label in the future, or is this restrictive for you?

O: Starting a more official label is something I’m interested in for the future when I have more experience to actually help, manage or sign an artist. I’m already mentoring young artists in terms of being a figure to help them and their team go on trips abroad, especially to the U.S.

I always say “label” because it’s the easiest way to literally put a label on what we do for marketing purposes. But the only artist we have is actually Duke of Harajuku, and it was a decision I made early on that we wouldn’t form anything too restrictive.

At the end of the day, I look at us as a platform for Japanese music. We’re associating with Japanese culture and music as well as our international backgrounds, but we’re also using Tokyo Vitamin as a community to follow our craft and get support from other creatives doing what they want to do. We really care about Japanese music and sharing it.

M: Duke of Harajuku is seen as an ambassador for a shift in the youth culture of Harajuku. What’s that shift, and how do the changing neighborhoods define or affect who you are as individuals, and as Tokyo Vitamin?

O: Duke of Harajuku’s story is pretty interesting. He’s an American from Georgia, who came here for language school and university. He was fired up by the city and anime music and really found his style in the past few years. Harajuku is a place that focuses on physically being there, walking around the streets and shops. That’s why we love the pop-ups we did there, actually meeting people.

What we’re used to, though, about Harajuku and even Shibuya is definitely being lost, and I don’t think we’ve experienced the changes fully yet because of Covid restrictions. I hope it’s changing to something better, and not just moving into something else. It’s interesting because we were all like 20 when we first met, and now the areas are changing, but so are we, and all our lives too. It’s interesting to see that.

M: The soul of American hip-hop and rap is deeply connected to its cultural origins. It was a form of escapism, a voice to communities — especially among African-American youth back in the 1970s onwards. Where are Japanese hip-hop artists and rappers coming from with their work? What’s fueling them to make this music?

O: In a sense, Japanese rappers are still so minor and underground, but the number of artists, the quality of production and entertainment—whether that’s the shows or the music videos—has changed. So have the listeners. To kids worldwide now, hip-hop is like pop music. That’s starting to be reflected in this generation in Japan, where pop culture is often driven by America.

Obviously, it’s a different historical context but I think [ Japanese hip-hop] stems from the core, the foundation of hip-hop. There are now many different styles of rappers, but for the most part, they’re speaking about the message they want to share: whether that’s personally standing up for yourself, pushing positivity, taking care of people around you, or maybe it’s Japan’s societal issues. It’s an outlet for their thoughts.