When Hamada Hironari — Hamadaya Shoyu’s seventh-generation master soy sauce maker — met Kengo Kuma to discuss the renovation of his soy sauce brewery in Kumamoto, his initial impression of the legendary architect was an imposingly tall man shrouded in mystery. Due to the latest in a series of state of emergency orders, instead of speaking face-to-face, my meeting with Kuma was mediated by a digital projection on the wall of a lecture hall in the basement of the National Museum of Modern Art, Tokyo (MOMAT) — the location of his latest exhibition “Five Purr-fect Points for a New Public Space” which I attended during a press tour provided by Japan Cultural Expo.

Before discussing the future of Tokyo’s architecture, we should look at Kuma’s philosophy on the design of The Japan National Stadium to help better understand his ideas for reshaping the present and future. 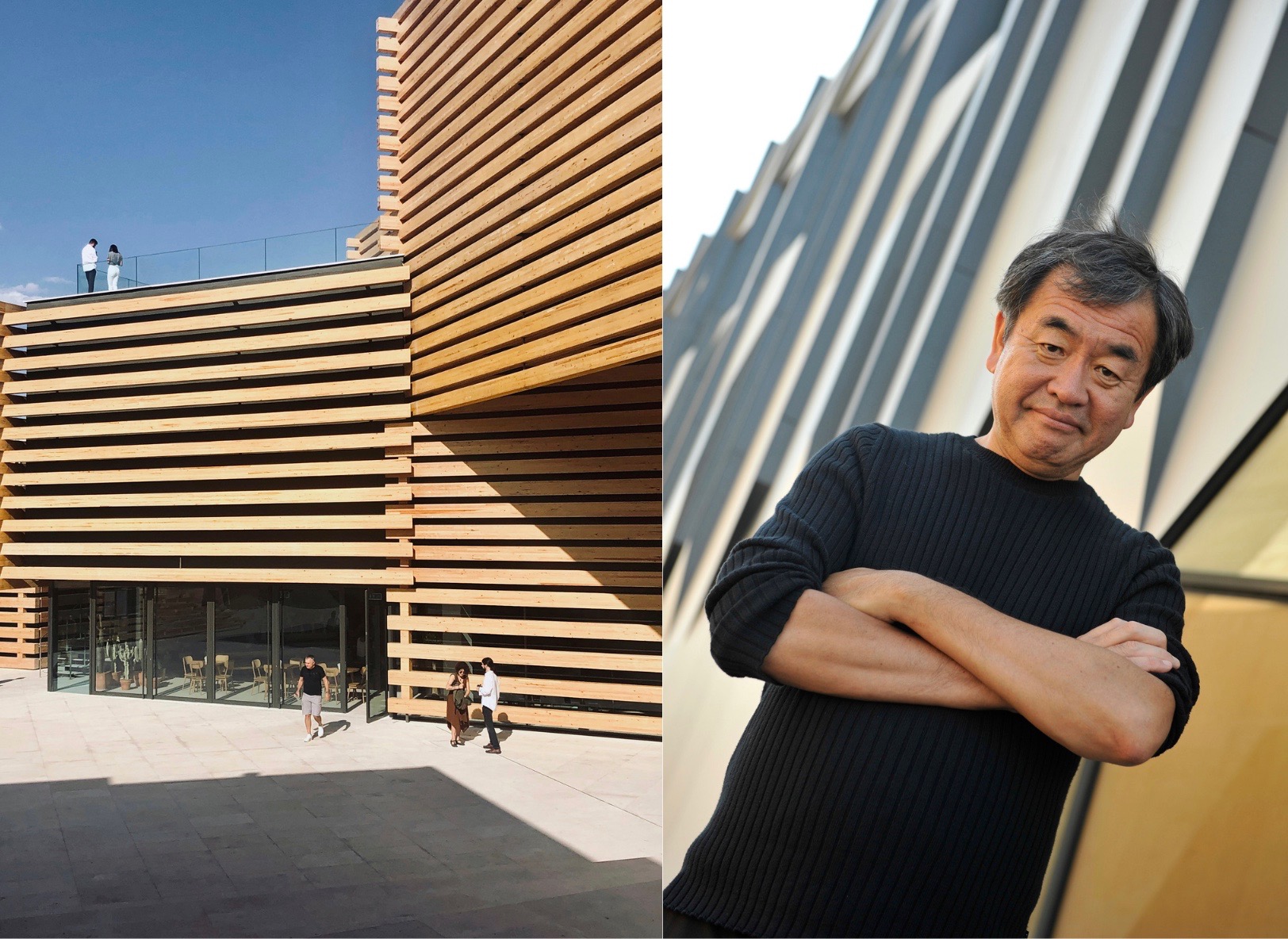 The fall of the skyscraper

The design of this stadium, particularly in comparison with Kenzo Tange’s then futuristic 1964 Olympic stadium and Zaha Hadid’s proposed design for the 2020 stadium, says much about the philosophy Kuma has toward architecture. “In the 1960s, tallness and bigness were very important. [Tange’s stadium] was outstanding in the sky of Tokyo. The two concrete posts were almost touching the heavens.” In contrast to Tange’s, Kuma’s design is decidedly subtle.

Instead of following in the footsteps of Tange, Kuma’s work on the design of The Japan National Stadium borrows techniques that he developed when designing a tea house, and it focuses on using small-diameter timbers that echo those used in traditional Japanese architecture. This helps the stadium obtain a delicate effect while also making an urban structure that Kuma describes as being “analogous to a natural forest,” like the Meiji Jingu forest in which the stadium is located.

I felt that being big and tall had become embarrassing

The stadium is built of cedar wood from the 47 prefectures of Japan, and uses a design which promotes air-flow for natural air conditioning to help realize Kuma’s vision of sustainability. It’s also designed to fit in — Hadid’s proposed stadium stood a towering 75 meters tall, but Kuma was able to keep the height under 50. “As we moved into the twenty-first century, I felt that being big and tall had become embarrassing,” he writes in his book My Life as an Architect in Tokyo. Much of Kuma’s work follows this idea of being well-designed — but understated — and carefully focused on the environment surrounding the building.

The Japan National Stadium is one of 68 designs highlighted in Kuma’s exhibition at MOMAT (June 18 – September 26), in which he discusses five of his design principles: “Hole,” “Particles,” “Softness,” “Time,” and “Oblique.”

The Japan National Stadium makes extensive use of his principle of “Particles,” which he describes as an alternative to transparency. The particles on the stadium are the repeating wooden louvers that surround the exterior of the building. “[These] dissolve the boundaries between the miscellaneous objects surrounding a piece of architecture.” In this sense, the particles help the structure to become cohesive and blend in. 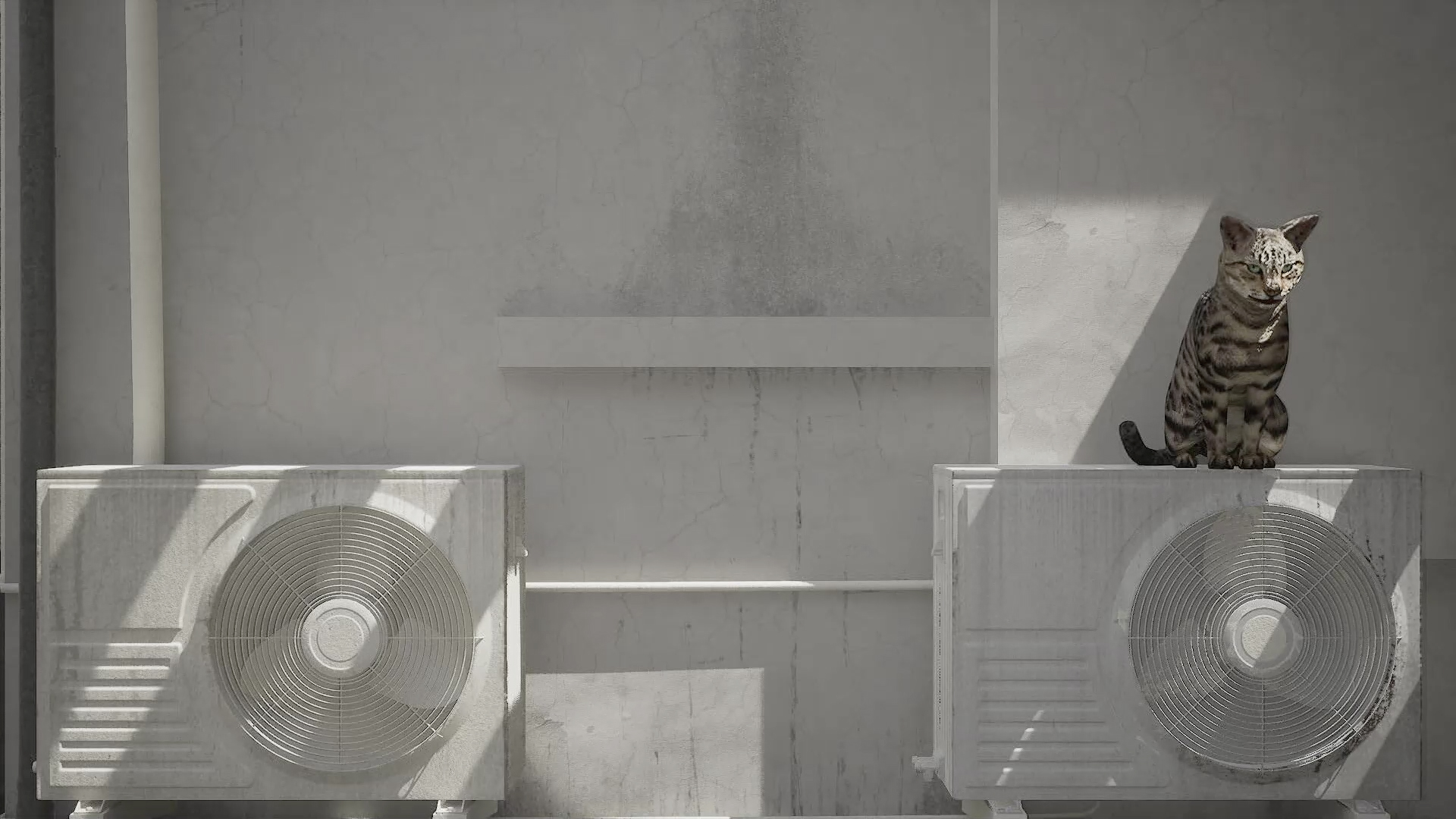 The study of cats

Kuma’s design for the Victoria and Albert museum in Dundee, Scotland, is another work highlighted at the MOMAT exhibit. It brilliantly employs his principle of “Hole.” He learned the importance of this principle through his study of cats, who use holes as a way of concealing themselves. He also sees it as a way to oppose towering skyscrapers. Kuma’s concept of “Hole” is a path that connects and guides people. It isn’t the hole itself that is important, but what the holes guide people towards, and what surrounds them. Courtyards, streets and atriums are all types of holes which he makes use of and describes in his exhibit.

While all of his five principles are exhibited in great detail at MOMAT, and are much worth discussing, I would like to use his concept of “Hole” to transition into his vision of the future of Tokyo in a post-COVID-19 world.

“The post-coronavirus era will be one in which the hole, not the box, protects the human species as well,” writes Kuma. The “box” that he talks of is the subject in the introduction of his companion book to the MOMAT exhibition, particularly the subsection titled “The Joyless Box.” It doesn’t take his in-depth references to critics, anthropologists and philosophers to understand what “The Joyless Box” refers to. Our lives are lived inside joyless boxes, and we use joyless boxes to travel to our workplace — the least joyful box of all.

Positive downsizing as the future of Tokyo

When talking about Tokyo’s urban design, Kuma described Tange’s 1960s design as “gigantic, dramatic and monumental.” However, when asked about designing for the current era, he says “to understand the spirit of the period is the most important role of the architect,” and describes his design for the 2020 Games as “intimate, human and subtle.” Instead of rapid growth creating demand for skyscrapers, Kuma describes the current economic austerity and declining population as requiring a planning methodology suited to ‘positive downsizing.’ 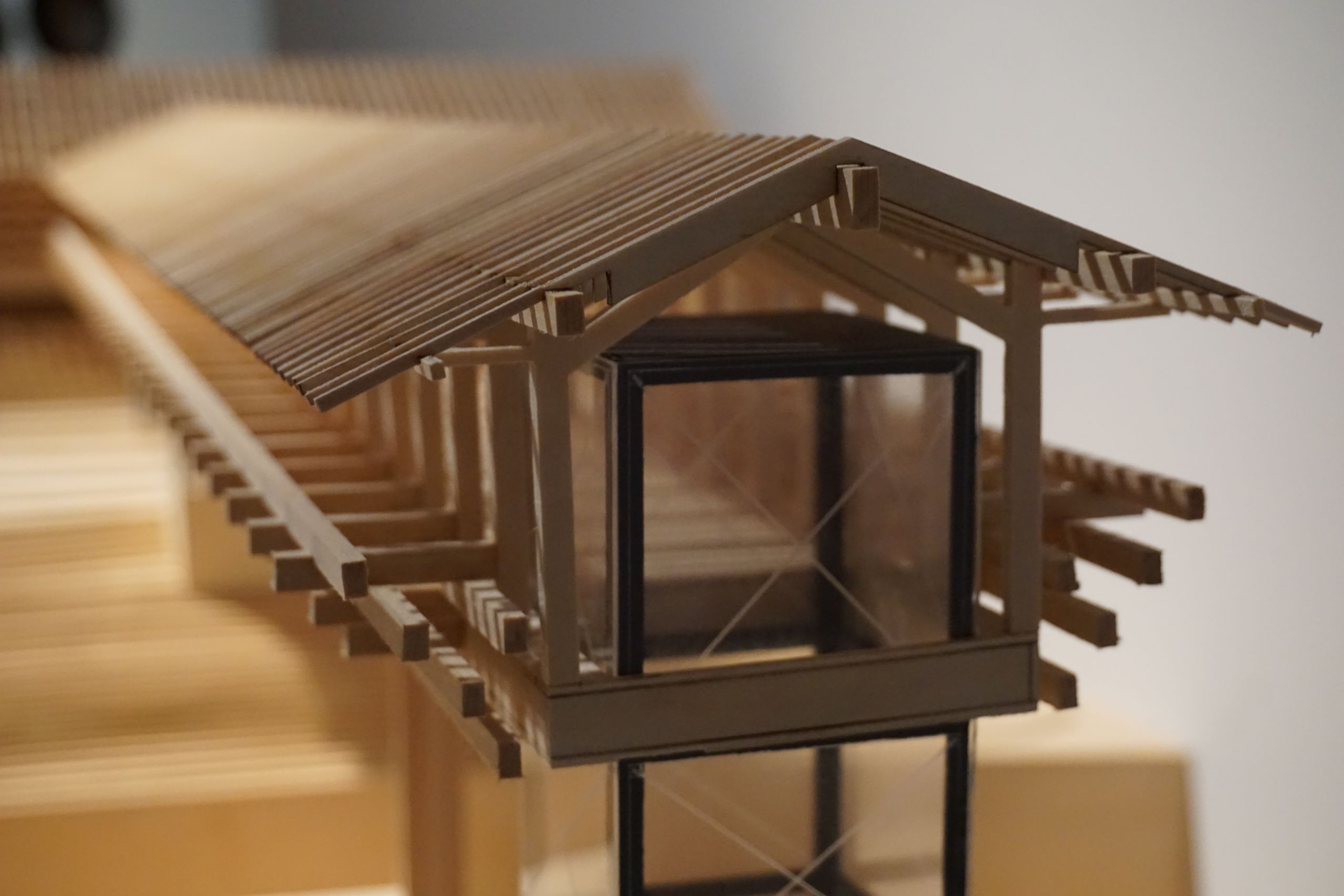 This way of thinking helped to inspire his plan for the Tokyo 2020 Games. Instead of dramatic master plans, he turned his sights to felines.

Initially, I dismissed Kuma’s exhibition, “Five Purr-fect Points for Feline Architecture,” for which he attached GPS trackers to stray cats to map their paths through his neighborhood of Kagurazaka, as simply quirky and provocative. It is certainly both of those, but it is also innovative and forces us to think of cities through a new lens. His comments on modifying anthropocentric ways of thinking and focusing on “de-anthropocentrism” are increasingly relevant in our world of climate change.

This way of thinking has also helped him to focus on his goal of creating intimate and subtle design. In his exhibition at MOMAT, you can see cats throughout his architectural models, giving a different perspective and sense of scale than the typical human models.

Leaving the city behind

“People already want to leave Tokyo and big cities,” says Kuma. “It is a trend that has already started [since before the COVID-19 pandemic.] Urban and architectural design will change drastically. The big towers in the city will be out of style after COVID-19. Working and living in the countryside can be a new trend. Architects should show this as a new paradigm after COVID-19.” It is clear that, for Kuma, the pandemic that kicked off the decade will be a major turning point in the world of design.

Kuma is helping to lead the trend away from skyscrapers and big cities toward smaller, more friendly and less box-like places. Of course, his exhibition highlights some of his works in major places like Tokyo, Sydney, São Paulo and Paris, but the vast majority of places he builds are in small towns and cities that most of us haven’t even heard of. These areas offer him flexibility and the chance to reinvigorate small towns and the smaller-scale projects are distilled examples of his design philosophy and principles.

If you are interested in seeing models, videos and images of these buildings, please visit Kuma’s wonderful exhibition at Museum of Modern Art, Tokyo, and see how his approach to architecture can help change the post-COVID world for the better.

Looking for more on Tokyo Architecture? 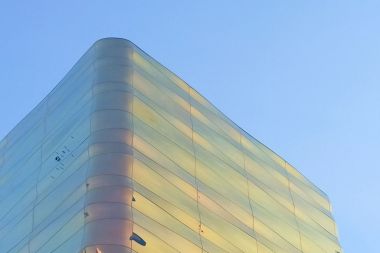 The Diversity of Tokyo’s Architecture
Photography highlights from Metropolis reader 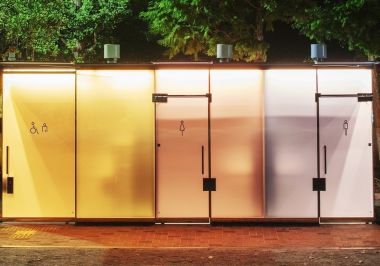