Is Japan Safe for Women?

Questioning the “Japan is safe” narrative on International Women’s Day

Japan is a safe country — an anthem proudly sung by many Japanese people and expats. If you live in Japan, you can reserve a seat in Starbucks by leaving your laptop. You can lose your wallet and have it returned to you with all your bills still inside. Oh and if you are a women, expect to be harassed on a train while onlookers watch silently. And if you go to the police, just know that chances are, the criminal will face no punishment whatsoever. 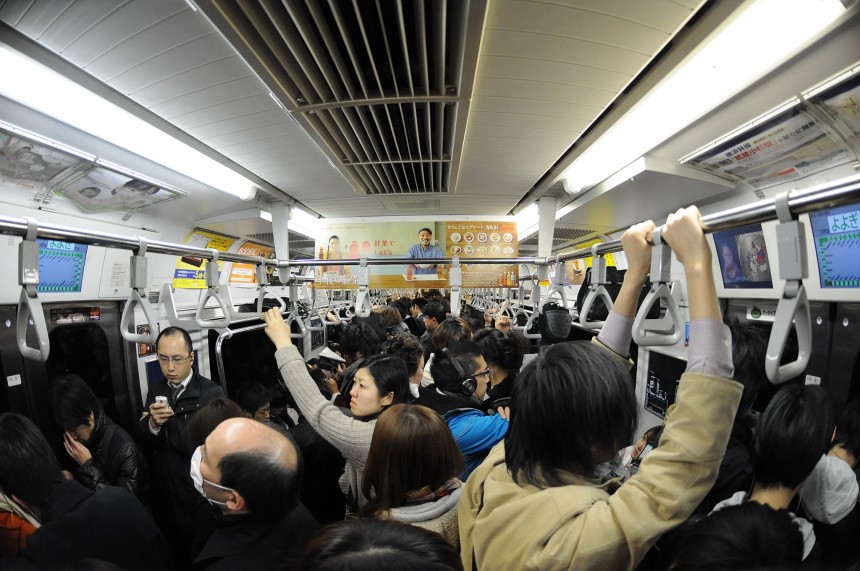 In fact, many victims have reported chikan aggressively putting hands up their skirts or even putting fingers inside their vagina. This is rape. Train groping is widespread sexual assault happening on a regular basis and many of the victims are schoolgirls, children, under the age of 18. Groping is considered a gag on TV shows, not a crime. It’s framed as just a fact of life. Crime is guns, knives, gangs, fist fights and foreigners. What happens between two Japanese people on a crowded train, in a marital bedroom, at an office nomikai is not crime but just one more scar on a woman’s soul, one more humiliation that she will hold inside, silently, for the rest of her life.

It is true that I have only been catcalled by construction workers once during my two years in Japan, whereas in London it sometimes felt like a weekly occurrence. However, even within my circle of acquaintances in Tokyo, the stories of abuse from women who live in Japan make my blood run cold. Assault. Online harassment. Spousal rape. Stealthing. Groping. Stalking. Given the level of privilege of most women I know, I shudder to think how bad it is outside of my bubble. Moreover, if I was sexually assaulted in Japan, I have very little faith in the Japanese authorities’ ability to bring perpetrators of sexual violence to justice. The numbers are damning. According to statistics from the Gender Equality Bureau Cabinet office, only 4.3% of rapes get reported to the police. Even when rapists are arrested, 53% of cases are dropped by prosecutors. 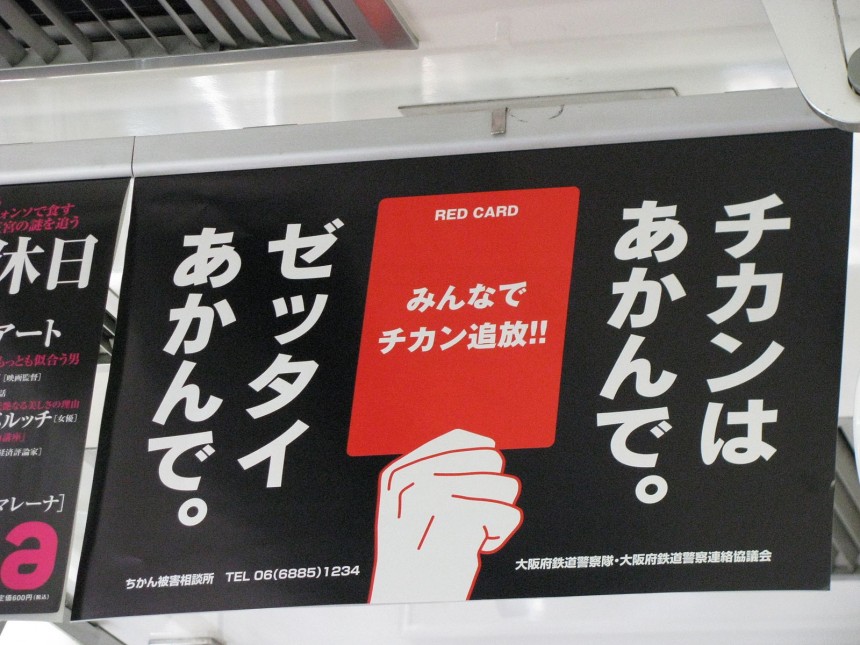 Warning signs against groping or “chikan” are a typical sight on Japanese trains.

I love my life in Japan. This is a wonderful country and I have found Japanese people, for the most part, to be overwhelmingly kind and moral. I do not want to add to the reductive and Orientalist “Japanese are perverts” narrative perpetuated by certain Western media outlets. But there is something sick when a country lauded as one of the safest places in the world has a huge blind spot towards violence perpetrated against half of its population. I have faith that change is coming thanks to the astounding courage of Japanese women like Shiori Ito, whose account of her own sexual assault in her book Black Box has already begun to change the conversation about violence against women. Change can not come fast enough.

Is Japan safe for women? It breaks my heart, but I am not convinced. Unlike many foreigners who choose to make this country their home, I do not love Japan because it’s safe, I love Japan despite it being demonstrably unsafe for 51% of us. I desperately want to believe that Japan can become a society where little girls can grow up without looking over their shoulder. If you love Japan, do not ignore these issues this International Women’s Day. Instead, be part of the change this country so desperately needs.

1 in 3 women will experience sexual violence in their lifetime. If you have been affected by any of the issues raised in this article or have been a victim yourself, Metropolis encourages you to seek help from a trusted source. The TELL Japan Lifeline is a wonderful resource for Japanese residents to receive non-judgemental, confidential, telephone support, in English or Japanese.