Navigating the nooks of Japan’s hospitals

For all its faults, Japan has one of the best medical systems in the world. I began this column from the room where I was hospitalized for nearly a month with what was originally pneumonia and eventually became something more serious. 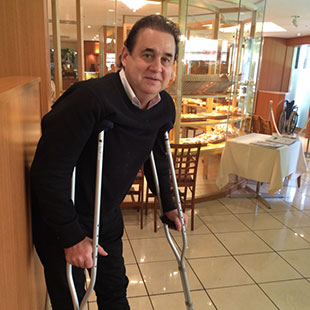 The upside of the medical system: A well-run, organized and affordable medical plan. Payment is decided on a sliding scale based on income.

The downside? It can be a confusing, impersonal, one-size-fits-all type of insurance scheme if you don’t follow a few simple tips.

First, find a hospital or clinic you like and a doctor you feel comfortable with. Your personal doctor will serve as the key to all your medical care and  refer you to various specialists. Keep all consulting through him or her.

Second, do research. Japanese doctors have a habit of asking you which course of action you’d prefer, which can be confusing if you’re unprepared. The good news is if you have information about the available treatments or tests, more often than not they’ll make it happen without a fuss.

There used to be two key hospitals for the international community: The Tokyo Adventist Hospital in Ogikubo and St. Luke’s in Tsukiji. Sadly, the Adventist has taken a hit, and having just returned there for over a month, I can see it’s no longer an international hospital but a niche, “regular” hospital that’s somehow become extremely unfriendly to non-Japanese patients.

Ken Joseph Jr. directs The Japan Helpline at www.jhelp.com, which has been helping the international community 24/7 since 1975. Just press “Help!”

Ken Joseph Jr. directs The Japan Helpline at www.jhelp.com, which has been helping the international community 24/7 since 1975. Just press “Help!”