The National High School Baseball Championship (Summer Koshien) is the most prestigious of its kind at high school level in Japan. In 2016, a female manager for a high school baseball team from Oita Prefecture stepped onto the pitch to hand out balls to her team’s players during practice. A tournament official fiercely rebuked her and immediately sent her off the pitch and back to the dugout. The reason? In Japan, females are not allowed to set foot — let alone play — on a baseball pitch’s “hallowed” grounds.

Despite a short-lived debate about the rules prohibiting girls from entering the pitch, and despite influential women, such as the Japanese National Baseball Team player Yu Kato, speaking out against it, women in 2020 are still not allowed on pitch grounds solely due to their gender.

Many university and high school students become joshi mane due to their love of a particular sport. Meha Kaul, a former joshi mane for the University of Tokyo basketball team, tells Metropolis that she chose to become a manager mainly due to the fact that there wasn’t an opportunity to do so for the women’s basketball team. She also saw it as a chance to improve her Japanese. 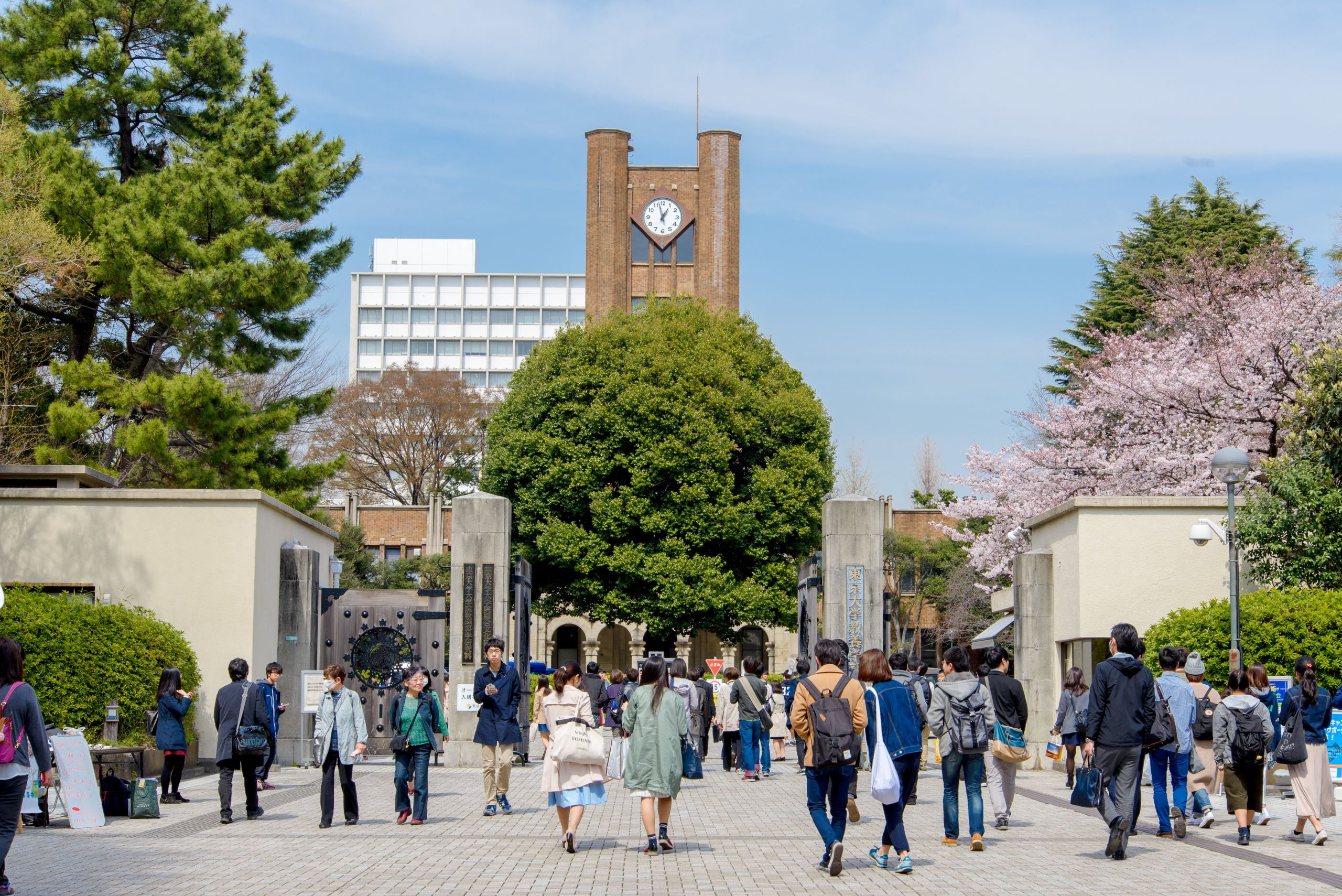 The student body at the University of Tokyo is 80 percent male, meaning the problem of joshi mane and their gendered roles is often overlooked.

The lack of opportunity for women in sports starts in high school, continues through university and is further entrenched in the world of professional sports. The latter is not a problem unique to Japan, with the American NBA and WNBA leading the world in gender pay disparities — the average player compensation differing by a staggering c.$8,245,000. However, the former is particularly pronounced in the Japanese education system, wherein many female students switch from baseball to softball in high school. “Female students stop playing manly sports probably because of social pressures and gender norms,” says Kanna, a Keio University student and former university baseball club manager who prefers not to reveal her full name. Instead, many take up the role of joshi mane.

But what exactly do joshi mane do? Kaul explains her role as involving “both logistical and administrative tasks ranging from maintaining the player’s score-cards, operating the timer, making the ice-packs to tending to injuries and making sure that the players’ water bottles were filled at all times throughout the practice.” Kanna laughs as she recalls the hours she had to spend making large onigiri (rice balls) for the baseball players to help them bulk-up, and how she would then record their dietary logs. 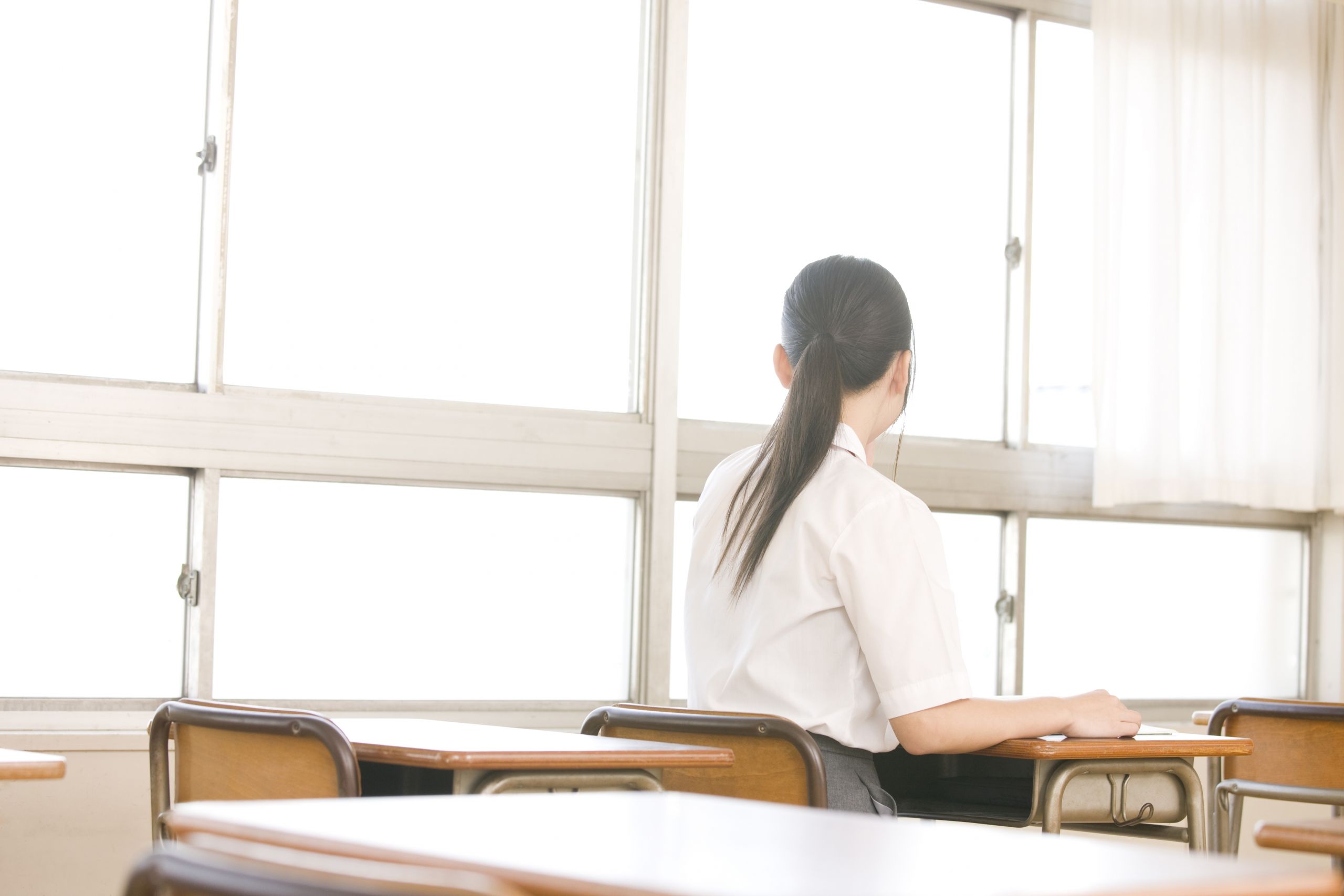 Professor Yuko Itatsu of the University of Tokyo emphasises, that, in and of itself, the concept of having “managers” for sports clubs is inoffensive, especially if it helps foster skills in organizational management or business administration. After all, sports clubs, particularly competitive ones, need people to perform administrative and logistical duties. However, Itatsu explains that the problematic point is the association of managers’ tasks with nonpaid domestic work. The requisite adjective “female” in front of the title as a role reserved solely for women in male sports clubs points towards societal gender disparities and inequalities.

University club culture might perpetuate such old-fashioned views of gender roles, but it does not necessarily create them

Kanna adds that joshi mane are expected to act in gendered roles, as the ideal female helper. “Why is there a need for managers in the men’s team and, if there is a legitimate need,” Kanna asks, “Why can it be only fulfilled by a joshi mane? Why are women constantly being subjected to an expectation that resembles the ‘breadwinner’ and the ‘homemaker’ dichotomy or just plain sexist binaries?”

A breeding ground for gender disparities

It’s important to note that while gender issues are apparent at the University of Tokyo, where just over 80 percent of students are men, as Itatsu points out, “the archaic views that we see on our campus, and also on other campuses, are not necessarily generated on a university campus, most times [students] do come to university with that archaic view.” University club culture might perpetuate such old-fashioned views of gender roles, but it does not necessarily create them. 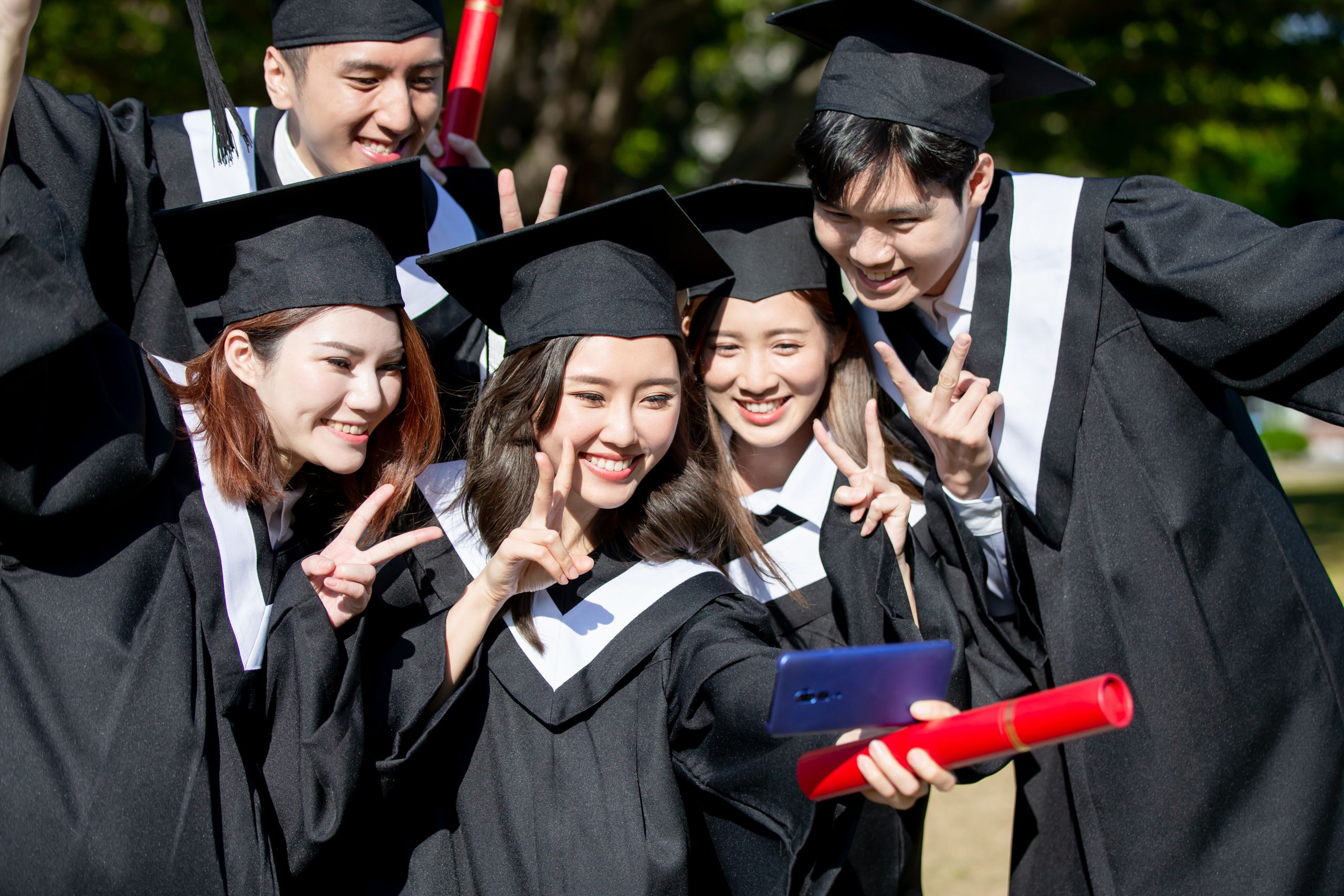 Professor Yuko Itatsu of the University of Tokyo discusses joshi mane and the significance of the phenomenon in gender disparities in Japanese society.

Despite Japan’s reputation as one of the most advanced economies and former Prime Minister Shinzo Abe’s pledges to improve gender equality through his Womenomics policy, the country still trails behind most OECD nations in terms of gender equality, with a 24.5 percent gender pay gap compared to the OECD average of 13.2 percent. Women make up almost half the population of undergraduate students in Japan (45 percent), yet the nation’s highest ranking and most elite universities, such as Kyoto University and University of Tokyo, have significantly lower female undergraduate acceptance rates.

[W]ith about one third of Todai graduates seeking jobs in Japanese government, Itatsu believes that male students at University of Tokyo are themselves invested in maintaining a hierarchy made of students who have succeeded in the current system

The case of joshi mane acts as a foil for the greater gender disparity issues that permeate club culture and the university as an institution. “The underlying sexism that is overshadowed by the eliteness of Todai is hidden under the rhetoric of progress and development in Japan,” Kaul explains. University of Tokyo, or Todai, may be first in national league tables but Kaul believes it lags behind on gender equality. Female students are often made to feel marginalized, recommended to hide their intellect, and constantly judged by their male counterparts on their “femininity.”

For instance, there are numerous reports of clubs tacitly barring Todai women and favoring the recruitment of intercollegiate students, based on a bias against female Todai students. Out of over 30 tennis clubs at Todai, only two of them actively recruit Todai women.

Itatsu emphasises how this is not just a problem within the student body but the university as a whole. “Female professors tend to be junior faculty members, in the non-tenured jobs which are less permanent and less stable,” she says. Thus, it becomes the problem of how to change a university culture that is — even from the top — dominated by men, most of who studied at University of Tokyo themselves. Furthermore, with about one third of Todai graduates seeking jobs in Japanese government, Itatsu believes that male students at University of Tokyo are themselves invested in maintaining a hierarchy made of students who have succeeded in the current system. “They are the winners in the educational race, and their parents were probably also winners in the educational race,” she continues.

The need for reform

One cannot deny that in order to reform these outdated views of women and their roles in society, institutional and societal changes are needed, particularly within the educational system, which is meant to be the ultimate egalitarian body. However, Itatsu points out that reforming societal views that place stigmas on women applying to high-ranking universities, and their roles within them, is not just about reaching out to the student population. 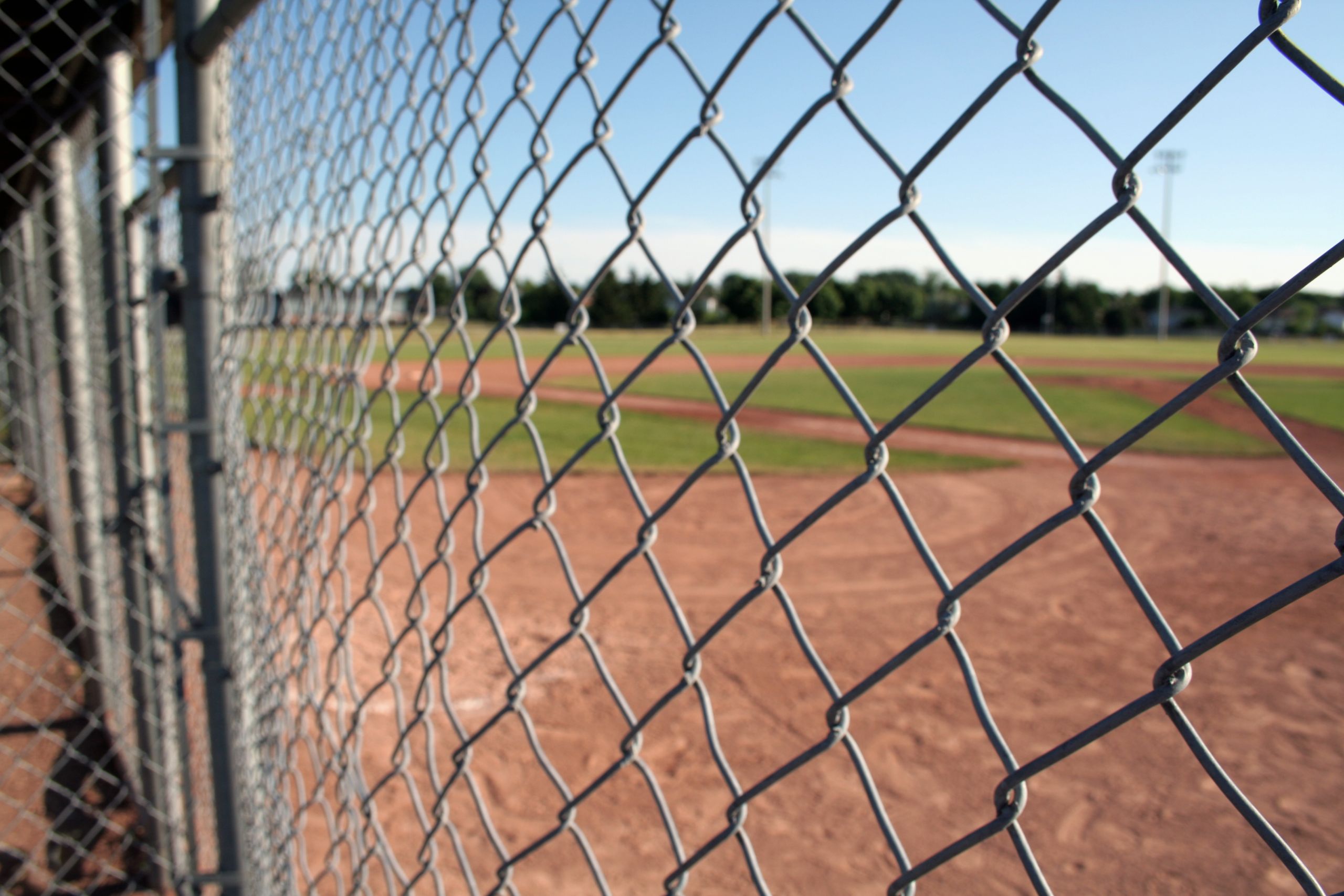 Female managers’ tasks range from maintaining the player’s score cards and operating the timer to making sure that the players’ water bottles were filled at all times.

“You have to reach out to multiple generations and multiple stakeholders in order to change that stigma,” Itatsu says. Student organizations have a high degree of autonomy, which limits the capabilities of the university to reform them from above. Itatsu proposes “an effective campaign to stigmatize the status quo, to actually do a campaign about how problematic the current culture, and how ‘uncool’ and how unbelievably archaic it is.” A shift in perception and social norms is necessary to encourage individual changes within the student body.

Maybe one day, a young girl will be able to freely step onto the Koshien baseball grounds and truly take her education and goals into her own hands.