As my bus made its way out of the city, the landscape gradually became greener and steeper and the roads narrower. Eventually, we rode along next to Fuji River, a thick torrent of water that flooded regularly in the past, leaving behind the rich soil that feeds Yamanashi’s renowned orchards and vineyards. My fellow passengers and I held our breaths as we passed under a huge wooden gate, its dark brown wood and ancient carvings making it seem too fragile for this lumbering vehicle. It marks the main entrance to this temple town. Our bus crept past moss-covered gardens, smaller temples and shrines, and cafes and restaurants until it stopped in a parking lot.

Only 158 km from Tokyo, and I found myself in another world. I stepped out into cool mountain air and heard the sound of rushing water from the streams coursing down the mountain. Pockets of mist snagged in the trees above me, and the road carried on toward more shops and ultimately, Kuonji, the main temple for the Nichiren sect of Buddhism. Somewhere down a side street was Kakurinbo, the temple inn where I would spend the night. 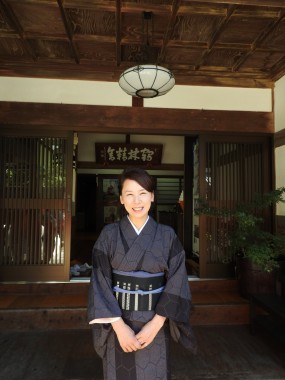 A seamless weave of temple and inn tucked on a small corner of the mountain it shares with Kuonji, Kakurinbo is an ideal sanctuary. With a clean and simple aesthetic, perfect for pilgrims and weary urbanites alike, its warm wood tones and traditionally plastered walls breathe tranquility. My room, like all of the guest rooms here, is tatami-floored with traditional shoji doors. As I gaze out at the brightly-colored koi swimming in the pond below, I feel my breathing slow.

Kakurinbo is one of roughly twenty shokubo (pilgrim inns) in Japan’s Southern Alps where Nichiren, a Buddhist priest during the Kamakura Period who insisted the Lotus Sutra was the only means to enlightenment, eventually settled. Twice exiled for his belief in this sacred text (once to the Izu Peninsula for a year and later to Sado Island for two years), it is easy to imagine that these deeply forested and steep mountainsides must have felt a comfortable distance from the capital. It was, though, even in the 13th century, still close enough for his devotees to make the trek.

“It would probably have taken them ten to twenty days,” Nissei Higuchi, the head priest at Gyogakuin (the main sub-temple of Kuonji), tells me as we sit in his study. Higuchi is the third generation of his family and the 42nd priest to lead here.

After Nichiren’s death in 1282, the area gradually fell out of popularity. Roughly 200 years later, under the guidance of Niccho Daishonin, a follower of Nichiren, Kuonji found itself back in the spotlight once again. This time, though, it was for more positive reasons.

Tokugawa Ietsuna, the fourth shogun of the Tokugawa dynasty, suffered from a nagging eye problem and desperately searched for a cure. After praying at Kuonji, he was miraculously cured and so bequeathed this land to establish Gyogakuin. Kakurinbo, the associated shokubo, was established soon after to accommodate the pilgrims that returned in droves.

Now, 500 years later, as the number of pilgrims dwindles again, another miracle appears to be underway.

It started two years ago, when a Swiss couple appeared with their bicycles at Kakurinbo and asked if they could stay. “They said they simply wanted to take a shower and sleep,” Junko, Nissei’s wife and mistress of the shokubo, says with her usual smile.

“Why they chose us, I don’t know,” she adds, while shaking her head at the memory of how the situation threw the whole staff into a flurry of activity and panic. At that time, Nissei was the only one who spoke English, so he helped get them settled. It seems everything went very well. Since then, word spread about a charming inn in the mountains only a few hours outside of Tokyo that welcomed foreign guests. “We are, as far as I know, the only shokubo in the area where English is spoken and where foreigners come regularly,” she said. Enough come that they hired a bilingual staff person to help translate and serve as a cultural liaison. 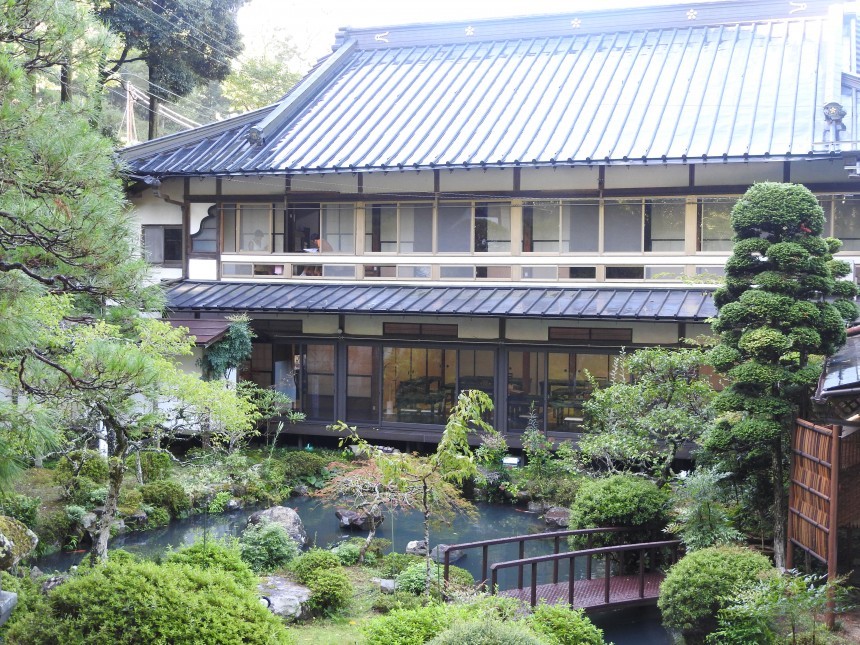 Traditional pilgrims usually spend one night at the inn before attending morning prayers at Kuonji at dawn. Some embark on a two-day hike to Mount Shichimen, another sacred site, but many simply return home. Foreign guests, however, tend to stay two to four nights. Some, like that first couple, simply want a place to stay, although many aim to relax and explore.

Worried her guests would get bored, Higuchi reached out to various friends to see if they could help. A local potter, Mitsuhiro Takeshita, offers weekly workshops in his home studio and Sasaki Iwao lets visitors try their hand at making senko hanabi, a traditional form of firework. Another, Rieko Kawanishi, a professional kimono dresser, regularly comes to Kakurinbo for the five-minute wedding kimono experience. Guests don the heavy silk kimono complete with accessories and a quick hair styling for a photo opportunity. Motosuko, one of the Fuji Five Lakes, is a short drive away, and there are also plans of adding a cycle route.

“I want to help build up the area,” she says. “I have so many ideas, but I am just one person with only so much time and energy.” 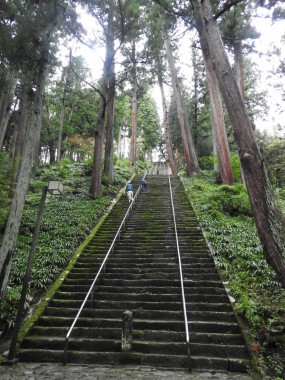 Junko Higuchi’s passion and creativity shine in every part of Kakurinbo, from her cheerful greeting when guests arrive to the wine-essence-infused baths. It is particularly evident, though, in the exquisite meals. The food is all vegetarian and as satisfying to the eyes as it is to the taste buds. Higuchi is clearly a creative soul (she holds a degree in design); the only limits she places on herself and her kitchen are that the ingredients are in season and come from Yamanashi, making each meal a handcrafted celebration of place and time. Natto (fermented beans) and miso are made in-house from akenobo daizu, a local variety of soybean, and every meal features yuba, a thin sheet of tofu “skin” skimmed from steaming vats of soymilk.

“I got the machine on one of my last birthdays,” she laughs, her eyes sparkling as she brings out the final lunch dish — a bowl of soy milk soft-serve ice cream accompanied by four fruit toppings: fig, strawberry, plum and peach. “It took a long time to get the taste just right.”

Her research was worth the effort. The ice cream is delicious, smooth and creamy perfection. The sauces capture the flavor of each fruit perfectly and are delicious all on their own. I only wish that I could eat more. “You’ll need the energy for all those steps,” she tells me, referring to Kuonji’s famous temple staircase that I plan to climb that afternoon, and we laugh.

Indeed, a few moments after I pass under Kuonji’s magnificent main gate, the third largest in Japan after Kyoto’s Chionji and Nanzenji, I walk between towering thousand-year-old cedars to the 287 steps. At their top is a tiny square of light that seems impossibly far and high. There are easier alternate paths, but as I stand at the bottom and gaze up the more than 800-year-old staircase, I set my foot on the first step. There are no shortcuts to enlightenment.

More information on a trip to Kakurinbo…