DiCaprio dishes on the film that earned him an Oscar

Perhaps one of the most beautifully unsettling films to have come out in recent years, The Revenant is a visceral and immersive cinematic experience. It’s only fitting that this thriller was the film that put that coveted golden statuette into the hands of its leading man, Leonardo DiCaprio.

The story follows the survival of frontiersman Hugh Glass (DiCaprio), who, while exploring the uncharted American wilderness, is left for dead after being mauled by a bear. When his son is murdered by a member of his hunting team (Tom Hardy), Glass must rely on his survival skills and instinct to find his way back to civilization. Fueled by vengeance and guided by sheer will, the fur trapper treks through snowy terrains for miles to track down the man who betrayed him. 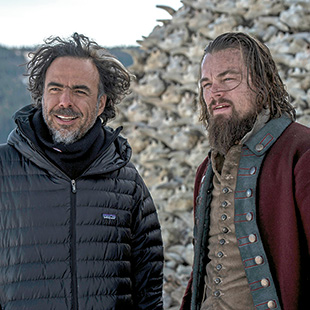 Inspired by a true story, the film was directed and co-written by Academy Award-winning filmmaker Alejandro Gonzalez Iñárritu, and is perhaps one of his most ambitious works to date.

Fresh off his Oscar win, DiCaprio recounts the historical background, the aspiration and the physical challenges of the film.

What drew you to the project and the role?

What drew me to this project was the opportunity of working with Alejandro. He’s a man with a clear vision, and there aren’t many filmmakers out there who can turn an epic, existential poetry into a movie like this. The film is about an American campfire legend, and the story is pretty linear.

Glass is a fur trapper and a survivalist who struggles for his life, crawling through hundreds of miles of wilderness on his own after being mauled by a bear.

Was it your aim to make this film “poetic”?

Definitely. We tried to make this film as visually poetic as possible. In doing so, we had to hide and immerse ourselves in nature, while planning what will happen next. To bring the movie to life, we spent months carefully preparing some shots, and read through as many documents as possible for research—cultural backgrounds. But ultimately, nature took over.

We tried our best to turn this film into a kind of virtual reality, like a documentary, so that people who watch this film can be in a completely different world, during difficult times in history.

The bear sequence has been getting a lot of good reviews from the critics.

I feel that scene will give audiences a great movie experience. We went to great lengths to shoot that scene, but the end result is unlike anything else. During the attack, you can almost feel the bear’s breath. You feel this new awakening of a new sensation, and you feel breathless. What Alejandro achieved with this transcends anything I’ve seen in any movie. 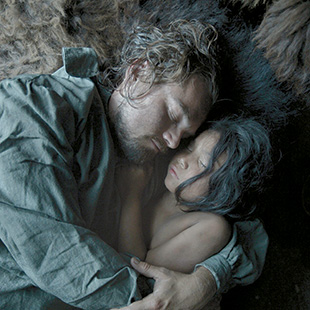 The movie feels so real, it’s as if you’re actually there. Was this one of the aims of the film?

At one stage during the process, I think Chivo and Alejandro developed this sense of unity with nature. [One of them] would have the camera swerve off to this expansive battle sequence, then come right back to another intimate moment with the character, and then move.

It’s hard to compare this film to other movies. This is an extremely ambitious film that’s rare in Hollywood. This is a linear story about a man’s survival and revenge, but at the same time, grows into this amazing visual poetry.

Was it a challenge for you as an actor to express your thoughts and emotions without words?

It was difficult but worthwhile. Glass only had one motivation—revenge and survival—and many of his lines were ones in which he express his emotions. Alejandro and I discussed these aspects of the film thoroughly. We carefully analyzed the script, looked for special moments, and then I would immerse myself in Glass’ character and his experience.

Glass doesn’t say much throughout the film. But so long as the actor can channel the character’s feeling, you can project much of the character without dialogue. What made this role particularly unique is that these emotions were seldom verbalized, and it required me to take a completely different approach.

This interview took place in New York, on October 14; interview by Twentieth Century Fox. The Revenant is in theaters now.