More than a Number

Seventy-nine! That’s the number I stared at. We had just recorded the final episode of a program I was producing called Access E—the forerunner of Fox Backstage Pass. I remember thinking how I nearly got to 80 episodes! At the time, that seemed like one hell of an accomplishment!

Now, as Fox Backstage Pass moves beyond its 300th episode, I marvel at how anyone—and there have been some outstanding people associated with this program over seven years—can sustain the level of excellence I think the program had during that time. 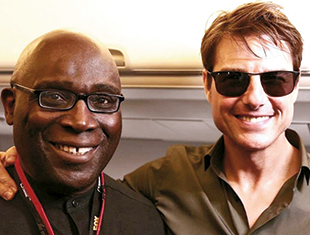 Of course, my opinion has a certain degree of bias because, after all, I’ve been the executive producer for every one of those episodes. But rather than pat myself or the amazing staff on the back for putting together this ode to Hollywood entertainment in the heart of Tokyo, I would like to highlight some of the more memorable episodes.

It started with Michael Jackson. A one-hour TV special I helped film and produce on Jackson’s final visit to Japan, in 2007, proved to be the catalyst for a deal with Fox International Channels Japan to convert Access E, which aired on a number of Japanese and U.S. networks, to Fox Backstage Pass for broadcast in Japan.

Then there’s Will Smith. I haven’t counted, but I’d venture that Smith has been featured the most, with Johnny Depp and Tom Cruise close behind. Our history with Smith is a storied one that includes flying the skies of Tokyo in a U.S. Army Blackhawk helicopter during a promotion of I Am Legend. 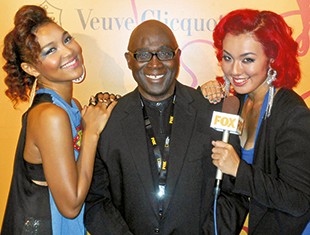 Speaking of Cruise, one of FBP’s most challenging endeavors was to shadow the actor during his most recent Japan film promotion, for All You Need Is Kill (Edge of Tomorrow).

Whether FBP took reporters to Los Angeles to cover the American Idol finale or to New Zealand for a visit to the set of the Hobbit films, there always seemed to be a certain flair about the way the show’s episodes evolved.

That evolution included the presenters. Initially, they were all women—bilingual and very sexy by design. The former to make it easier to get interviews with international stars on the red carpet; the latter because, well … sexy reporters just seem better at catching the attention of stars with limited time and plenty of media outlets vying for their attention. Eventually this expanded to include men. 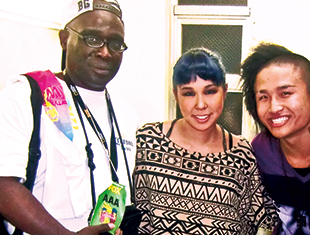 Smith with Ai and Hok

Looking back, several episodes always stand out to me as especially memorable. One is the episode that featured more than 1,000 Yamano Beauty College students dressed as zombies who, led by former Sumo Grand Champion Akebono, stormed Tokyo Tower on Halloween.

Another was the Fox Summer Party in Okinawa, which featured J-pop singer Ai, DeeJay Kaori, So You Think You Can Dance alumnus Hok, and more than 8,000 guests—big numbers for sure.

But numbers, even 300, are not the most important thing I will remember about Fox Backstage Pass. It’s the people I’ve met along the journey: A young Crystal Kay finding singing fame as a high school student; Jero, and the amazement I felt the first time I heard him sing enka; or Dave Spector just being hilarious Dave—something that I can’t help but smile about.

Smiles per view! Maybe that’s a number FBP should quantify in the future.

Waiting for the Barbarians