U.K. musician extraordinaire on Queen, Tokyo, and concerts at home

After decades of touring the world with some of Britain’s best, English musician Morgan Fisher has made Tokyo his residence. Metropolis spent some time with the London native, who has played with the likes of Queen, to learn about his incredible journey.

When did you start playing piano?

I first played a piano at my grandmother’s house when I was six. When I was eight, we moved house and bought our own piano … and I had regular lessons once a week from age 10 to 14. Then I discovered The Beatles, and everything changed.

And by the mid-’60s, you were playing for The Love Affair? 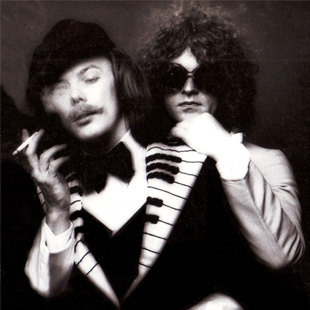 I was playing with them by 1966, before they were called “The Love Affair.” When I was 17, we released an album that didn’t do much, so my parents insisted that I finish high school. I then left the band for a year, during which they had a number-one hit. When I finally got out of school, they said, “Please come back to the band,” so I went from zero to stardom in seconds.

And in the early ’70s you were playing with Mott the Hoople.

What was your favorite event between your time with Mott the Hoople and touring with Queen?

When punk happened, it just felt right to go indie and make my own home studio. I really enjoyed it.

What was your favorite memory of touring with Queen?

Freddie, basically, because he was hilarious. The best time with Freddie was when it was just him and the audience. He would sing [vocal lines] at the audience, who tried to sing them back to him, and he would increase their difficulty until the audience just cracked up laughing. It was different every night, so that’s my favorite memory of Queen.

Your music evolved into something different every night, like what Freddie did in those vocal exchanges with the audience. 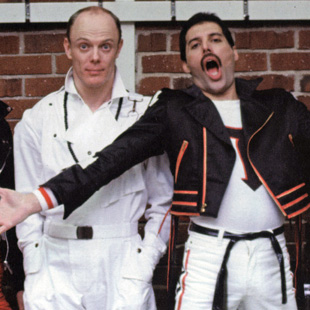 Well, I felt a lack of fulfillment just staying in the music business, which I had done—without a vacation—since high school. I needed a break, so I went to India and meditated for four months, and that changed everything. I became a vegetarian, got healthy … and more and more, I went towards the improvising side of music, which felt more real to me.

How did you end up in Japan?

I tried living in L.A., but couldn’t find what I wanted there. Then one day, as I was looking at a map of America in a book, I turned the page and there was Japan. Within minutes, I had decided to move here and start over from zero. And from day one, it felt right.

Could you tell us a bit about your series of 100 concerts at Super Deluxe?

I set about doing monthly concerts there that were free, so I could maintain my artistic liberty. The only reason I stopped doing it at the 100th one is because it stopped being a challenge.

So you decided to do house concerts in your home studio, to start afresh?

It gives me access to more instruments, and I have a screen on which I like to project my light paintings. I also think people are quite moved to be able to enjoy this [improvisational] music in such a personal setting.

Due to limited seating, Fisher recommends making reservations to attend his monthly home-studio concerts by e-mailing him directly via his Facebook page or his homepage: www.facebook.com/morganicfisher or www.morgan-fisher.com.