The first time I went to the public bath in my old neighborhood, I felt more than a little out of place. I was an outsider, a newcomer, a conspicuous new addition to the scenery, not unlike a golf ball in a carton of eggs. But the awkwardness quickly passed, and I soon became a regular there.

Over the next couple of years, I went back again many, many times, right up until its doors closed for the last time. In this way, what started on a whim turned into one of the most valuable experiences I’ve had in Japan.

Six months before, I had arrived in Tokyo from Shanghai to start over. It was my fifth international move in about six years, and in addition to the usual challenges of getting settled, I also had to address my mangled personal affairs. My life had recently exploded with great vigor. So much so that my ears were still ringing. My life was a mess, and so was I.

I tried to put myself back together again but did so poorly. Nothing was working. And so, on the night just before that first trip to the sento, after half a year of ping-ponging between Nerima and Roppongi for work, sleeping far too little and generally trying to ignore my problems, I desperately needed to relax. But how? After some consideration, I thought, A bath? Yeah, I’ll take a bath. So I tried, and I failed. 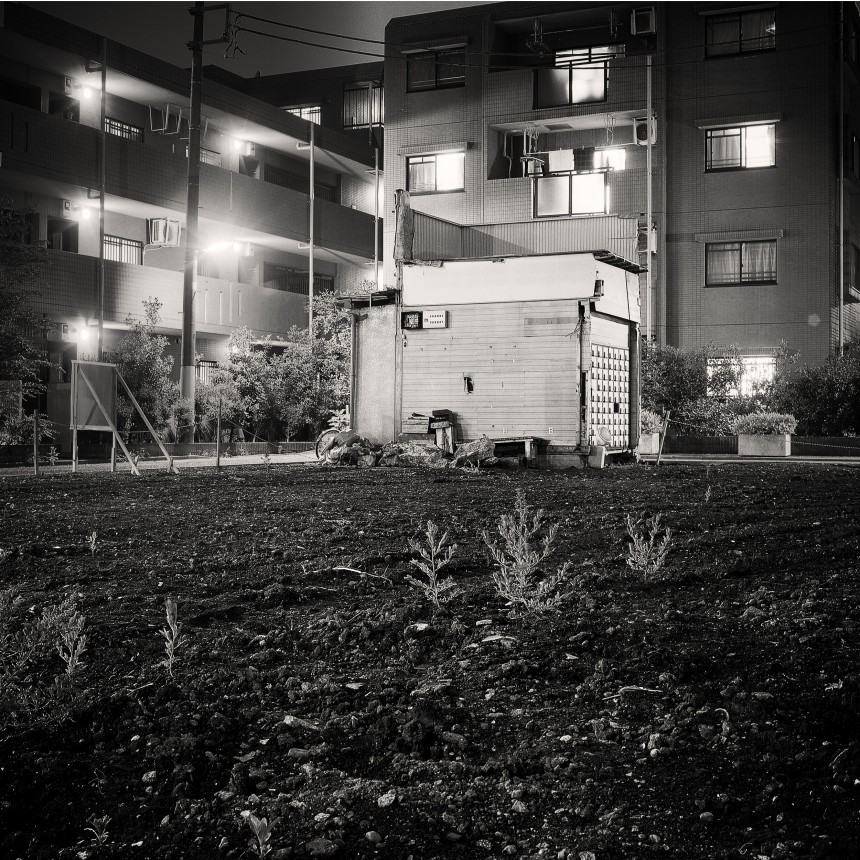 Shoe lockers left behind after the sento’s demolition. Photo by David R Munson.

The bath itself happened, but the relaxing did not. My attempt took place in my one-piece plastic unit bath, the extra-small sort with everything crammed into it. My leaky toilet was running quietly but continuously the whole time, and the washing machine I shared with my neighbor was throbbing and splashing noisily on the opposite side of the wall. Not exactly peaceful. There was also the persistent, back-of-the-mind awareness that just outside that thin plastic door were my unwashed dishes, the bills I’d forgotten to pay, and my abject loneliness. It was not the experience I had sought. I needed a change of scenery.

So the next night, it was off to the bath. I fumbled my way through the entrance, paid my fee, and entered the locker room. Others were there, but only a few. After my fleeting embarrassment disrobing, I bathed. I shaved my face and scrubbed myself clean, then spent the next hour cycling between the hot bath, the really hot bath, and the cold bath — heat, cool, repeat.

By the time I left that first night, I felt transformed. I hadn’t felt that relaxed at any time in the previous five years, and it wasn’t just physical. My mind was at ease, too, and I felt for once as if maybe everything might actually work out. That night, I fell asleep at 10pm and slept until the next afternoon. From then on, I was at the sento two or three nights a week. I had found something good.

It wasn’t even just the sento — there was a whole evening ritual around it. There was the route I would walk through a tiny park and along a narrow footpath contained by mossy garden walls. The neighborhood cats I would pet along the way.

It pains me that the regular old neighborhood public bath never gets the recognition it deserves, being perpetually overshadowed by its fancy hot spring cousin. I get it: a sento is unlikely to impress you. It is not going to be fancy, and its amenities are apt to be spare. Most are old and well worn, bearing a time-shadow patina of decades of activity absorbed into every surface.

Even so, the very mundanity of the typical local bath is part of what makes it so special. It puts on no airs and demands nothing of its patrons. It fits the definition of a third place perfectly: it is neither home nor work. It is a neutral ground and a leveling place. It has its regulars and can feel like a home away from home, thoroughly lacking any pretense or extravagance.

And for me, it wasn’t even just the sento — there was a whole evening ritual around it. There was the route I would walk through a tiny park and along a narrow footpath contained by mossy garden walls. The neighborhood cats I would pet along the way. The small, family-run convenience store where I would stop on my way home for a big onigiri and a cold can of beer. 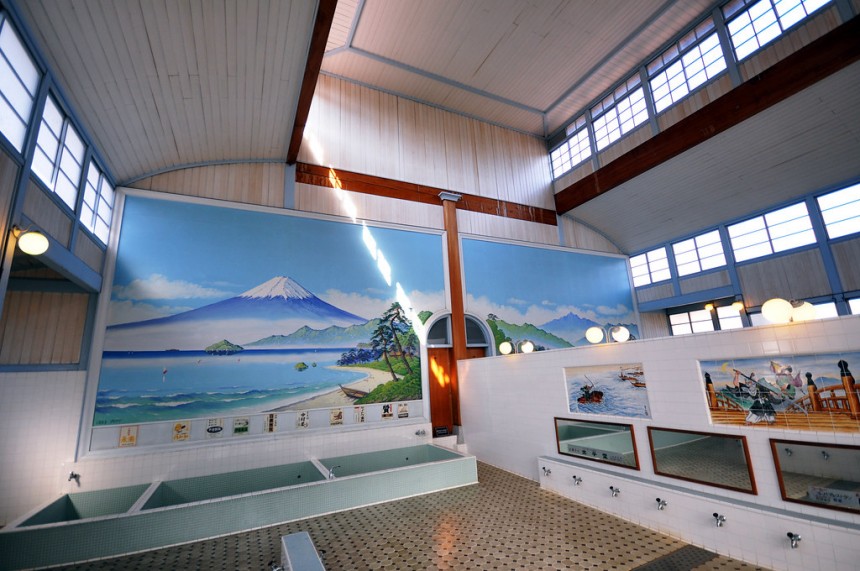 A replication of a Japanese bath house built in 1929, located at the Edo-Tokyo Museum.

And everything changing with the seasons. Walking in the rain or snow, under plum blossoms or autumn leaves and the stars, with the sound of the breeze whispering by. In the midsummer, cicadas emerging ghostly white in the streetlight glow. Every walk there and every walk home was an exercise in mindfulness, noticing what had or hadn’t changed along the way over the previous handful of days.

It became a special place in the landscape of my daily life, not in spite of its ordinariness, but because of it. And that regular ritual of going to the bath helped me feel at home both in my neighborhood and in my very skin. This, in turn, helped build a foundation upon which I could better reconstruct my blown-up life.

Just before its demolition, when I had not yet realized the bath had closed for good, I arrived one evening at the entrance just as another regular was departing. The windows were dark, the shutters closed, and the sad shake of the man’s head said it all. I would never bathe there again. And just a few weeks later, all that was left of the place was a single bank of shoe lockers standing strangely at the edge of a large plot of torn-up ground where the sento had once stood.

There’s an apartment building on the site now, and I’ve since moved elsewhere, but I will always remember that old sento fondly, and I must always give it credit for the good it did me.

David R Munson is a freelance photographer, essayist, and educator based in Saitama City, Japan.