悲劇のヒロイン (Drama Queen) is a stunning piece of theater and choreography based around the theme of tragedy and feminism in the 21st century. Five actresses speak about their own situations of tragedy and absurdity, often overlapping with each other’s stories. The stunning set design and intense projections enhances the experience, in addition to the performers mingling with the audience, which makes for a more intimate affair. 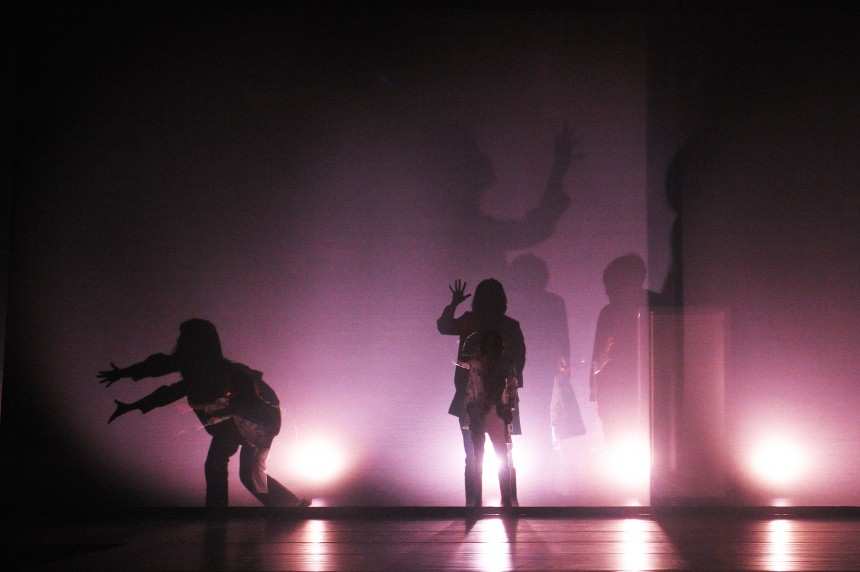 Often harrowing, visually arresting and very “of the moment,” “Drama Queen” delved into the Japanese female psyche and documented the disparity between men and women and the roles women are expected to play in a society which sadly often ignores the female experience.

Performers repeatedly screaming “I’m sorry” and “It’s not my fault,” along with visuals showing buckets of blood and warped and detailed facial images, made for a pretty intense afternoon — but one which should be shown at schools and shown daily on Japanese television to reinforce the points made in the performance. 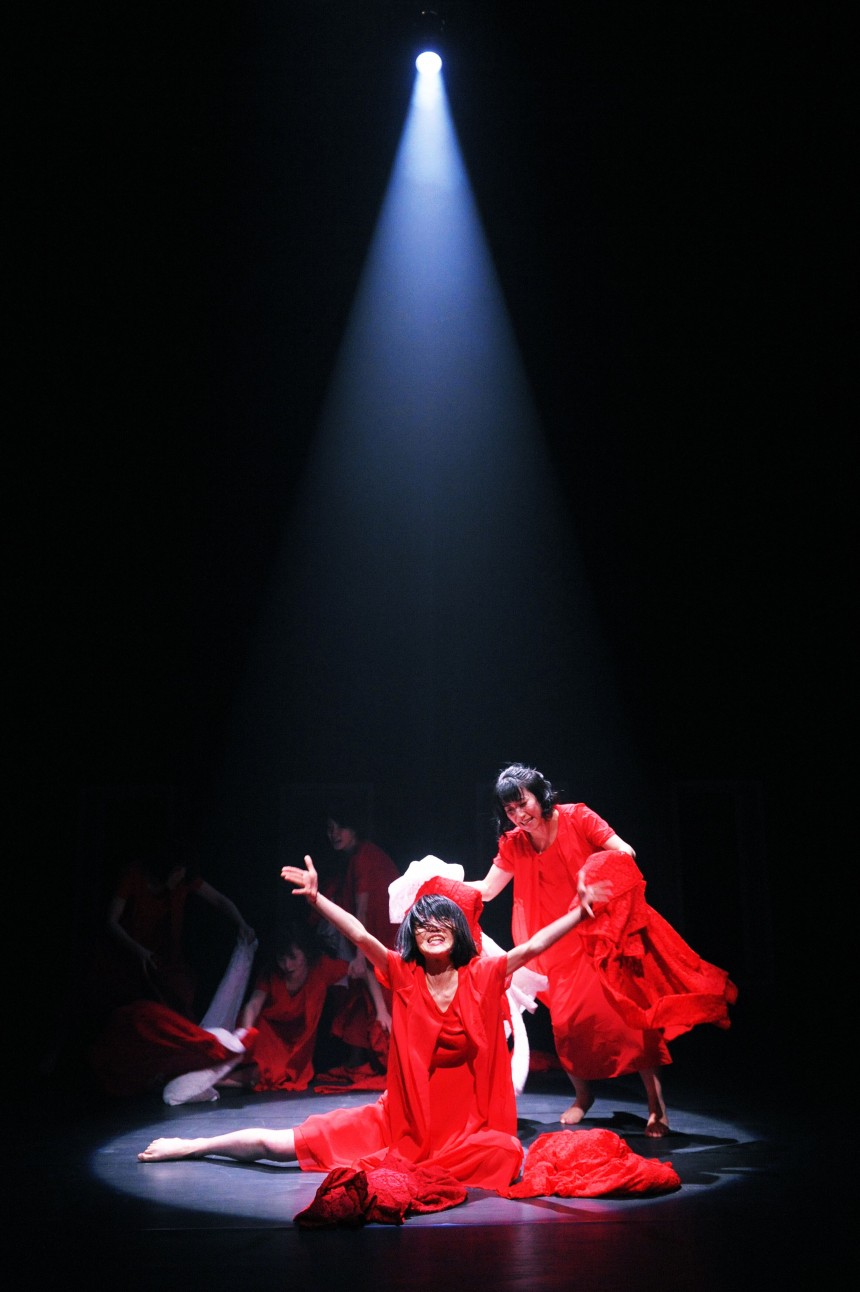 The superb dystopian denouement, which involved fire and burning, could be interpreted as burning the rotten system down to the ground in an anarchistic act, or perhaps rebirth, emphasizing that this production is a genuine tour de force for Nibroll and Japanese contemporary dance as a whole.