One Perfect Day in Matsuyama

Japan’s overlooked treasure on the island of Shikoku

Shikoku is Japan’s smallest island, home to a little over four million people. Yet it packs in a lot of big-ticket destinations, including biking along the Shimanami-Kaido, whitewater rafting in the Yoshino River, century-old onsen, and the ancient 88 temple pilgrimage attempted by about 200,000 people each year. There are few bustling cities on Shikoku, with much of the population concentrated in and around Tokushima, Takamatsu, Matsuyama and Kochi. Matsuyama, with a population about half a million, is Shikoku’s largest city and lies on its western coast. Low-cost carriers now connect this lovely city with Tokyo, making it a perfect destination for a short getaway—especially if you are a fan of Hayao Miyazaki’s Spirited Away. Or oranges. 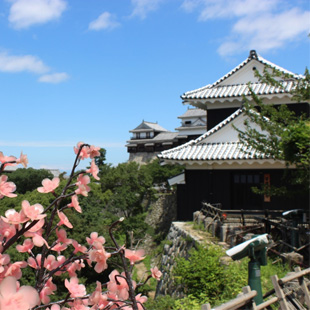 Matsuyama is just as insufferable as Tokyo in the summer months, so if you plan a trip while it’s hot start your visit by heading up to Matsuyama Castle. It’s one of Japan’s 12 “original castles,” surviving the post-feudal era and incredibly preserved. What makes this castle all the more special is its location high atop of Mount Katsuyama. To reach it, you must walk up a steep winding path, though most opt for the gondola or chair lift (¥510 round-trip). Reaching the castle entrance, visitors are gifted with a fantastic panoramic view of Matsuyama City and the Seto Inland Sea. While this may be enough for some, a stroll through the castle (¥510) offers historical insight and a peek into feudal life.

Spend the hotter part of the day shopping under the covered sections of the Okaido (meaning “big street”), a shopping arcade that flows into the Ginten-gai shopping area, as well as several malls. If you’re lucky, you’ll catch the yoichi (night market) taking place within its alleys on Saturday evenings throughout July. August also sees a large dance parade that parties on for three days.

Shopping can be exhausting, so wake up with a cup of speciality coffee at Café Crema, located just off the arcade. There, in the second-floor hipster space, try one of their specials such as the iced mango coconut latte (¥750). Or take home a bag of beans from one of their many global providers. 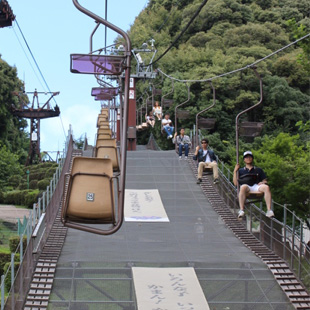 Next, make your way to Matsuyama’s Dogo area via vintage streetcar, departing quite frequently from along Matsuyama’s main road. Commonly known as Iyotetsu, they cost just ¥150 per ride. Another option is to take the Botchan Train, a steam train replica with a name based on a popular novel from 1906. At ¥300 per journey, it’s rather touristy but worth the bumps, lack of air-conditioning and photogenic memories. Upon arrival at Dogo Station, take a moment to admire the traditional feel of the surrounding Hojoen Square. Here, you can relax at the free foot onsen and watch the famous Botchan Karakuri wind-up clock present a scene from the aforementioned novel every 30 minutes in musical splendor.

At this point, it’s a good time for a snack. Matsuyama and the general Ehime area are known for their citrus fruit, notably oranges and lemons. For a taste of this, head to the Dogo shopping arcade. Among the other shoppers clad in yukata, which are summer versions of kimono, scout out Dogo Tamaya. This souvenir shop is famous for its rice balls infused with mikan, or mandarins. Selling at a pricey ¥460 a pop, they’ve been featured on news shows and tasted by numerous Japanese celebrities.

Thirsty? Across the street from Tamaya is 10 Factory, serving up mikan-flavored desserts and alcoholic drinks. (Try the highball!) 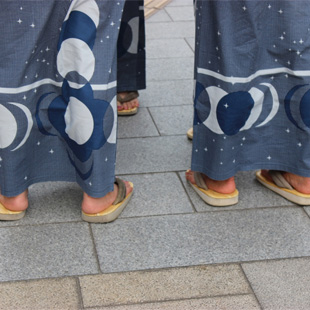 Nighttime in Matsuyama is best spent at the city’s symbol and the main attraction for visitors, Dogo Onsen Honkan. Considered to be the oldest onsen in all of Japan, it’s a three-tiered Meiji-era wooden bathhouse built in 1894, and is said to have inspired Hayao Miyazaki’s Spirited Away. It’s hard not to see the comparison when it’s lit up at night. There are four different admission-price levels, depending on which bath you choose—the main bath and/or smaller, more exclusive one—and if you want to enjoy the third floor. There, bathers of all genders can relax together on tatami, wearing their yukata and snacking on crackers and green tea. The highest-level ticket (¥1,550) gets you access to both baths, the sought-after “Botchan dango” rice dumpling sweet, and access to a private relaxation room.

Stumble home, relaxed from bathing and making friends at a bar in the nearby red light district, and reflect on your day. Who knew Matsuyama had so much to offer yet seems to evade most itineraries? Good thing there’s another day to rinse and repeat.