On September 20, the 2019 Rugby World Cup is set to officially begin with its customary opening ceremony, followed by a preliminary match between Japan and Russia at Tokyo Stadium. Although matches are yet to begin, the event has already set new records.

On August 21, World Rugby unveiled the 2019 Rugby World Cup Megastore in central Shinjuku, providing the most enthusiastic fans — whose anticipatory celebrations are already well underway — with even more of a reason to rejoice. The store is a literal merchandise mecca, combining typical sporting goods with a traditional Japanese twist. From rugby-themed omamori (Japanese lucky charms) to keyrings, collectors’ pins, plush toys and pretty much every other item of apparel imaginable, you’re bound to find whatever you’re looking for.

The store opened just in time to catch the trickle of international fans slowly making their way to Japan, the first of many as the country is set to experience an influx of more than 400,000 international rugby followers, all eager to witness their favorite teams go head-to-head in the sport’s ultimate competition.

Rugby World Cup 2019 Executive Director Rob Abernerthy expressed the significance of the event, stating that holding the Rugby World Cup in Japan came as a direct result of a decision that was made 10 years ago to expand the organization’s reach into new and previously unexplored territories. With a pre-existing history with the sport, Japan was quickly considered as an obvious choice for a future host country. Fast forward a decade and not only is Japan hosting its very first Rugby World Cup, but the first World Cup to be hosted in Asia; a colossal sporting milestone for the region. Local communities — some of whom have never before been exposed or connected to rugby — will have the opportunity to experience and gain an appreciation for the sport. 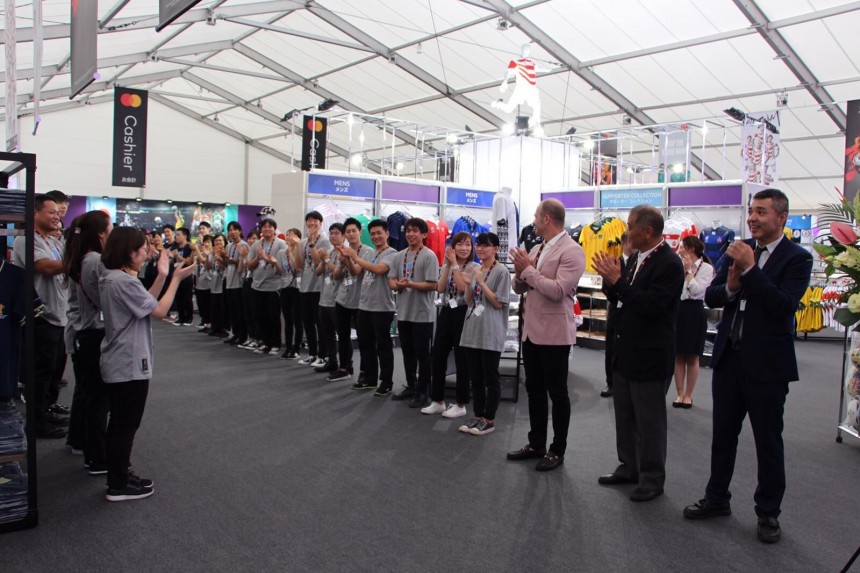 Once the dust settles, the final two teams left standing will go head-to-head to be crowned champions in the Grand Final held at International Stadium Yokohama on November 2. It’s a fitting location for the event’s closing match, given that rugby’s history in Japan derived from the opening of Yokohama’s ports to the outside world in the late 19th century, when the sport was informally introduced by inbound foreigners. With this introduction came the formation of one of the earliest rugby teams and a culture that would persist well into the nation’s future. Towards the turn of the century, Japan began to truly embrace the sport and its growing popularization saw to its gradual integration into conventional national culture and education. Now, with the World Cup cresting the horizon, the competition is high and the stakes are even higher; only one of the 20 teams will emerge victorious.

The upcoming event is undoubtedly one of historical and cultural significance, descending far below the surface level of the games themselves. Shinjuku’s Megastore is one of several physical reflections of Japan’s pride in hosting the event, and is a go-to for rugby fans keen on scoring themselves some merchandise that they can treasure for years to come, long after the last siren.