The actress-turned-politician wants Japan to turn a new leaf

The relationship between present-day Japan and hemp is a highly tense one. While once a widely-used commodity in pre-Showa-Era Japan in both herbal medicine and textiles, taima (“hemp” or “cannabis”) has become criminalized since the passing of the Cannabis Control Act in 1948, and the social condemnation of the crop followed suit.

But according to environmentalist and politician Saya Takagi, changing legal and social attitudes toward the plant and its variants just might help Japan combat climate change and solve its environmental concerns. 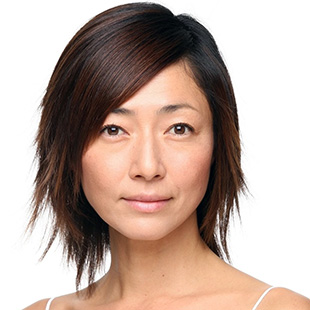 A former actress best-known for her work on Japanese drama Okane ga nai, Takagi resigned from the world of entertainment in 2012 to become more involved in her environmental activism. Under her birth name Ikue Masudo, she openly spoke out against nuclear energy, and for the legalization of medical marijuana.

“Last year, medical costs in Japan reached 40 trillion yen,” says Takagi to Metropolis at her home in a remote Chiba countryside. “I believe we can significantly reduce that number by using more cannabis as a natural herbal medicine, as opposed to chemicals.”

Takagi has also publicly dubbed herself a “naturalist”—a term that describes a lifestyle of self-sufficiency that Takagi adopted, that is more reliant on natural energy, minimal consumption, and subsistence agriculture; and less dependent on fossil fuel and nuclear energy.

Activism eventually led Takagi to enter politics, where she believes she could be more directly involved with laws and bring about the change she desires.

Presently, she is running for the 2016 Regular House of Councilors election under the New Renaissance Party, with the legalization of cannabis and marijuana as her campaign platform. Takagi believes that this would be the first step in bringing about change in other areas of Japanese government and society.

“If we change our attitudes on cannabis, people will become healthier,” she explains. “When people are healthier, their thinking will also change. It’s important that the Japanese remember what it means to have a pleasant life.”

Takagi adds that if Japan maintains its unhealthy lifestyle, they will be leaving behind very little for future generations.

Takagi isn’t the only figure in politics to be advocating marijuana legalization. First Lady Akie Abe is set to headline as keynote speaker at the Kyoto Hemp Forum on July 2. The annual event, organized by the Japan Hemp Association, gathers hemp advocates worldwide and focuses on utilizing hemp as a biomass energy source.

The future of hemp legalization in Japan remains uncertain. But the results of House of Councilors election this July could see steps being taken toward that direction.

The Rise of CBD Oil in Japan