Finding art, beauty and community in the bath

Stephanie Crohin loves a good hot bath. “I’m freezing all the time,” she says with a laugh. But it’s not just hot water that draws Stephanie to sento. Her passion for the traditional neighborhood public bath goes much deeper than that.

“The first time I entered sento was almost ten years ago. At that time, I couldn’t speak Japanese fluently, but I went with my friend and the owner was very friendly, and he welcomed me,” says Stephanie. “At first, I was a bit shy to be naked in front of everyone, but after two or three minutes I realized nobody cared. I was just very comfortable.” As she reflects on this, she reaches into her bag and takes out a copy of her book, 銭湯は、小さな美術館 or Sentos: Small Museums published in October 2017.  “It was Mioyoho-yu in Shinamachi. They are like family now,” she says and smiles as she opens the book to a photo of a man wearing glasses and a white shirt who beams from behind the sento ticket counter.

When Stephanie returned four years ago to work for a Japanese company, she remembered sento.

“I was working like a regular salaryman, and it was very hard. I was fluent, but the pressure of that first week made me wonder if I could stay,” Stephanie recalls, looking down at the cup in her hands. “But when I went to the sento, I instantly felt that that was my place. I went to work and afterward sento, and I would spend one hour in the bath and then two hours in the front chatting with the owner and the other people and drinking beer. It was like my second home.” 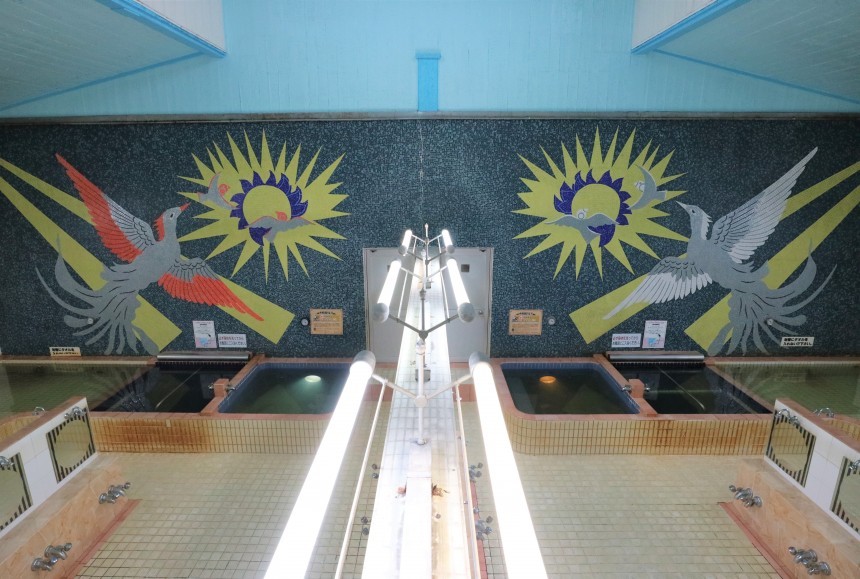 It was through these conversations that she learned this special place was in danger. “At that time, there were about 800 sentos in Tokyo. Now, there are only about 560. In fact, in Tokyo two to four sentos disappear each month,” she says. Most close because the owners retire, and there is no one to take their place. Property taxes are also high, and it is an expensive business to run. The main cost is fuel to heat the water, which is usually done with wood, gas or some combination of the two. Entrance fees are set by the prefecture, which tries to keep them affordable for the general public.

“I felt concerned, so I started to visit many sentos. I learned a lot while talking with the owners,” Stephanie says. “I made friends with them, so I started to have some connection with the sento association in Tokyo.”

From the owners to the artwork she found inside to the people Stephanie met there, every new aspect seemed more amazing than the last. She started taking photos of the interiors and learning more about the health benefits. She also started sharing her photos on social media and offering guided tours. Finally, three years ago, the Sento Association asked her to be an ambassador.

A volunteer position, Stephanie strives to promote and publicize sento. Her photos, articles, and website (all bilingual) offer a glimpse of a relatively unknown part of Japanese daily life. She is regularly interviewed for Japanese media and has visited more than 700 sentos to interview the owners, take photos and, of course, bathe. Part of her work also involves sitting on a committee for the city of Tokyo that meets annually to discuss rules and regulations for sento in the capital and set the price.

Her passion for her subject, though, is especially evident in her photographs. Most people are not allowed to take pictures in sento, but Stephanie’s ambassador status allows her to do so, as does her extensive network of connections within the sento community. Her photos show beautifully tiled rooms with stunning murals over sparkling baths, each one unique in its style, color and type of bath.

“For me, when I go to the sento it’s like a small museum because you have the mural, the tiles, and so many details to see and look at. I really wanted to introduce this to others, so that people who are not familiar with sento could find something attractive,” she explains, showing me striking paintings of the solar system, of a shimmering phoenix rising toward the sun and of the Southern Alps covered in snow. 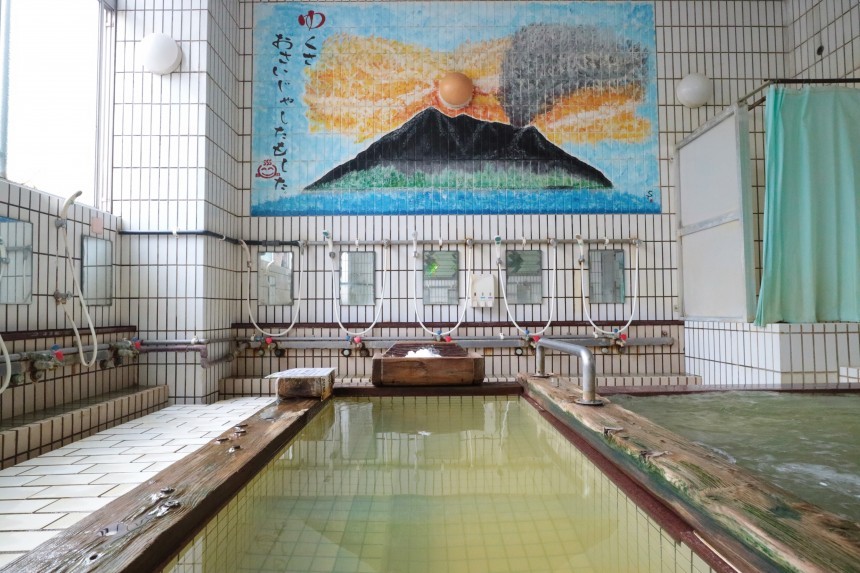 “It’s also very cultural by region,” Stephanie says, pausing on one page to show me a white bath with a painting of a volcano rising behind it. The sky glows pink and smoke pours from one side of the mountain. “This sento is in Kagoshima,” she tells me. “It’s Sakurajima.” She flips a few pages over to show me a mural of woman wearing traditional clothing and dancing in a field framed by distant mountains and blue sky. “This sento is in Niigata,” Stephanie says, “and is the last one in Tsubame City. It is the dance from Sadogashima.”

Her photos, though, are not limited to the murals and the tilework. Stephanie also photographs the changing rooms, the shoe lockers with their unique wooden keys and the common areas, in order to capture the beautiful everydayness of these places and the essence of the community they embody. She also includes, perhaps for the first time, photos of the patrons, the local people who use the baths, and the owners.

“I love to take portraits of the owners because I love showing who the sento family is. I really wanted to illustrate what it was like to work in the sento, too,” she says. “I included two owner profiles where they talk about their work, the history of sento and about community.” 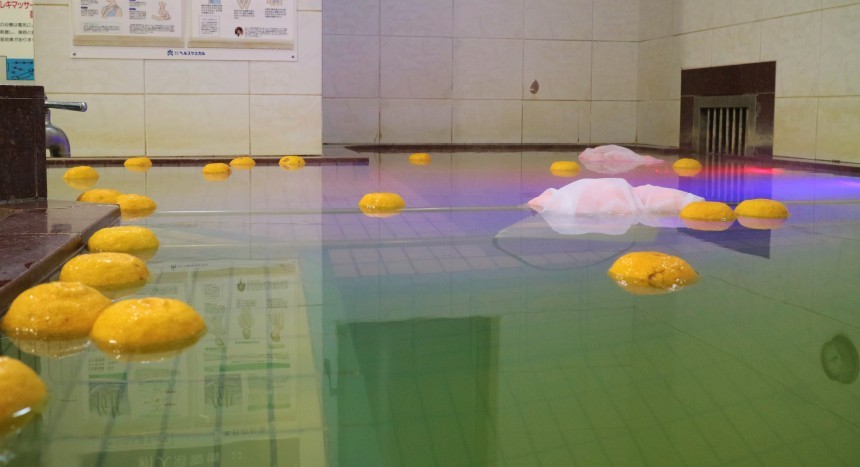 Stephanie also points out that sento and onsen are not so different. “Sento water is not tap water, it is groundwater rich in minerals and nutrients. Some sento are actually onsen,” she says, explaining that sento simply means public bath. She then tells of one Tokyo sento, Sachi No Yu in Otaku, that decided to get their water checked during a remodel. “They always thought their water was good, but it was too expensive to get the testing done and pay for the certificate.” The test proved they did, indeed, have onsen-quality water, a point which may attract more patrons. In Tokyo alone, there are 45 sentos with onsen water, but Stephanie suspects the number is higher.

While her work is hard, Stephanie finds deep satisfaction in her long days of seminars, tours, photo shoots and bathing. “I wanted to discover these beautiful places and help others discover them, too. I will continue, because the message I receive from many sentos around Japan motivates me. So many people are happy with my work. I feel like I’m contributing.”