Tucked away behind Shibuya’s Dogenzaka love hotel zone, the Bunkamura is an oasis of refined Eurocentric culture, with operas, cello concertos, French cuisine, fine wines and exhibitions of art that caters to the middle-brow tastes of Japan’s art lovers.

While curators elsewhere in Tokyo will occasionally gamble on bringing something more edgy, obscure or avant-garde to our metropolis, the Bunkamura likes exactly what its audience knows, and knows exactly what its audience likes—namely the grand “Royal Road” of European art, an avenue that stretches from academic art to the now-friendly and familiar experiments of the early 20th-century avant-garde. 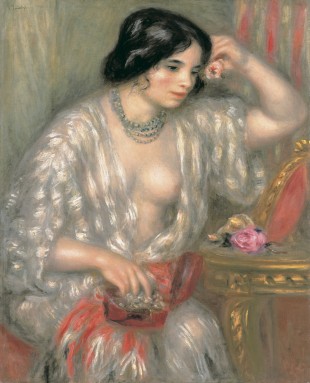 This is exactly the route the latest exhibition at the Bunkamura maps out with the show “The Dream of French Paintings: From Impressionism to École de Paris.” The selection of works starts with Impressionists like Monet and Renoir, then proceeds through Post-Impressionists like Cézanne and Bonnard, the Fauvist-influenced art of Maurice Vlaminck and Raoul Dufy, and more Expressionist works like those by Georges Rouault and Marc Chagall. It’s very much a case of “the usual suspects.”

But what gives this show an edge of intrigue is that it was sourced from a mysterious “Japanese personal collection.” Like a master criminal or a Bond villain, the collector apparently preferred to remain anonymous.

There was much of what you would expect from any respectable collection covering this area: A few excellent paintings as well as several compromises in quality—because, after all, collecting big-name art along the Royal Road can be an expensive business.

Monet’s The Cliff at Aval, Étretat, Sunset (1883) presented a fairly iconic Impressionist canvas of the distinctive headland in Normandy that the artist loved to paint, while the shimmering lightness of Renoir’s brush was ably demonstrated in Gabrielle with Jewels (c. 1908-10)—although I have a limited fondness for his sumo-sized odalisques. 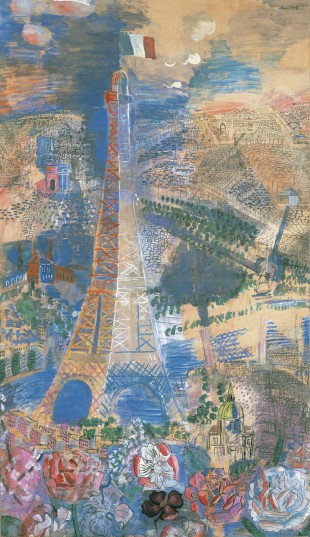 The main danger with any exhibition like this is a descent into the clichéd and obvious. But because it was all assembled in accordance to the tastes of a single Japanese collector, it has a lot of small, unexpected twists that keep things interesting.

Apparently, Japanese collectors didn’t get the memo about clowns being creepy—nor the one about serial killer John Wayne Gacy’s Pogo paintings—as there are several of Rouault’s grim-looking circus performers on display, putting a slightly nightmarish tinge on the exhibition’s dream theme, as do the rather murky Vlaminck landscapes.

For Japanese collectors, Parisian art has always had something of a vacation feel, and this is one of the reasons why Maurice Utrillo, essentially a postcard painter, is so popular here. There are several of his deserted Parisian cityscapes on display to inspire the semi-talented Sunday painter brigade.

Quickly fast-forwarding over the creepily “kawaii” work of Marie Laurencin, the main Japanese twist at the exhibition is a selection by Japan’s main contribution to the École de Paris, Léonard Tsugouharu Foujita. His ethereal paintings of women and children, especially his astounding Mermaid (1940), painted shortly before he returned to Japan for World War II, give the best example of how Paris looked through Japanese eyes.