An action-packed, innovative show that’s flawlessly choreographed, SIRO-A’s TECHNO CIRCUS is a new form of non-verbal entertainment combining creative artistic performances with cutting-edge technology. The Japanese troupe, who reached the semi-finals of America’s Got Talent in 2015, have wowed audiences in over 30 countries with their routines including acrobatics, dance sequences, comedy and mime.

Previously the group’s goal was to spread their wings internationally, bringing their show all over the world. However, in recent times the focus has switched to the domestic market, which they feel is lacking in terms of evening entertainment, particularly for tourists. With the Tokyo Olympics coming up, SIRO-A believe they have what it takes to fill a void and truly leave their mark as artists.

“We want to create a new kind of culture in Japan,” says Cocoona, the creative director of the troupe. “While there’s much to see and do in Tokyo during the day, at night people sometimes get stuck for ideas as there aren’t many options. There are numerous places to eat and drink, but we don’t have anything like Broadway in New York or the West End in London.”

“There aren’t many shows that can be enjoyed by both locals and tourists here,” continues Kent, SIRO-A’s emcee and clown. “TECHNO CIRCUS is targeted for people of all ages and, being non-verbal, it doesn’t matter what language you speak. In the evening lots of tourists go to the Robot Restaurant, which is close to where we perform in Shinjuku — so maybe they can watch us instead, or do both (laughs).” 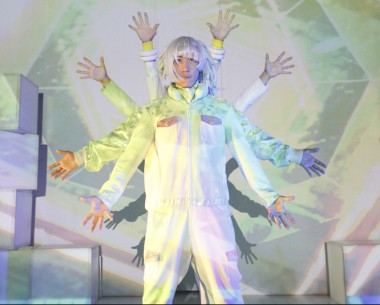 Kent, who can recite every country’s national anthem, joined SIRO-A a few years ago, along with four other new members as the troupe expanded (from five to ten members) because they wanted to create bigger and more spectacular shows. Cocoona was one of the original five who’ve all known each other since high school. They started a drama group together in 1997.

SIRO-A officially formed five years later, with the word ‘Siro’ derived from shiro (meaning white in Japanese) and ‘A,’ which stands for anonymous. The goal was to create groundbreaking routines using video mapping. The group members practiced when they could, in between their part-time jobs, before performing in front of relatively small crowds. Things took off for the troupe in 2008 when they finished second at a 30th-anniversary competition run by talent agency Amuse.

“That was a major turning point for us,” says Cocoona. “Another big moment was the Edinburgh Festival Fringe in 2011. Of course, that was the same year as the Tohoku earthquake and tsunami. We were in Hokkaido when the disaster struck but our studio in Miyagi was destroyed along with our equipment. We were left with nothing, but remarkably our friends and family members rallied around to ensure we could attend. It was an amazing gesture.”

Two years after picking up a Spirit of the Fringe award in Edinburgh, SIRO-A flew to London where their show ran for several months. They were invited back the following year and performed on Blue Peter, the world’s longest running children’s TV programme. 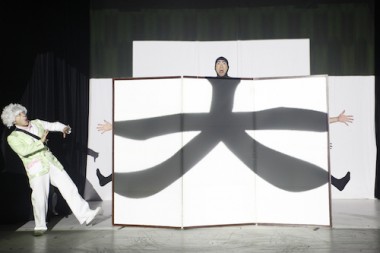 In 2015, they appeared on Britain’s Got Talent where they got four yeses from the judges, but didn’t advance to the live shows. That same year SIRO-A entered the American version of the programme and managed to reach the semi-finals. Along the way, they received a Golden Buzzer (guaranteeing the act’s progression) from the notoriously hard-to-please judge Piers Morgan.

“I didn’t know what was going on,” admits Cocoona laughing. “The audience was cheering and there was lots of gold confetti so it felt positive. None of us spoke English. The judges were saying nice things but you could see everyone on stage looking confused. We were confident about winning the whole thing, but in the end, I believe our language skills cost us. On a programme like that, it’s important to give humorous responses to the judges and interact with fans on SNS. We weren’t able to do that.”

When AGT finished, all of SIRO-A decided to study English and it seems to have had the desired effect. Kent and Cocoona are now able to handle interviews like this one in their second language, and more importantly, can converse with international fans. These language skills came in very handy as they toured the globe.

“We’ve had some amazing experiences on our travels,” says Cocoona. “In every country, we learned something new. For example, we shouldn’t bring women from the crowd on stage with us in Iran. There were a lot of fun times and some scary ones too such as when a group of wild dogs came up close to us during rehearsals in India. They were interesting memories.”

Though performing closer to home these days, SIRO-A’s doctrine remains the same. “We must keep working together to create inventive programs that shock and entertain audiences,” says Cocoona. “People may have individual talents, but for us, it’s all about the collective and that includes the audience.”

“The word circus derives from the Latin for circle,” adds Kent. “We want to develop a circle-like atmosphere at our shows so those watching feel a part of it all.”