Secret gigs bringing back the community feeling of live music

Here’s a better way of enjoying live music. Sofar Sounds, established in 2010, became an avenue for global communities to expand their musical horizons through performances by independent global artists. This comes with a catch: in order to participate for the event, you need to hunt for the actual date and location because these gigs occur exclusively. Just imagine that you’re Nick and Norah from Nick and Norah’s Infinite Playlist hunting for Where’s Fluffy. Going above and beyond in the search for great music is probably the best part of attending a Sofar Sounds gig. Not only does it go live in various cities, like New York, Istanbul, Berlin, Melbourne, London and even as far as Puerto Alegre, but it also allows you to break the fourth wall of shyness. From Bastille and Karen O to James Bay, Hozier, Annie the Clumsy and City of the Sun, these guys never cease to bring new things to the table for everyone to enjoy. 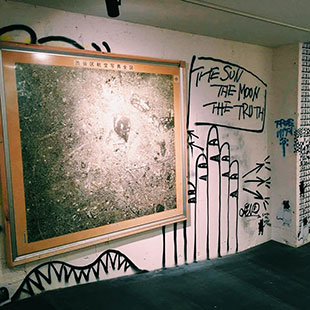 There are three things Sofar Sounds gives premium to: their guests, their hosts, and the artists. Through just one event, you’ll probably acquire a handful of new buddies tendering and enhancing your iTunes playlist. If you own a big enough space to house an intimate group of 20 and above, you can be a candidate to host a gig. Sofar Sounds Tokyo has been housed in cozy apartments, offices and confined areas with great acoustics. But of course since secrecy for these events are quite high, you have consider that their venues aren’t housed in the same places. There’s no particular criteria for Sofar Sounds artists, but all are passionate and respected in the music community.

On December 3, I was lucky enough to catch a Sofar Sounds gig. And believe me, the pursuit wasn’t easy. I needed to wait for a month after enlistment until the organizers actually sent me the secret address to the event. Scouring the streets of Omotesando, Harajuku, I finally found myself in the Trunk Hotel. Upon my entrance, I was immediately astounded by how the interior was carefully organized. It was an absolute visual delight. It’s the kind of space you hope not much people get to know because you want it to be a secret. I looked around for a bit at the merchandise that they were selling and observed how the Sofar community was in Tokyo. To be honest, it was exactly how I wanted it to be, a solemn space with the company of great people wanting to discover great music. 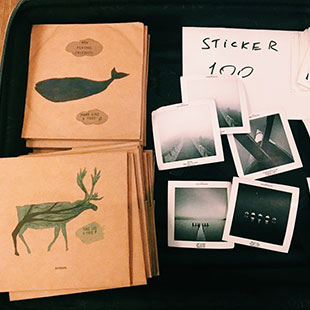 The performances comprised of three artists: Nozomi Nobody, Sergey Onischenko, and Soiree. Each artist performed three songs each. Nozomi Nobody’s rendition was quite surprising since all of her songs were written in English. Everyone was fixated by her ethereal voice sounded like as she performed her original song “Someday,” with lines such as “collecting light from the gaps, between days without much meaning.” This song reminded me of how Sunday mornings should feel.

Sergey Onischenko brought the party to the stage. In every performance, he chose any person from the audience who played a musical instrument to accompany him. Although the impromptu performances sound a bit odd at first, the audience participation broke the ice between strangers.

The third performance by Soiree was a great pièce de résistance. He looked like Robert Smith in The Cure’s “Friday, I’m in Love” music video. His formal singing voice didn’t match his flamboyant attire at all. I may have not understood the lyrics to his songs, but he was able to round up the audience after the rowdiness of the previous set and helped subside the climax of the night.

So if ever you find yourself wanting to discover better live music, put a little more effort and attend a Sofar Sounds gig. The best way to map out an event is to subscribe to the Sofar Sounds website to receive monthly notifications for events in each city. After that, all there’s left to do is wait for your invitation.