When Kuze Ryozo was first shown the hillside location in Iizuna, Nagano, where St. Cousair Winery now stands, he knew it was perfect. No roads led up the hill, but St. Cousair was already well-versed in creating a path where none existed. Today, in addition to the winery, the picturesque site now boasts a jam and sauce factory, two restaurants, a boutique shop and a chapel.

In a country where domestic wines are still relatively unknown internationally, St. Cousair has had some success in their 30 years of producing wine. They now produce 250,000 bottles of wine and cider annually. Pitted against strong competitors from the West Coast of America, the Burgundy region of France, and Australia, their chardonnay has won several international awards. Though demand for their wines remains strong, a shortage of grape seedlings in Japan has made it difficult to increase production. The winery staff presses on, experimenting with in-house seedling production and learning through experience.

I love to teach people what I know. The joys of teaching and empathy are the most important values of my life.
— Kuze Ryota, president and CEO of St. Cousair Winery

St. Cousair runs a network of shops nationwide, selling wines alongside their many other food products, including their Kuze Fuku brand, a collection of traditional Japanese culinary products made by regional producers using age-old production techniques. Among their various fruit products, you’ll find the one that started it all: the humble apple jam.

According to eldest son Kuze Ryota, who now manages St. Cousair, the company grew from that jam, and a love story. In 1975, the day after his father Ryozo started running a ski lodge in northern Nagano, his future wife Mayumi came through the door and into his life forever. After marriage, the young couple ran the lodge together, and Mayumi began to make apple jam for the guests. The jam proved so successful that the Kuze’s began to distribute it throughout the region. The couple soon realized their future was not in hospitality management, but food production.

In 1984, a belated honeymoon to the Normandy region of France, and later to California’s Napa Valley, changed the future of St. Cousair. Ryozo and Mayumi envisioned bringing a piece of Normandy and its fertile vineyards back to Japan. Later, standing together on the empty Iizuna hillside, they envisioned the St. Cousair winery as it is today.

Yet, according to Ryota, the best is still to come. Despite the temporary social distancing brought on by the COVID-19 pandemic, Ryota imagines St. Cousair as a place for people to enjoy community. He firmly believes in the need for human connection outside the digital world in locations that encourage community. In the future, St. Cousair Winery will be a destination where people can stay over the weekend, relax in a sauna and spa, and even receive hands-on instruction about horticulture.

Ryota says, “I love to teach people what I know. The joys of teaching and empathy are the most important values of my life.” To that end, he desires to encourage curiosity about the farm-to-table experience, the process by which the grape formed on the vine and made its way to your wine glass. 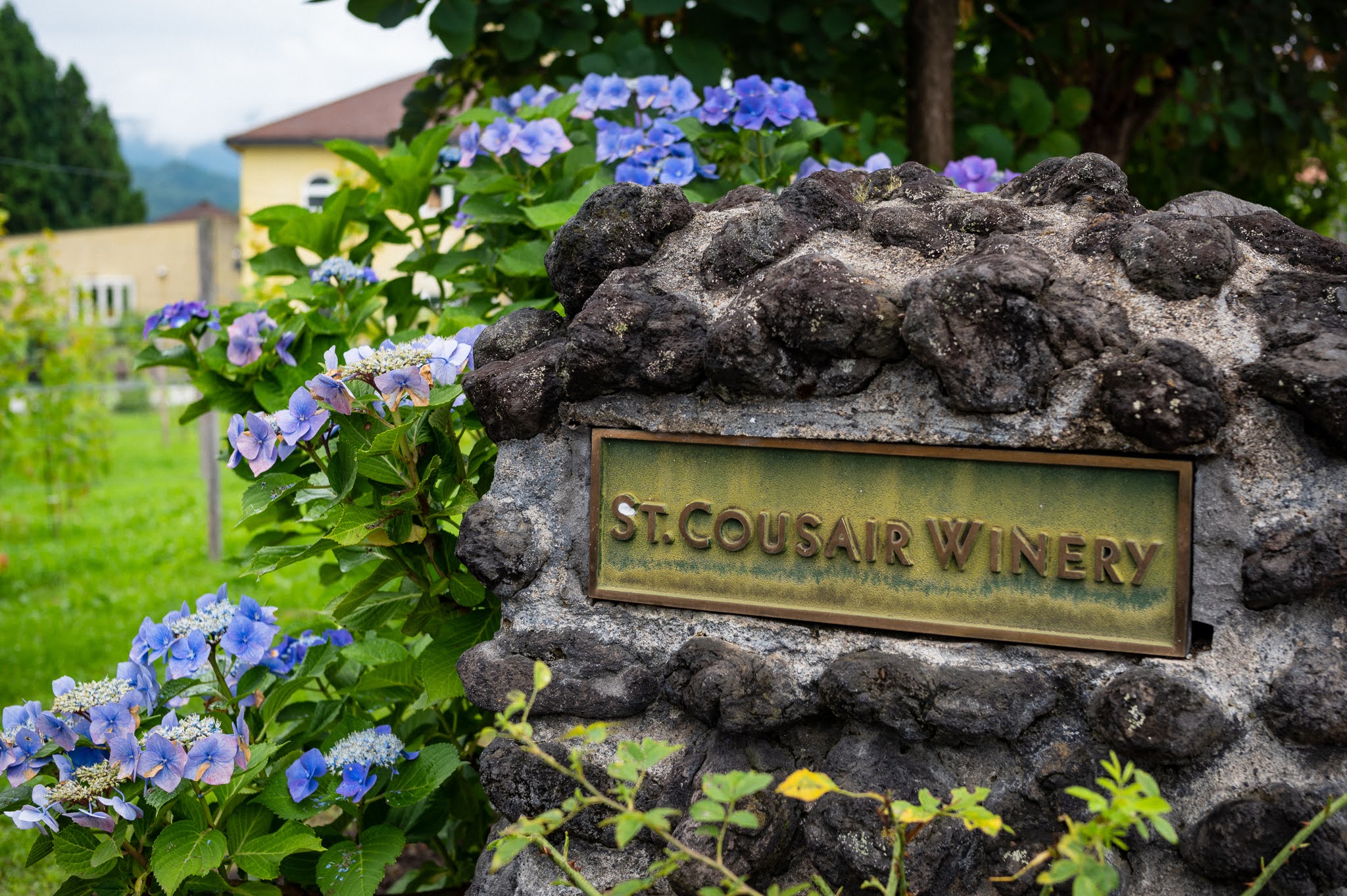 The winery was inspired by a belated honeymoon to the Normandy region of France.

“I am the vine. You are the branches.” It is a phrase found printed on the labels of St. Cousair products that entwines the many beliefs of the company. Its biblical origins connect to the Christian roots of the Kuze family, while its literal reference to the vineyard pays homage to St. Cousair’s winemaking. Deeper still, the analogy of the vine nurturing the branches is one of parent to child, teacher to student. It tells the story of a company lovingly handed down from parent to son, and the son’s desire to make its methods known to anyone who wishes to become a student of horticulture.

A house is not a home

A Tokyo institution serving the international community for 20 years