As of Sunday, there have been over 75,000 confirmed cases of COVID-19 in Japan, 7,300 of which are active cases. Tokyo, the hardest-hit city in the country, reported 175 new cases on the same day, bringing its total number of confirmed cases to 23,003 since the start of the pandemic.

Here’s an overview of important news, updates and resources for people living in Japan, as well as those traveling to and from the country in September.

Globally, Japan ranks low in numbers of people testing positive for COVID-19, leading some people to question whether Japan and its municipal governments are conducting enough tests.

During the nationwide state of emergency, which ended May 31, testing was limited to those who met a specific criteria, including whether or not a person was an essential worker, had come into contact with a known case or had recently returned from overseas. Since mid-June, however, anyone showing COVID-19 symptoms is eligible for testing.

The health ministry on August 7 revealed that it is expecting to raise Japan’s coronavirus testing capacity to as high as 72,000 tests per day by the end of September, a drastic jump from a daily capacity of 22,000 tests in May.

Following the last-minute exclusion of Tokyo from the Go To Travel campaign, the Japanese government announced this month that Tokyo will once again be included in the ¥1.35 trillion plan starting October 1.

Launched in July, the campaign is an effort to boost the economy by promoting domestic tourism. Due to record-breaking numbers of COVID-19 cases in the capital at the time of the campaign’s start date, Tokyo residents, as well as trips to and from Tokyo, were excluded from the plan, drawing widespread criticism from those who had booked their travels in advance.

Under the program, travelers are eligible for a 50 percent discount on expenses (capped at ¥20,000 per person per night) through government-issued travel coupons. The campaign is expected to run until spring 2021.

Business back to usual

In July, Tokyo Governor Yuriko Koike asked karaoke venues and establishments serving alcohol to close at 10pm to prevent the further spread of COVID-19. Koike extended the measure—originally intended to end on August 31—until September 15 for establishments in Tokyo’s 23 central wards.

In light of a steady decrease in new cases within the capital, Koike announced last week that she plans to withdraw her request for shortened hours this Tuesday as planned.

Tokyo Metropolitan Government to request all restaurants, karaoke parlors, etc., to close their businesses by 10 pm each evening as a measure to reduce the spread of Covid-19. (MP) #Tokyo #Covid19

Most establishments serving alcohol, such as izakaya and karaoke bars, make around 80 percent of their profit after 10pm. Shorter hours have therefore heavily affected business owners, some of who have seen profits shrink to half or even a third of last year’s revenue. The Tokyo Metropolitan Government’s decision to withdraw its request comes amid increasing criticism from businesses who have struggled to make ends meet during the pandemic. 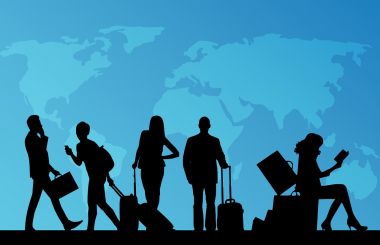 New procedures and guidelines for foreign residents returning to Japan

On August 28, the Japanese government released new procedures and guidelines for foreign residents planning to return to Japan from their trips abroad.

Foreign residents who left Japan before August 31 need to contact the Japanese embassy or consulate in their own country to obtain a letter that confirms they hold a valid visa and are, therefore, allowed to return.

Those who are leaving Japan from September 1 onwards must contact the Japanese Immigration office via email before leaving the country to obtain a “re-entry permit” after providing a detailed itinerary of their travels. No additional documents are required from local authorities in their home country. An example of the email is available here.

Upon re-entering Japan, you must present either the letter from your home country’s embassy or consulate, or the re-entry permit from the Japanese Immigration office, as well as a certificate of a negative polymerase chain reaction (PCR) test result conducted at a medical facility in your country of stay. The test must be performed within 72 hours prior to your departure. Foreign residents are also asked to self-quarantine for 14 days and not use public transportation from the airport to their final destination.

Visit the Q&A section of the Ministry of Justice for more information. 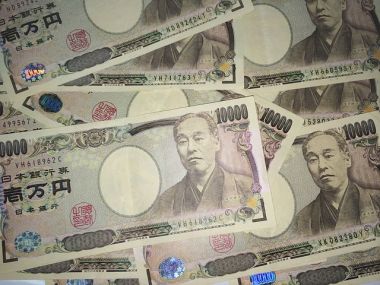 If your business has been affected by the coronavirus in Japan, be sure to check our article on Financial Support for Businesses.

I already received my ¥100,000 handout. Can I expect more financial aid?

Students can apply for the Student Support Handout for Continuing Studies. Check the application period and screening process with your educational institution.

Employees of small and mid-sized enterprises are eligible for interest-free loans of up to ¥1 million from the Tokyo Metropolitan Government as part of its financial relief package.

Housing Security Benefit provides financial support for home rent costs for people who have had their working opportunities reduced because of the distressed economy.

If you’re worried while traveling through Japan, the Japan National Tourism Organization (JNTO) operates a visitor hotline 24 hours a day, 365 days a year. Support is available in English, Japanese, Chinese and Korean:

For more articles and resources related to the novel coronavirus in Japan, visit our COVID-19 page.

Getting the COVID-19 Vaccine in Japan