Head to our Instagram @metropolistokyo to win 2 free tickets to see STARS: Six Contemporary Artists from Japan to the World.

After a five month hiatus, due to the COVID-19 pandemic, Mori Art Museum reopens this week with a truly stunning exhibition featuring six of Japan’s international art celebrities. Hiroshi Sugimoto, Yoshitomo Nara, Yayoi Kusama, Lee Ufan, Tatuso Miyajima and enfant terrible Takashi Murakami come together in what must be one of the biggest and most anticipated art events of the last few years.

STARS is, essentially, a celebration of Japanese art and artists who have launched themselves onto the global stage. According to an official statement from the Mori Art Museum, “We have chosen six artists whose careers propelled them beyond the confines of Japan […] earning them high acclaim today around the world, and across generations, and will trace the journey of these artists from their earliest to the latest works. At this moment in history, as well as raising some fundamental questions about the essential role of art, how we define artistic success, and where we might find the ‘world’ we seek, the output of these six top artists will doubtless offer some powerful messages suffused with inspiration for the post-corona age.” 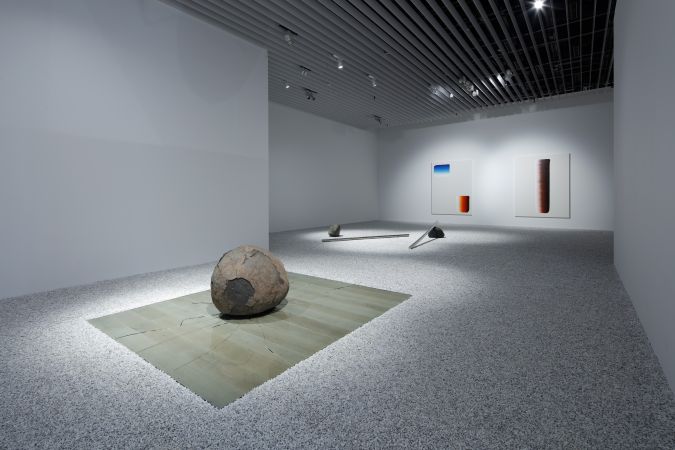 At the official press conference, held at Mori Art Museum, Murakami, decked out in his usual flamboyant apparel and wielding his regular slacker attitude, mentioned that as the youngest artist represented in STARS he had it relatively easy due to the pioneering work of the other artists included in the exhibition. Miyajima, whose work has been inextricably linked with Tohoku and the aftermath of the 2011 earthquake and tsunami which destroyed the region, says (in keeping with Buddhism) that we can see everything, all of humanity and nature, in a grain of sand or in the palm of your hand. His heartbreaking work, “Sea of Time – TOHOKU Project” serves as a prayer for the souls of victims of the 2011 Great East Japan Earthquake, and a wish for continued remembrance of the disaster.

Nara and Sugimoto explore, keeping with the exhibition name, the theme of stars in their works. At the press conference, Nara mentioned that his parents had told him, when he was a child, that when we die we become stars. His bold and giant pieces such as “Voyage of the Moon (Resting Moon)” continue the leitmotif of stars and planets. Sugimoto, one of Japan’s top artistic photographers, who has lived in the U.S. for decades, explores meteors and his first-ever video installation piece titled “The Garden of Time” captures the seasons, in sumptuous detail, at his Enoura Observatory in Odawara which opened in 2017. It’s possibly the highlight of his enduring career and the standout of STARS as a whole. 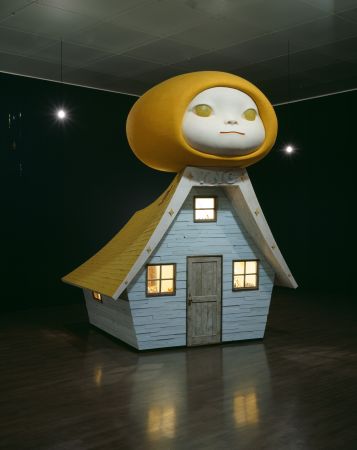 Korean/Japanese artist Ufan, and Japanese global superstar Kusama (absent from the press conference) complete the exhibition and, although their work displayed here is more subdued than Murakami, Sugimoto, Miyajima and Nara’s oeuvre, adds another dimension to the curation.

STARS is an absolute blockbuster of an exhibition and is one of the very few occasions to catch six truly legendary Japanese artists under one roof. It’s an eclectic, vibrant and multi-disciplinary show which, ultimately, deserves to be seen.

*Mori Art Museum is now limiting the number of admissions to the facility in consideration of the health and safety of its patrons and staff members. Admissions will require an online advance booking for a designated date/time slot.

Be sure to read about the museum’s countermeasures against the new coronavirus (COVID-19) here prior to your visit.

Win two free tickets to the exhibition at our Instagram!