STEREOGIRL Is All Grown Up

In angsty teenage fashion, Anju Mohri and Kanako Yoshida, like many, decided to form a band in high school. Their classmate Yuka Tachizaki’s floor tom drumming was so good, Anju recalls, that they asked her to join the group. Yuka agreed on one condition — that they also recruit her friend and then-dorky guitarist Chamicot (Riko Usami). They eventually acquiesced for Yuka’s sake, forming an embryonic STEREOGIRL. Bassist Riku joined later; he was initially a devout fan and friend of the band. 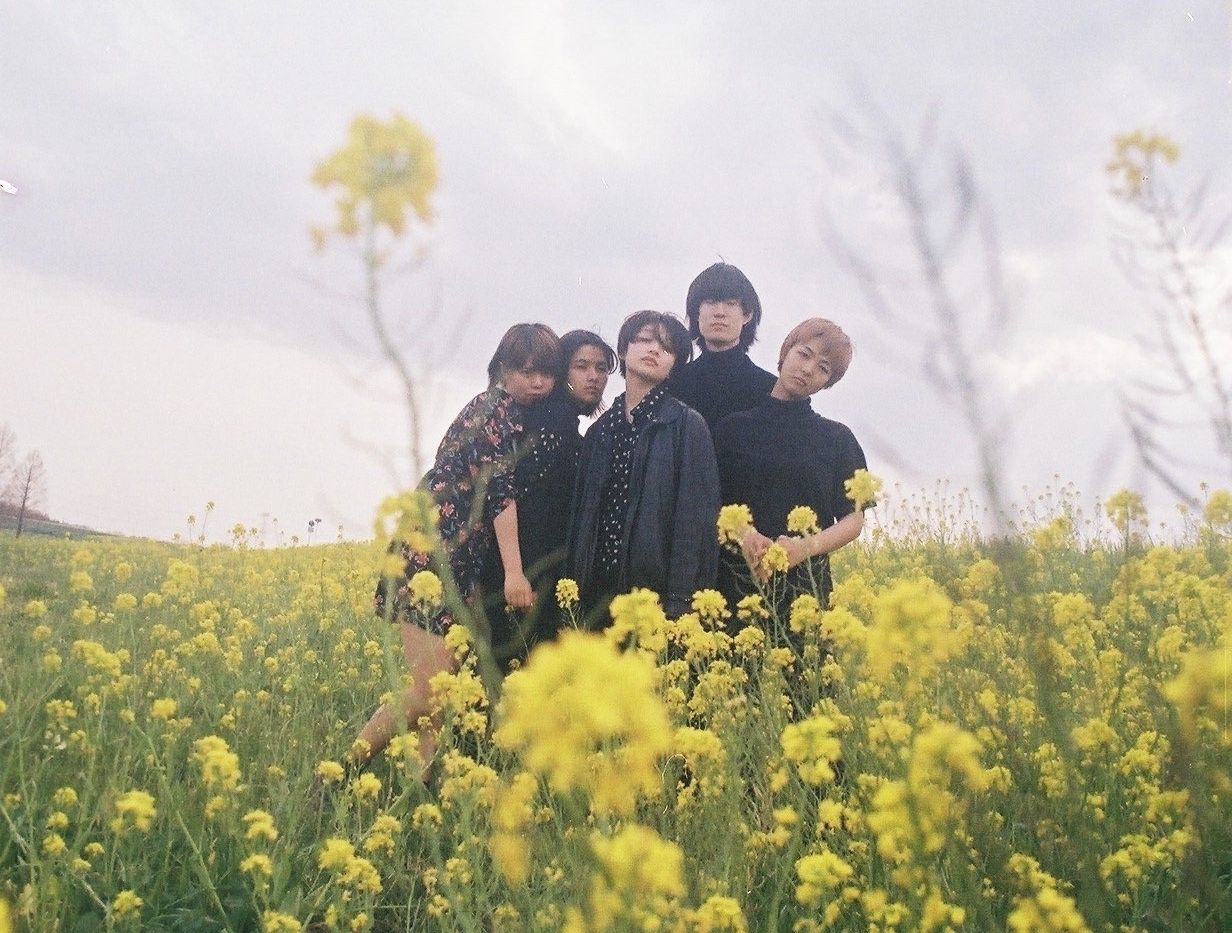 Now Chamicot, with her boyish mushroom cut and languid manner, is arguably the coolest member. Despite these slightly disjointed beginnings and the members’ disparate music tastes, STEREOGIRL has achieved a sonic maturity unusual for their age. Pink Fog, released in April of this year, likewise sounds far more seasoned than its status as a debut album would suggest. The first track “Intro” is a grainy recording of Yuka jamming (I think), followed by applause and laughter. “Was this part of a demo?” I ask Chamicot during our interview. Her answer reveals a more artful choice: she recorded environmental sounds on an iPhone and stitched them together to “add an unusual sound to the beginning of the album.”

Pink Fog, with its semi-surreal desert imagery and protracted, sentimental youth ballads, shows the band has grown up a little while maintaining their catchy melodic groundwork

Then “Slumber” opens with resounding, crisp, old-fashioned guitar, stamping out any ambiguity created by “Intro.” While Brit-pop instrumental is of course agreeable, Anju’s girlish voice and slack enunciation raises the track above ordinariness, giving a modern dimension to old, tried sounds. Chamicot is influenced primarily by the music and culture of the 80s, especially the British Madchester movement (which, among others, produced The Stone Roses). Her induction to rock music was Oasis. “Naturally,” Chamicot says, “I started following the music and culture they like.” It seems that her heroes are so internalized that when she’s composing songs, she unconsciously superimposes these influences on top of each other, mostly stuff from the 80s and 90s, and sometimes her bandmates’ likings — sounding like another artist or group is never the intention for STEREOGIRL. They are, however, keenly aware of the music they admire.

This acute awareness results in much experimentation from track to track. Influences like The Cure, The Police and The Stone Roses sear through Pink Fog, but STEREOGIRL takes steps outside these eras and the bounds of Britain. In “I Don’t Play Baseball,” rich, funky bass swells into a chorus steeped in pop and nostalgia. Sung by Anju, the wordplay (Sayonara sankaku, triangle / Pinch hitter, ABC) becomes especially flirty. Anju’s charisma blossoms on stage. She sings with the mic in both hands, her face slack, looking impishly at the crowd. She dances recklessly and climbs over stage barriers, and sometimes all four standing members contort their bodies with a post-punk abandon especially uncommon among Japan “indies.” Compared to their laid-back bearing in interviews, they look possessed when they perform.

“GIMME A RADIO” is an homage to American sounds: the sporty bassline, Anju’s whining vocal play, an opulent, rock-ballad guitar solo reminiscent of Aerosmith or Guns N’ Roses. Somehow, despite all this, the ultimate impression is J-rock. “GIMME A RADIO” strikes one as principally ‘Japanese,’ perhaps due to the invocation of Tokyo in the chorus or the song’s conscious reappropriation of foreign music tropes. Although members are most vocal about their Western influences, from Television and Sonic Youth to Led Zeppelin and Oasis, J-rock has shaped their musical sensibilities since childhood. Yuka cited Aimer and Asian Kung-Fu Generation as longtime favorites. “There are too many artists that influenced me to decide,” Chamicot says of her Japanese idols. “When I was in high school, I used to listen to Thee Michelle Gun Elephant [also a Riku favorite]. And I think Haruomi Hosono from Yellow Magic Orchestra best reconstructed the foreign movement.”

The heavy, anthemic “Goodnight, dark night,” another version of which was released as a single, represents a culmination of the group’s musical chronicling. In the manner of The Police, the bittersweet guitar at the beginning is demure but anticipates a large, electrifying chorus. Anju sings longingly about walking around Tokyo at night, how midnight melts away. You have the sense that, after this night, it is goodbye. The song drips with nostalgia. Chamicot, the primary composer and songwriter, says she writes from the perspectives of others. “Sometimes in my dreams, I become someone else, and I experience something from someone else’s point of view or see the scenery of a place I’ve never been to,” she reflects. “And that’s what I write about.”

Chamicot’s lyrical prowess is most evident in “Let’s go see the desert,” which is both mythical and tinged with prosaic realism. Descriptions of a day at the beach licking ice cream are interposed with whiny guitar and cryptic encouragements to “go see the desert.” Their debut EP Baby, I’m L.S.D., with garage-rock revival bangers like “Bokura wa wakakute utsukushii,” proves that STEREOGIRL has a natural aptitude for creating melody and vigor. Pink Fog, with its semi-surreal desert imagery and protracted, sentimental youth ballads, shows the band has grown up a little while maintaining their catchy melodic groundwork.

When a great deal of focus in indie is now directed towards difference and understatement — towards distinguishing yourself from your precedents — the result can sound contrived, like you’re trying to sound different from, say, The Smiths or Lou Reed. Pink Fog’s “Lou” is no imitation of the former, though Anju sings suavely of “walking on the wild side.” STEREOGIRL is explicit about their role as inheritors of alt-rock tradition; the band embraces and proudly declares, their heroes. Paired with a natural taste for euphony and poetry, an ear for history makes for a loud, collagic, catchy, nostalgic, youthful record.

STEREOGIRL’s Western leanings and rowdy, wonderful stage presence have amassed crowds at the likes of SXSW. Chamicot muses about their time in Texas. “I was so happy that so many people were talking to me after our performance,” she says. She also voices hopes of playing overseas, especially in Asia, “where the indie scene is thriving.”

You can listen to Pink Fog on Spotify.

Check out STEREOGIRL’s website for merchandise and more updates.