One man’s dissection of the festivals’ lineup

The time of year is drawing close again, for us all to blow tens of thousands of yen on a few days of glorious live music to diverge us away from our responsibilities and daily chores. So which of the “Big Two” music festivals will be the better distraction?

On paper, both festivals are suffering from fairly lackluster lineups compared to previous years. But there’s more to it than the music, right?

Summer Sonic is held in Osaka and Tokyo at the same time, with the bands alternating days to play both locations, rather than cloning themselves or purchasing a Delorean.

The lineup for this year’s Sonic looks like the slightly stronger of the two. Do you like Radiohead? Great, because they’re headlining! Even better news: they are expected to be showcasing songs from their new album, A Moon Shaped Pool. However, I predict that Thom Yorke will be singing songs about being mildly dismayed—just a hunch. 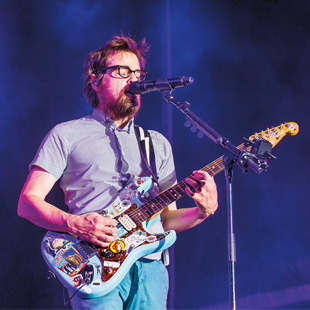 Underworld are on hand to provide top-drawer entertainment for those who want to watch an old bloke muttering and dancing awkwardly whilst another old bloke presses some buttons. Should be a laugh. Who else? Fergie? I’m sure she was on the top of everyone’s wish list.

Straighten your fringe, whip out your pink-and-black checkered wristbands, and wear your most chafing skin-tight jeans, because Bullet For My Valentine are back to serve up some memories of the emo fad.

But there’s good news: Weezer and The Offspring are playing! For me, this is some very welcome nostalgia. Weezer’s first couple of albums are still a decent listen, and Cuomo’s tunes about Dungeons & Dragons and being nervous around girls never fail to make me smile. The Offspring’s latest offerings can be categorized as cringe-worthy, but no one can argue that they don’t have a vast array of rousing pop-punk singalongs to fall back on.

Suede are also a welcome addition to the lineup, being one of the more interesting bands to come out of the Britpop era. If they play anything from Dog Man Star, I will be a happy chap.

Another blast to the not-so-distant past comes in the form of post-hardcore pioneers At The Drive-In. Even though Rodriguez-Lopez firmly denied there being any possibility in hell a few years back, not only have they reunited for these shows, but they will also be working on completely new music. Exciting! And this is possibly one of the last ever chances to see this seminal band.

Speaking of seminal, Dinosaur Jr. will also be making an appearance at the after-hours event organized by Hostess Club. Just don’t tell J Mascis that he sounds like Neil Young, though—he hates it! Adding to this list of big international names, there’ll be a fine array of the most splendid local talent, such as Cero and Special Others—and many more. 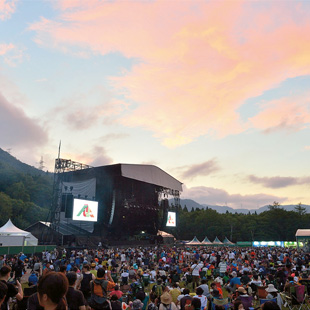 Moving onwards to the Naeba Ski Resort in Niigata, we have Fuji Rock.

The mighty Sigur Rós are the one big announcement that really made me consider opening my wallet for this festival. To see them play in such a picturesque setting would doubtlessly be an unforgettable experience.

Beck is another high-profile addition to the lineup, who I’m sure is selling tickets with his name alone. Rumor has it that there’ll be a dianetics stall next to the stage during his set offering free personality tests, so check that out if you feel like you need your life re-evaluated by a stranger, and want to digest some silly stories about an alien lord by the name of Xenu.

Babymetal are back with their pop idol-metal crossover racket, Battles return to Japan with their delightful experimental din, and Deaf Heaven satisfy the shoegaze hipster, black metal niche. I had a few genuine laughs scrolling down the lineup and noticing names like Kula Shaker and Stereophonics. Those bands still exist?

Oh, The Red Hot Chilli Peppers are headlining too. I guess my eyes refused to absorb that information on first glance. Although their music is, to me, as enthralling as watching cold porridge drip slowly down a wall; I’m sure their candid tales of drug use and living under bridges will be lapped up regardless. Well, it could have been worse, could have been The Foo Fighters. 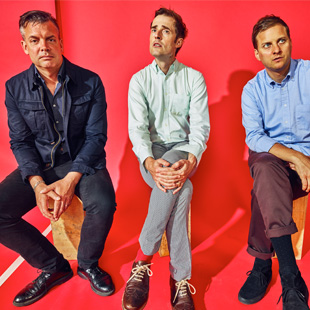 But never mind the line-up. This festival is an experience different from most, set in a beautiful location, and boasting plenty of other entertainment apart from the music. Did I mention that there’s all-night hot-spring baths? If you’re a grouchy snob like me, who actually experiences physical pain when subjected to some of these bands, you can always go for a dip in the hot spring and feel all your worries float away.

Like all other music festivals, it will be the thrill of discovering smaller bands previously unknown, and the new friendships made with fellow music aficionados that will make the trip worth it.

One festival is easier to access and has a slightly better lineup of well-known bands, but the other provides a rural getaway and a more traditional festival experience. Whichever one you pick, or both (lucky sod), you’ll come back with countless stories to tell, and perhaps a new favorite band to irritate your friends with.

Just make sure you’re not near me when Stereophonics are on stage. I assure you, it won’t be pretty.