If your preferred route to and from Narita Airport is the Keisei Skyliner, then you’ve probably noticed the incredible number of solar panels installed along the tracks near Chiba New Town Chuo and nearby stations. I had nothing to do with this project, but like a proud father I watched it develop from its infancy to its current length of nearly 10 kilometers, the longest solar array in Japan.

I’ve long felt emotionally connected to Japan’s energy sector because I arrived so soon after the 3/11 earthquake, when the sector was in crisis. The earthquake and tsunami resulted in the closure of all of Japan’s 54 nuclear reactors, depriving Japan of roughly a quarter of its energy needs. Conservation initiatives soon followed, such as the reduced use of AC, the use of stairs instead of escalators and the conspicuous dimming of the neon lights at Shibuya Crossing. These actions were cheered but also created a sense of unease about the energy future of Japan. The statistics are staggering: Japan imported roughly 80 percent of its energy prior to the earthquake. This figure has remained above 90 percent ever since, as nuclear power is slow to return (only seven reactors have been re-started).

It is in this context that I became increasingly aware of alternative energy news in Japan. Feed-in-tariffs that subsidize alternative energy led to dramatic increases in installed solar capacity; between 2008 and 2016, cumulative installed solar capacity increased nearly tenfold. I went out of my way to visit Tokyo Tech’s Environmental Energy Innovation Building, which is adorned with 4,570 solar panels. 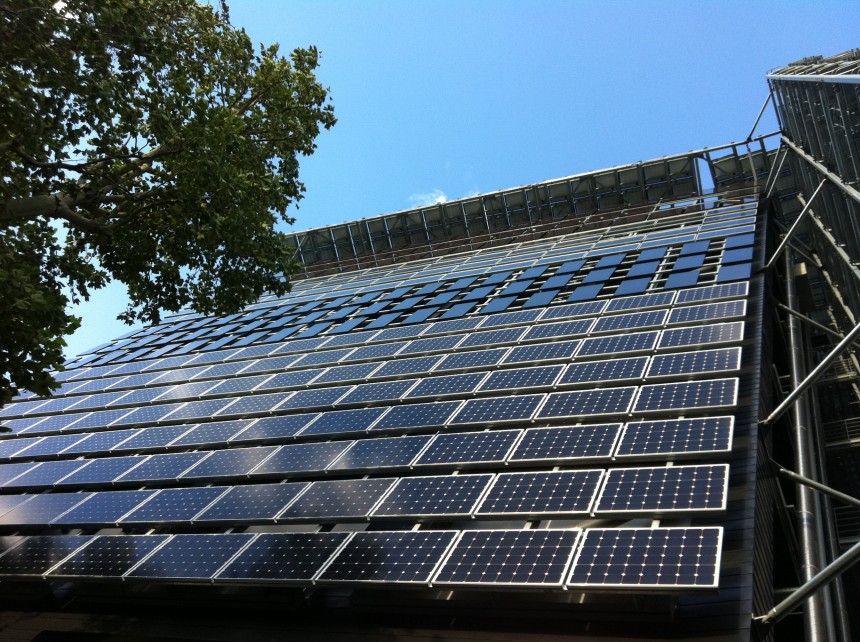 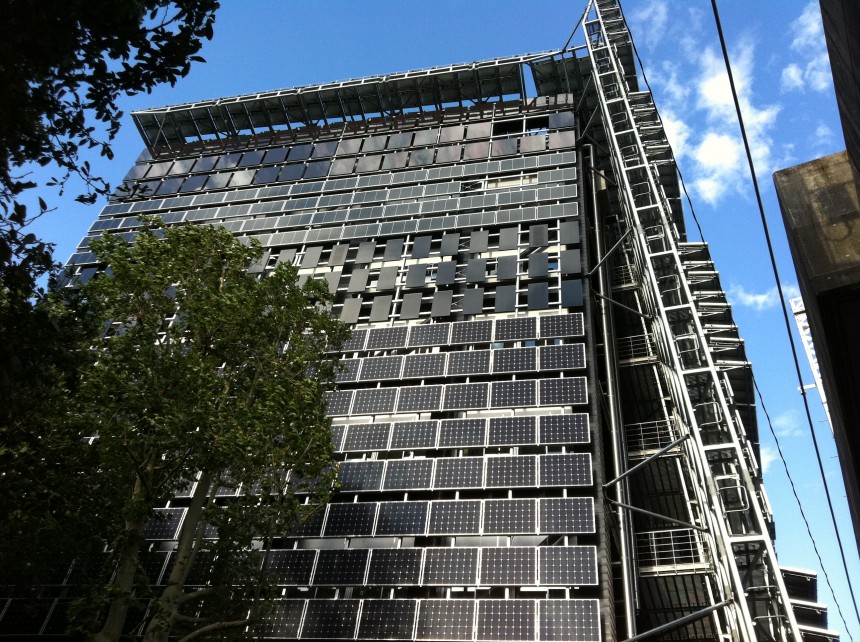 And in the process of learning about Japanese alternative energy I became fascinated with one project in particular: Panasonic’s Fujisawa Sustainable Smart Town (Fujisawa SST). My notes from 2012 reflect this zeal: “One project that has caught the world’s attention, and which I am eager to keep tabs on, is the Fujisawa SST project…whether this is greenwashing, only time will tell, but it’s the type of project that has the potential to energize Japan’s economic attitude and give us some hope for the post-peak world.”

Fujisawa SST is located in Kanagawa Prefecture, 2.5 kilometers west of Fujisawa Station (Tokaido Line, 45 minutes from Tokyo Station). Renderings of the town depict new houses topped with solar panels and clustered around a small circular park. I wanted to check-in on the town’s progress, so I stopped by in June 2012 during a trip to nearby Enoshima. To my surprise and disappointment, I found a vast, barren and empty site. The situation looked no different when I visited again in 2013. 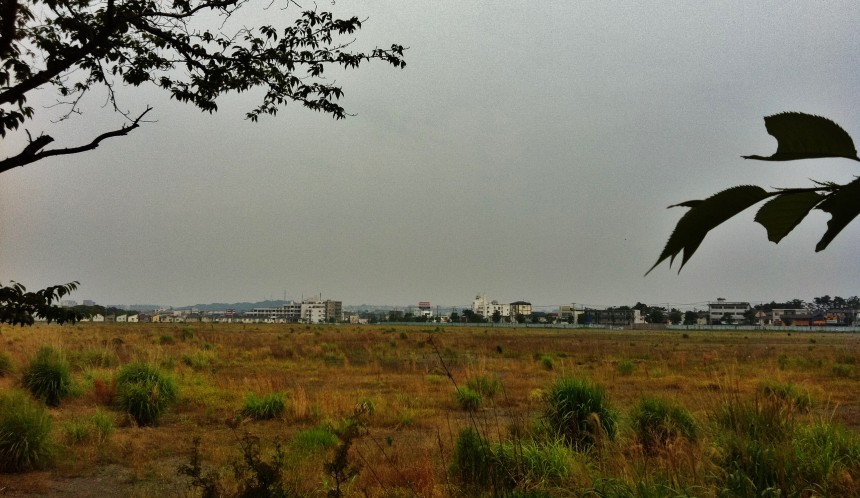 Fujisawa SST opened in November 2014, but it wasn’t until a sunny day in February 2016 that I made my first successful visit. By then there were more than 300 single-family homes squeezed into an area of about 21 acres; typical lot sizes are about 0.033 acres, or 1,440 square feet. By comparison, the median lot size of new single-family houses sold in the United States in 2016 was 8,428 square feet, which is five to six times larger. The density of the town was quite noticeable, as were the ubiquitous rooftop solar panels. Otherwise, there were no other obvious “smart” features to the outside observer. The town’s website describes eight “smart services” that include energy, mobility and security (i.e. surveillance cameras).

Next to the houses is Tsutaya’s sprawling Shonan T-SITE, which exudes the same stylishness as the widely-admired Daikanyama T-SITE in Tokyo. This facility includes a bookstore and coffee shop, as well as a handful of other stores specializing in, for example, yarn, pets and home goods. 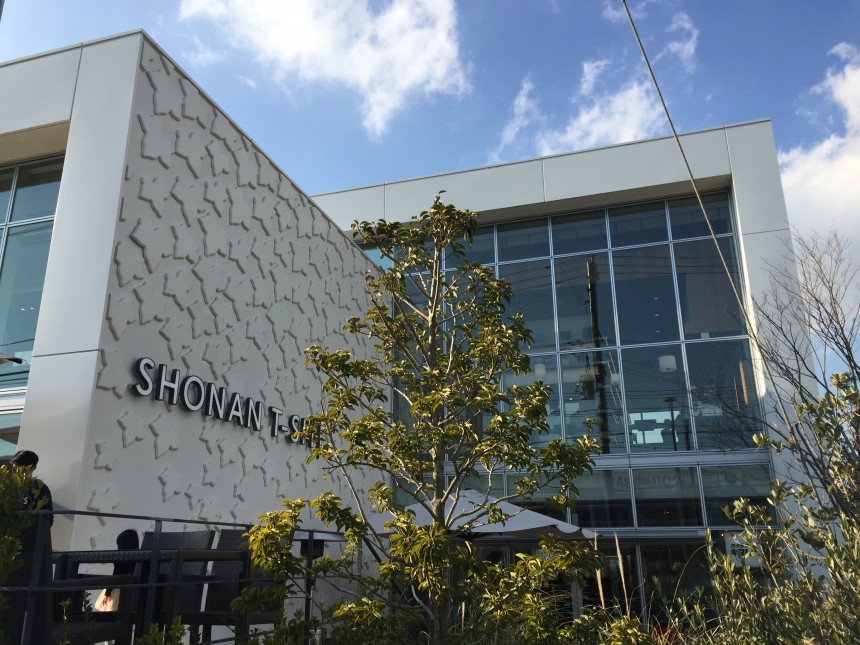 Also in Kanagawa, near Kawasaki, is Tsunashima SST, which opened this year. Marketed as the next phase of Panasonic’s “SST strategy,” Tsunashima SST is wildly different from Fujisawa SST. Built on a site of under 10 acres, only about 10 percent of the acreage appears dedicated to residential areas. The rest of the site will be used for commercial purposes, including Apita Terrace Yokohama Tsunashima, a shopping center that opened in March. The Tsunashima SST website also creepily lists “surveillance cameras” as one of the key smart town features. Also a part of Tsunashima SST is Apple YTC, an R&D center that stands for Apple Yokohama Technology Center. While the site’s mixed-use feels forward-looking, a large parking structure attached to the mall maintains a 20th-century feel. It’s hard to take a “sustainable smart town” too seriously when it functions like a suburban mall. I want to be a believer in Panasonic’s sustainable smart towns, but I suspect that the sustainable concept will lose out to the smart concept nine times out of ten. What “smart” means is anyone’s guess, but one thing’s for sure: there will be surveillance.