It starts with a memory — a mouthful of frosting or crumble, or the sensation of ripping open a chocolate bar on your way home from school one day. Oftentimes, it’s less about how the moment tastes. Nostalgia, the kind that drives innovators and artists everywhere, roots itself in context, be it the parent whose hands guided yours over the rolling pin, the loud chatter of aunts crowded around the oven, or the friendly cashier dropping a handful of change into your palm at the liquor store.

Born in Hyogo Prefecture, Megumi Maeno traces her genesis as a rising star in Asia’s pastry capital to making Valentine’s Day sweets from scratch with her mom in elementary school. “I’ve always enjoyed making things with my hands,” Maeno says. “In school, I tended to gravitate toward the more creative subjects, like art and music.” After graduating from Osaka School of Culinary Arts in 2008, Maeno trained under world-renowned chocolatier Hironobu Tsujiguchi at his Nagoya boutique, Fortissimo H, for five years. She’s now a pastry chef at Grand Hyatt Tokyo, a luxury hotel in Roppongi, where she works under Executive Sous Pastry Chef Junichi Goto, an award-winning chef known to produce some of Japan’s top pastry talents.

Maeno has developed a habit of finding inspiration in all that surrounds her, from the simple beauty of ‘everyday things’

Maeno, a fresh-faced 30-year-old with a perpetually observant gaze, divides her days into a series of meticulous, often redundant tasks. One floor down from the Grand Hyatt’s glamorous lobby is a labyrinth of beige, windowless walls that eventually lead to a bustling kitchen, the birthplace of all things sweet for the hotel’s 10 plus restaurants and bars. In addition to filling orders from Fiorentina Pastry Boutique, a popular teatime spot among locals, and building custom cakes for up to 13 weddings a day, Maeno spends her evenings training for tournaments. Next October, she’ll be representing Japan at the Mondial des Arts Sucres in Paris, one of the most prestigious international pastry competitions of the year. 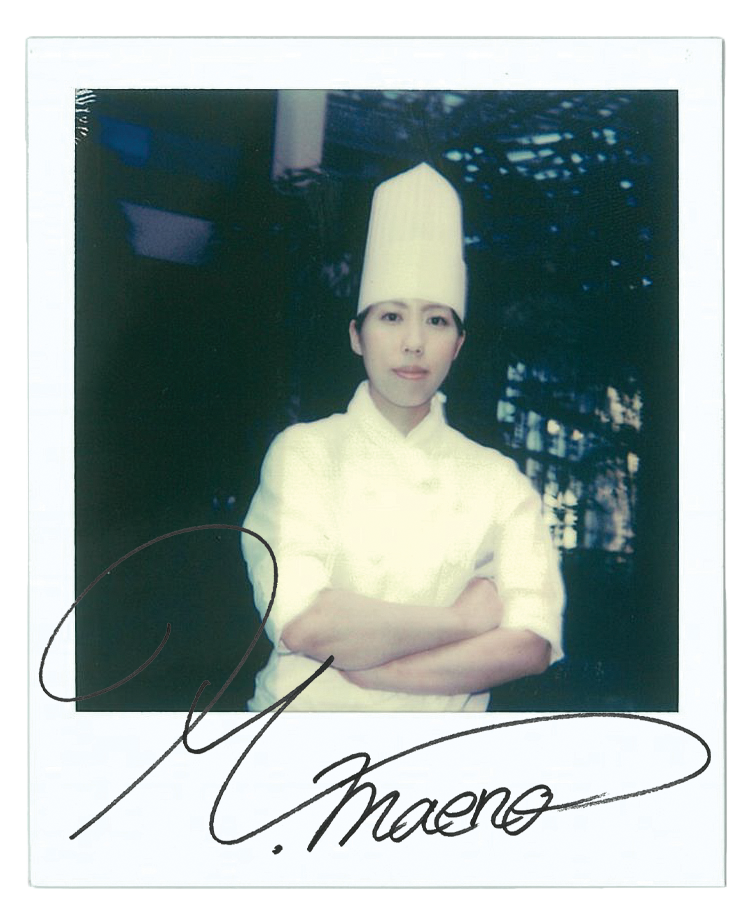 In many ways, Maeno’s battle goes beyond building the perfect cake. While the Hyatt group emphasizes equal opportunity, Japan’s culinary world remains notoriously male-dominated, and pastry chefs are no exception. “In culinary school, it’s mostly women, but those who go on to establish shops or pursue executive chef positions — due to stamina or other lifestyle differences — tend to be men,” Maeno says. Echoing her words is a 2017 report by the Japanese government that found that women make up just 13 percent of managerial positions in the country. Due to systemic barriers in the workplace, many women are forced to choose between marriage or a career, and about half of Japanese women quit their jobs after giving birth to their first child.

“I’ve probably missed my shot at marriage,” Maeno says, flashing an unwonted smile. The patissier seems only half bothered by her bachelorette status, grounding herself in the freedom to pursue success in a field that she loves — a luxury not always afforded to those in her immediate circle. “A lot of my friends are mothers now, and I feel envious of that at times,” Maeno says. “On the other hand, I imagine they look at me sometimes and wish they had what I have.”

In preparing for next year’s competition, Maeno has developed a habit of finding inspiration in all that surrounds her, from the simple beauty of “everyday things” to art museums, food magazines and the Instagram feeds of other cutting-edge chefs in her field. The key, she says, is constantly keeping your eyes peeled. “If you surround yourself with great things, your standards will also rise to that level,” Maeno says. “What somebody else sees as 100 percent might only be my 30 percent.” The pastry chef’s dream is to start her own business in Tokyo one day. Unlike most confectioneries in the capital, Maeno’s cake shop will specialize in made-to-order products only.

For Maeno, the act of making something delicious will always be, in some respects, a Valentine’s ritual. For Tsujiguchi, it was his first taste of strawberry shortcake at a birthday party in third grade. Walking down a grocery store aisle and spotting a tub of Nestle cookie dough did it for Christina Tosi, founder of the scrumptious Milk Bar empire. Whatever the moment, life’s sweetest sensations have a tendency to ground themselves in a single, remarkable bite, which, when recreated, penetrates much more than our taste buds.