An oasis of sandwich perfection

Tokyo seldom disappoints in the culinary department. Between its numerous Michelin-starred restaurants, matsuri (festival) street food, and slew of foreign-owned establishments and pop-ups, there’s something for everyone. Your cravings, be they for Ethiopian injera or artery-clogging burgers, can eventually be quelled with some train fare and a determined attitude. However, a few comforts from the West often fall somewhat short—notably the sandwich. Foreigners are often heard griping: “Why is this so small?” “No turkey?” “Only white bread?” and “Where can I get a sandwich that invokes nostalgic memories of home and makes me regret eating the whole thing?”

Cue in The Earl, a sandwich shop making big waves in the Akasaka area and beyond, serving up legit menu items and friendly service to boot, in English and Japanese. 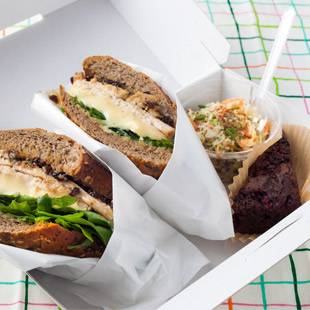 (Photo courtesy of The Earl)

Named after the Earl of Sandwich himself, the shop sits on a quiet street corner close to Akasaka Station, within easy access to Tokyo’s many business districts. It was originally established in 2006 to fill a gap in Tokyo’s sandwich world, one lacking variety and gumption. Proprietors Malcolm Mahs and the mixed martial artist and NHK announcer Lenne Hardt are the masterminds behind this operation, which these days serves up between 100-150 sandwiches a day. Though 80 percent of The Earl’s orders are catered for local businesses, other clients—besides individuals stopping by—include international schools, recording studios, TedTalks (once ordering 540 sandwiches in one day), and the occasional celebrity, all seeking out The Earl for its unique sandwich combinations and homemade signature sauces.

Sandwiches are cleverly personified, named after places and their associated flavors. The most popular by far is the Durango Jango (¥1,300), made with chicken, avocado, bacon, and their special “Jango” sauce. Also in popular demand is the Captain America (¥1,500), a mouthwatering combination of turkey, caramelized onion, cranberry sauce, and garlic aioli; think hipster Thanksgiving. 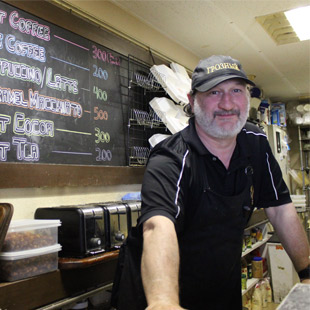 Vegetarians and vegans are also well-catered for. The Earl offers four satisfying sandwiches for your palette, including the Venusian Vixen (¥1,300), with marinated chickpeas, char-grilled veggies, olives, hummus, and lemon confit.

Not feeling a sandwich? No problem. Turn your sandwich into a salad or wrap, or try a burger, soup (including tomato rosemary!), or a few sweets from afar including chocolate chip, raspberry, or walnut brownies (¥300-350) and carrot cupcakes (¥400). Everything can be customized, a rarity in Tokyo’s rigid menu-abiding society.

Sandwiches can be ordered ahead of time for pickup or delivery to Tokyo proper. Individuals can also visit the shop and enjoy a sandwich in their small yet pleasant seating section. Employees at The Earl, including Mahs himself, never fail to smile, say hello, and engage in friendly chatter, making the sandwich all the more delicious.

Whatever your choice, you are bound to feel satiated and eager to come back to discover more of their range.