A recurring theme over the past 18 or so months has been the stop/start, announcement/postponement and cancellation of thousands of events worldwide. From small, independent gigs and exhibitions to major festivals and conferences like South by Southwest, Coachella and Fuji Rock Festival, creative communities and economies have been hit hard by the pandemic. Economically, the data is readily available. South by Southwest, for example, which was cancelled in 2020 and went online in 2021, brought an estimated $325 million USD to the Austin economy in 2016 alone. More difficult to quantify, though, is the cultural impact the past 18 months has had on communities.

KYOTOGRAPHIE International Photography Festival was first organized by French photographer Lucille Reyboz and Japanese lighting artist Yusuke Nakanishi in April 2013, not long after the 2011 Tohoku earthquake and tsunami. One of the motives behind creating the festival, says Reyboz, was the opportunity to reunite a fractured country and bring people together through discussion around common issues such as the environment and the celebration of local artists. Since then, the festival has flourished and has made an indelible impact on the cultural landscape of Kyoto and Japan. 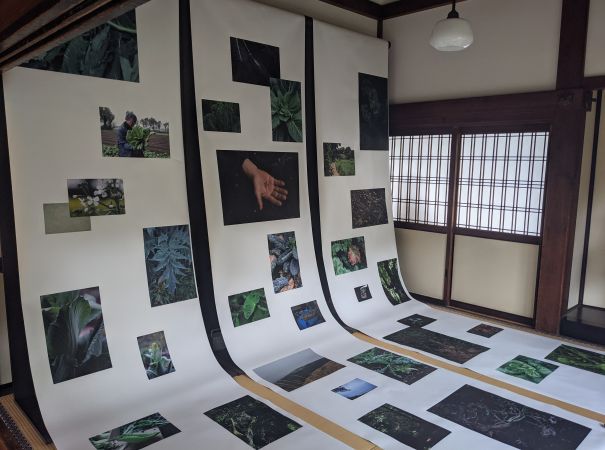 Yuna Yagi “The Record of Seeds” Ryosokuin Temple (Kennin-ji Temple) is printed on a traditional Japanese hanging scroll in order to blend with its temple surroundings.

The theme of this year’s event is “Echo” and Reyboz and Nakanishi have curated a range of installations which examine the ways in which the past echoes into the present and the present echoes into the future. 10 years since the Tohoku disaster, Nakanishi says that this year’s festival is a way to reflect on the events which have shaped our current world and create experiences and conversations which will ultimately shape the years to come. Kyoto is a city steeped in history and tradition and, since KYOTOGRAPHIE’s beginnings in 2013, Reyboz and Nakanishi say that, rather than impose itself onto the city, a key focus of KYOTOGRAPHIE has been to integrate into the community at large. Through this, Reyboz says, they’ve been able to give back to the community and support struggling traditional artisans such as kimono designers by creating opportunities for networking, discussion and collaboration with visitors and other locals. Developing their permanent space, DELTA — located in Masugata Shotengaï — has been another important step in engaging in the community year-round, Reyboz says.

“In Kyoto, each area has its own story, it’s made up of many small villages connecting to each other.” 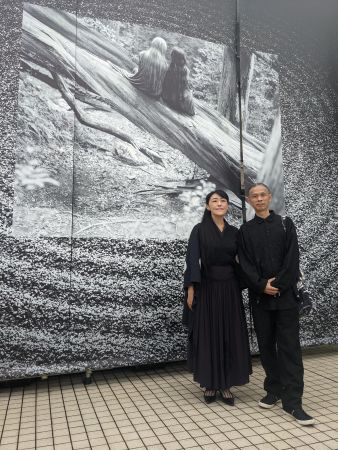 This emphasis on integration is also visible in each exhibit with installations at historic sites such as Ryosokuin Temple and Lake Biwa Canal Museum carefully curated to connect with their surroundings. Nakanishi says that bringing the artwork as close as possible to its audience offers viewers a more immersive experience, “We want to make art a democracy and show art to everybody, not just art fans.” Inclusivity has been a large consideration for Reyboz and Nakanishi and getting to know the city has helped their programming. “In Kyoto, each area has its own story, it’s made up of many small villages connecting to each other,” says Reyboz. “We want to introduce people to the communities outside of the tourist areas, places that have their own unique charm.”

Reyboz and Nakanishi say Kyoto’s international arts community has expanded in recent years and KYOTOGRAPHIE has been an important tool in helping them to bring this creative community together. In the past, photography was a more collaborative medium, with artists working together on projects such as magazines and exhibitions. Now, with the proliferation of the internet, artists work more individually which has resulted in limited opportunities for networking and collaboration. Through this festival, local artists have found opportunities to network with other domestic and international artists as well as industry professionals and mentors, creating opportunities for networking, education and artistic collaboration. Nakanishi explains that previous young participants have gone on to exhibit in galleries overseas and publish their own photography books. 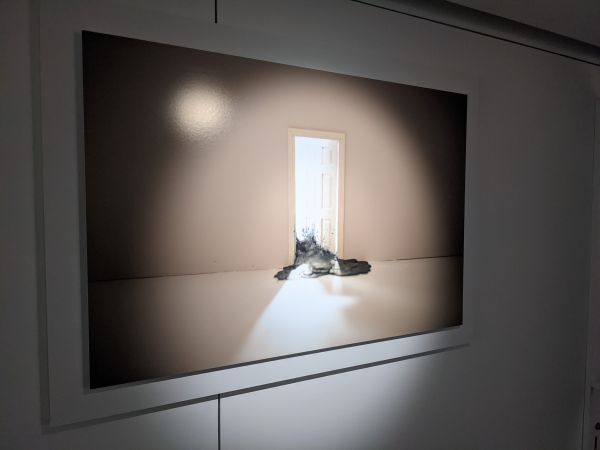 Part of the festival’s satellite program, KG+ select was introduced in 2017 and has since been an integral part of the event. Designed to promote and support emerging artists, each year the program offers 10 local and international photographers the opportunity to exhibit their work and the chance to be selected to exhibit in the main program the following year. Organizers offer participants financial support, PR opportunities and a space to exhibit their work as well as networking and educational opportunities. As opposed to passively attending the festival, this satellite program has allowed local artists to fully engage with the event and develop their skills and networks. The winner of 2020’s KG+ Select, Yingfei Liang, returned this year with her “Beneath the Scars” installation which examines the lasting effects of sexual assault on its victims — one of this year’s most disarming and unforgettable exhibits. 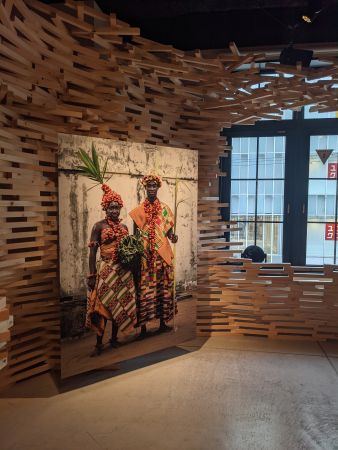 2022 will be the 10th edition of KYOTOGRAPHIE and Reyboz and Nakanishi plan to reinstate some of the elements they’ve been unable to include in recent years such as live performances and music as well as returning to a spring event. As opposed to continuously expanding the size of the festival, Reyboz and Nakanishi have typically gone deeper in scope, focussing their efforts on developing their educational programs around the Kansai area. They’ve developed a portfolio review program for young professionals as well as workshops and master classes which have helped develop the careers of young artists and the future of Kansai’s artistic community. While they’re unable to say too much about the theme of next year’s event, Nakanishi says the event will focus on universal issues and discussions about the future.

Festivals like KYOTOGRAPHIE highlight the importance that creative events play in our local communities, something that has largely been missing over the past 18 months. Particularly in times of national or global uncertainty, events like KYOTOGRAPHIE bring people together, offering a space for new connections and discussions, forcing us to reassess our presumptions. By engaging with the community at large, well-organized events create opportunities for local businesses and artists, giving back to the local economy and culture and shaping future generations of creatives. As a city-wide event, KYOTOGRAPHIE allows you to see the truly dynamic characteristics of Kyoto, supporting families and businesses in less-travelled areas. Over the past nine years the echoes of the past have helped make KYOTOGRAPHIE what it is today and the influence of KYOTOGRAPHIE will continue to echo into the future.

KYOTOGRAPHIE 2021 continues at various locations throughout Kyoto until October 17.

KYOTOGRAPHIE 2022 is currently being planned for Spring 2022.