The singer for what may be Japan’s “it” band of the moment is a refreshingly down-to-earth guy. In a half-hour interview with Metropolis at The Fin.’s Tokyo record office, Yuto Uchino is not embarrassed to admit the group started as a Strokes cover band.

“Actually, we’re all friends since we were four,” he laughs. “We went to the same kindergarten in Takarazuka. It’s a beautiful town; you should come sometime.”

The Fin. may have started as a cover band, but they quickly evolved into a vehicle for Uchino’s synth-driven indie-pop creations. “I was writing for another band,” he recalls, “but decided to ask my friends to play my songs.” 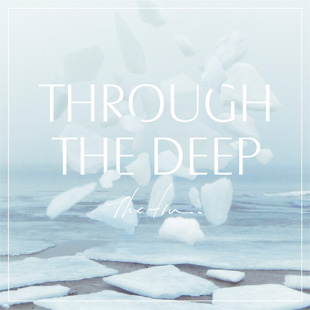 The durable friendship between Uchino, guitarist Ryosuke Odagaki, bassist Takayasu Taguchi, and drummer Kaoru Nakazawa—now all in their mid 20s—provided the foundation for a fast ascent to the top of music blogs and streaming websites across Japan.

That came in the form of a track they put out on SoundCloud, which brought them thousands of listeners in a sudden swarm in 2013. “A lot of people listened to it, and just like that, we got signed,” Uchino says. “We hadn’t done a lot of gigs, but we had a lot of original material and the internet.”

The Fin. was soon entertaining offers from major labels, but opted to sign with indie imprint Hip Land. “I don’t like major labels because they approach their job as a manufacturer, not as art creation,” says Uchino. “But Kazuto from Hip Land was really thinking about the band, so I felt I could focus exclusively on music and create only what I want.”

When Glowing Red On The Shore dropped in 2014, Uchino gained a reputation for stylish songs that blend aspects of synth-pop, chillwave, and dream-pop. Word spread, and The Fin. soon found themselves signed to U.K. label Lost In The Manor for their Night Time EP.

Tours of Europe, the U.S., and Asia soon followed. Aside from the international sound of their music, the fact that Uchino sings in English has also made them accessible to an overseas audience.

“I’ve been listening to music in English since I was a child, because my mom and dad like British and American rock like the Rolling Stones, so it’s natural,” he says. “Actually, I used to write in Japanese, but it didn’t work well for me, because the rhythm is so different. I was listening to music only in English, so creating Japanese lyrics didn’t mesh.”

Uchino’s international experiences inform the lead track off their brand-new EP Through The Deep. “The first song, ‘White Breath,’ is about our trip to Ireland a year ago,” he explains. “We went to film a video and it was winter. It was so cold and rainy. I was moved by the scenery and people. It was very beautiful but bleak and lonely, because Ireland is so far from Japan, and so different. The song is about the gap between the good and bad energy.”

The Fin.’s songs are very much Uchino’s personal creations, but the band has found a way to balance his leadership with friendship rooted in childhood. “I create demos and arrange all parts: drum, bass, guitars, synthesizers. Then I send my demos to the members and they learn the parts,” he says. “Sometimes it’s difficult, because friendship is weak and easily broken. But we’re brothers, so we can say anything to each other and it’s not going to be a disaster.”

With a nationwide tour to be followed by the U.K. in May and an Asia visit in June, Uchino won’t have much time to slow down. But one can’t help feeling that his innate introspectiveness will remain, no matter how much “fame and glory” the band finds.

“My hometown Takarazuka is near the sea, so sometimes I go to the beach by bike, and just sit and watch the waves, and hear the sounds thinking about my life,” he muses. “Making music is like creating alter egos one by one—like translating myself into the music.”